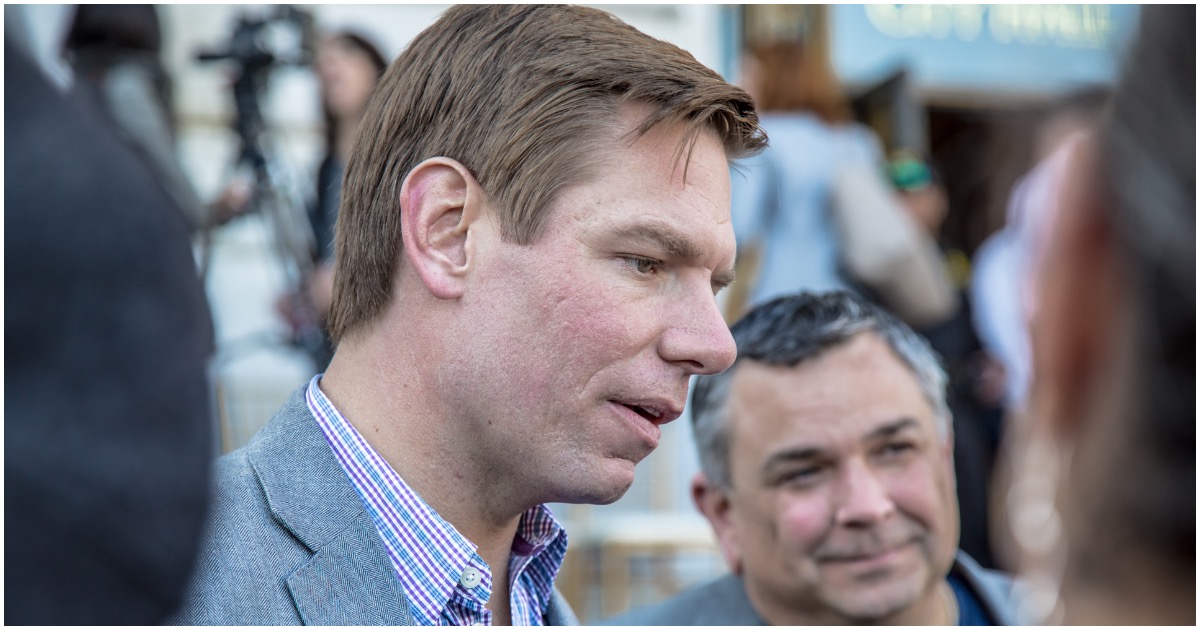 Not only is California Democrat Eric Swalwell wildly anti-gun, he’s also losing bigly in the polls.

That was to be expected.

But now, things have taken a turn for the worse as Dems are writing off Eirc after his debate performance on Thursday night.

Check out his new logo, which stems from Swalwell telling Joe Biden to “pass the torch” to a younger generation of liberal Dems:

Pass the torch, @JoeBiden. It's time for a new generation to lead. #DemDebate #Swalwell2020

I had great hopes for you

But you need more time baking in the oven son, you are still too doughy in the center

Pass the torch to such a rude green twig?

Nah I'll just pass you by

In most cultures
Elders are revered & sought out for their wisdom

Not a good look… I've heard enough disrespectful rhetoric from the current clown show in the WH in the past few years to last a lifetime.. sure didn't expect that from you, Sir.

I’m unfollowing you as of NOW. I have student loans debt but I would never speak to anyone the way you spoke to @JoeBiden . You are not the candidate I thought you were. I wanted you to run for President but not anymore.

As a nurse who works for Medicaid, @ericswalwell, I resent your comments about insurance companies. Also, earn your keep before you try to take down an exemplary man like @JoeBiden.

You don't approve of racism do you? Well, ageism is not acceptable either. Your lack of respect to one who was VP for 8 yrs floored me. There are better ways to make yourself heard.

Eric, I like you but age harassment is not cool……knock it off.

I like you but you were very disrespectful in the debates tonight. A real turn off.

This is not going to get you elected, Mr. Swalwell!

This is not going to get you elected, Mr. Swalwell!

During a June 4, 2019, appearance on The View Democrat presidential hopeful Eric Swalwell reiterated his pledge to take AR-15s and similar rifles away from law-abiding citizens.

ABC News quoted Swalwell saying, “Ban and buy back every single assault weapon in America. I’m the only candidate calling for that.”

ICYMI: Biden’s Son Accused of Fathering Child While He Was Dating His Dead Brother’s Wife