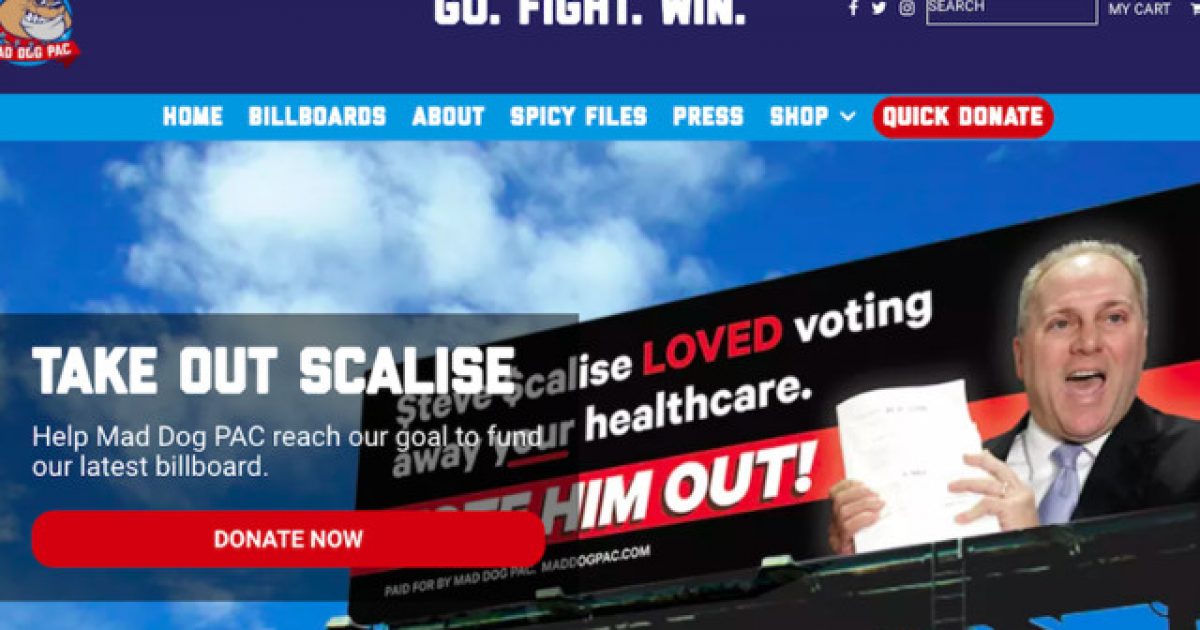 Leftists have a well earned reputation for being cruel and mean, saying horrible things to people, especially conservatives, totally ignoring their own principles of peace and tolerance while pushing their agenda.

It’s the very definition of hypocrisy.

While we’ve seen a lot of egregious garbage leaking out of the progressive camp, what a liberal PAC just asked people to do to a congress man shot last year is the height of insensitivity and is just plain vile.

A liberal group is raising money to put up a billboard to “take out” Rep. Steve Scalise (R-La.), who survived being shot while practicing at a baseball field in Alexandria last June.

The homepage of Mad Dog PAC’s website has a photo of the proposed billboard with a link asking site-goers for donations. The liberal group is the same organization behind a billboard with the message “IMPEACHMENT NOW” along the motorcade route to Trump’s Mar-a-Lago resort in Florida.

The PAC also sells shirts that read “The NRA is a terrorist organization” for $30 and denim jackets with the group’s logo for $200 apiece.

They already tried to take him out and, thank God, failed. #LiberalHypocrisy #liberalHATE #MAGA

These folks need to issue an apology ASAP for their thoughtless rhetoric and pull the billboard immediately.

WATCH: Chilling New Videos of Parkland Shooter Released, What He Says Will Disturb You