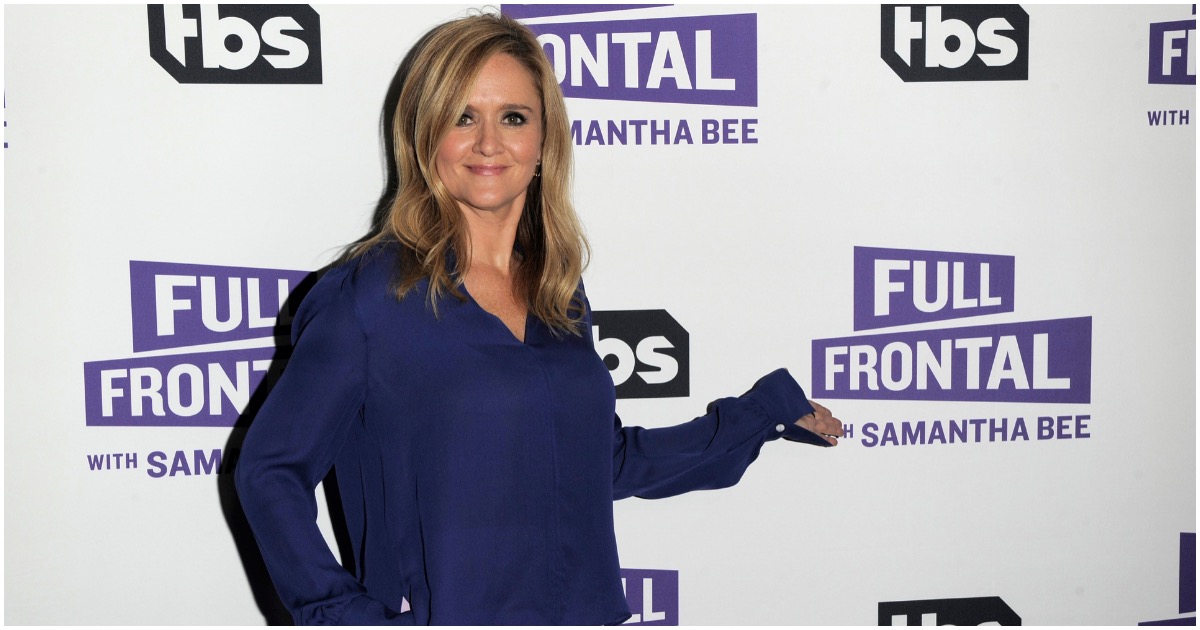 Samantha Bee is a flat-out nutjob. There’s no better way to describe her.

Time after time the TBS star says something extremely vile about President Trump and his family, yet she’s never called on her ridiculousness.

Comedienne Samantha Bee of “Full Frontal” television fame launched into yet another anti-Trump rant on Wednesday night, during which Bee compared the president to the deranged shooter who recently committed a mass atrocity in El Paso, Texas.

Bee said, “A compromise that gives everyone a win, including the El Paso shooter, who called for tighter immigration laws in his manifesto. This was one of the deadliest hate crimes against Hispanics in our country’s history. Using it to give our xenophobic president a win would be a slap in the face. It would be like if we passed reparations for slavery but only gave them to Mel Gibson.”

She added, “Trump and the Republicans have laid out a clear solution to end gun violence. First, cure the mental illness they invented, then get rid of video games, the internet, plus transgender people, same-sex marriage, drag queens, marijuana, kneeling athletes, and Barack Obama — and while we’re at it, all embrace Jesus Christ as our savior. It’s just that simple! Well, how about this? Get rid of the guns. If not, come November 2020, we’ll just get rid of you.”

Robert Francis “Beto” O’Rourke is failing rather impressively in all 2020 Democrat presidential polls.

AOC Attempts to Scare the Uninformed About ‘Climate Change,’ & It Instantly Backfires HARD

LOL: People Are Shocked to Learn Democrats Made ‘Racist’ Comments About Baltimore, Not Trump

Will Black and Latino voters deliver another “Trump miracle” in 2020? The numbers suggest it could happen…
October 21st, 2020 DC Dirty Laundry

YouTube confirms it will immediately ban all videos that question the “official” vaccine narrative promoted by the corrupt WHO and vaccine companies
October 21st, 2020 DC Clothesline