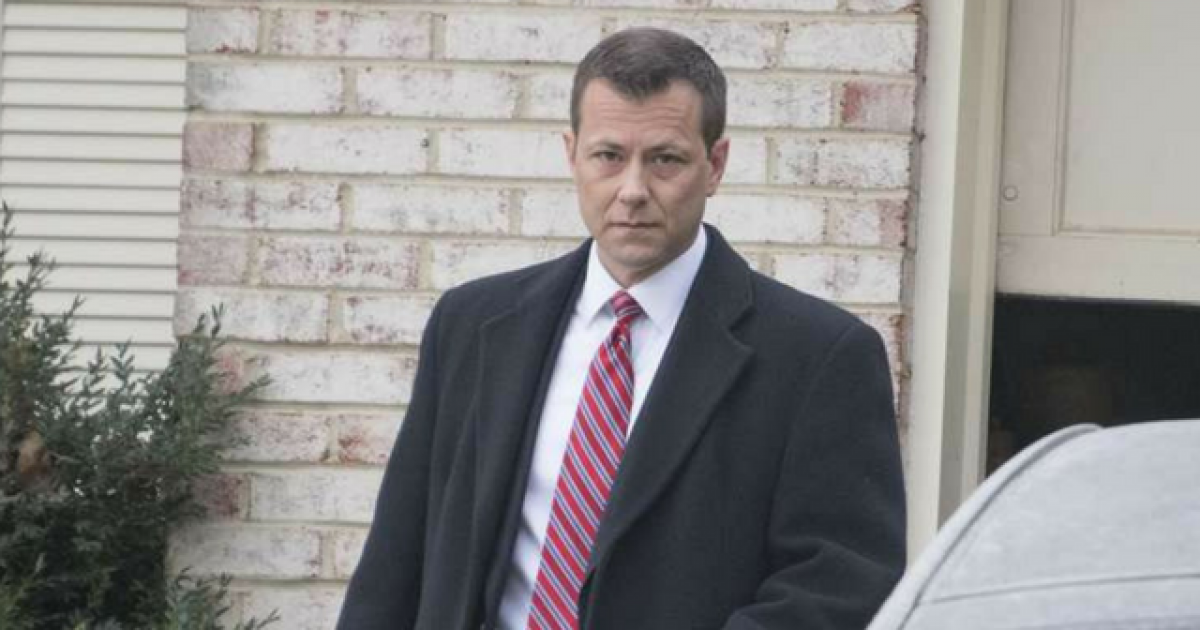 Peter Strzok, the FBI agent whose text to his lover, FBI lawyer Lisa Page, have been at the center of the controversy over the FBI’s handling of the Clinton email scandal, made an unexpected announcement through his lawyer Sunday.

Strzok, who helped lead the investigation into Hillary Clinton’s emails which were still ongoing during the 2016 election, revealed blatant anti-Trump bias in text messages exchanged with Page, with whom he was having an extra-marital affair.

The texts received new attention this week with the release of the Inspector General report on the FBI’s handling of the Clinton email investigation, and they remained at the center over what appears to be an incredibly unethical handling of the notorious case.

Strzok has now announced that he is willing to testify before Congress, where he hopes he can “clear his name.” He conveyed his willingness in a letter sent to House Judiciary Chairman Bob Goodlatte (R-Va.) via Strzok’s lawyer, Aitan Goelman.

“He thinks that his position, character and actions have all been misrepresented and caricatured, and he wants an opportunity to remedy that,” Goelman said.

“Pete is central to this story. We should let the American people see who he really is,” he added in comments to CNN.

According to Politico, Goodlatte had started the process to subpoena Strzok, but Goelman said the move is no longer necessary.

It appears Strzok believes he is innocent or is willing to testify against other FBI agents, or possibly both. It’s about time we heard from him directly, though, and we certainly hope that the DOJ continues to bring this case to its natural conclusion.

The FBI’s handling of the Clinton email investigation was clearly botched. There’s no doubt about that now. What is in doubt is whether or not anyone will be held accountable, which they ought to be. Heck, I think most Americans would be satisfied just to see Clinton get properly investigated–she may have lost in 2016, but no one has let the dream die of seeing this woman finally taken down for years of blatant corruption and incomprehensible lies.

I will tell you one thing–there’s no more sweeping this under the rug now.