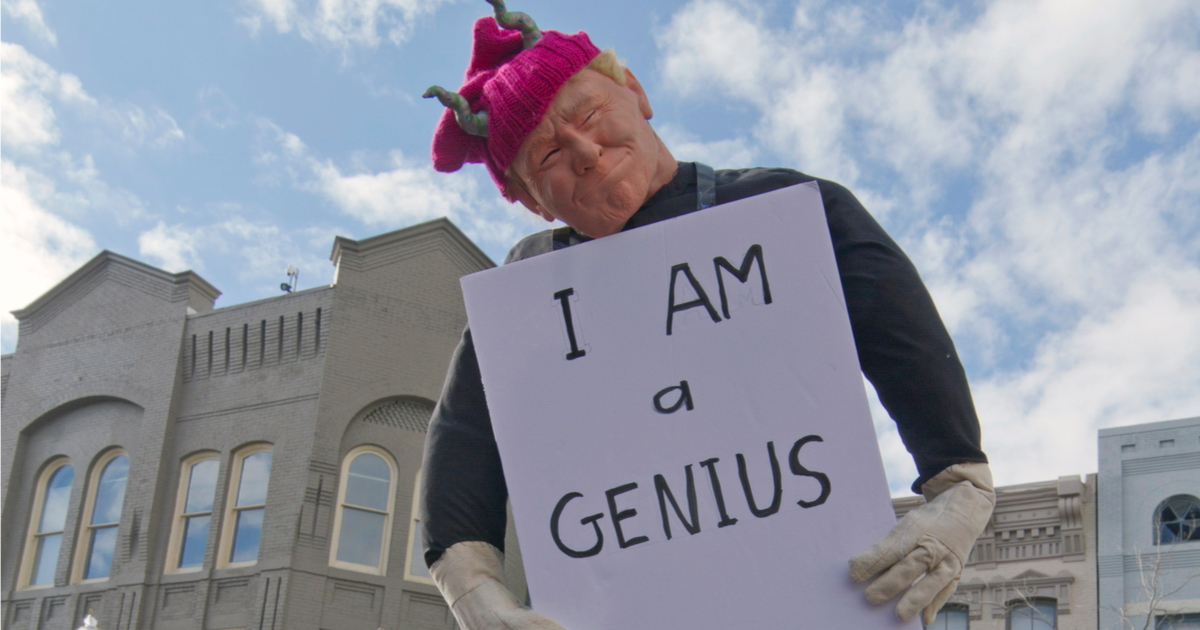 We all know that the liberal locale of California tends to lean left, politically speaking, but the Golden State has been in rare form over the course of the Trump Administration.

Starting with Trump’s candidacy for President, the people of California’s more liberal counties have been at the very forefront of the “resistance”.  We must remember that it was in California that then-candidate Trump’s motorcade was completely halted by protesters, and the eventual-President was forced to exit his vehicle and trek to the venue where he was set to speak.

California has also been home to a number of major, violent clashes over the First Amendment, with liberal students at UC Berkeley promoting the idea of authoritarianism over freedom through rioting in early 2017.

Now, yet another instance of pure, anti-conservative hatred has reared its ugly head out west, and this time there are some fairly “on the nose” insults being doled out.

The intricate and details display includes what appears to be an immigrant childin a cage, tombstones for departed White House staff members, caricatures of members of the Trump administration and other satirical elements.

A screaming scarecrow dummy with a name tag that reads “Ted Cruz” sits next to a sign stating the Texas senator is “The most punchable face in America.”

A bewigged devil figure bearing a “Donald Trump” name tag ominously says, “Come with me my child into the heart of darkness itself!” before emitting an evil laugh.

And Balsam’s digs at the President don’t end there:

Older kids who visit Balsam’s display on Halloween will receive something instead of candy. Balsam has printed up diplomas from “Trumpery University.” The papers read that they represent a “B.S.” degreefor “been suckered” and are signed by “President Trump, Commander in Cheese.”

There is no doubt that there will be other anti-Trump Halloween displays popping up around the nation in the coming weeks, but none may be quite this vile.