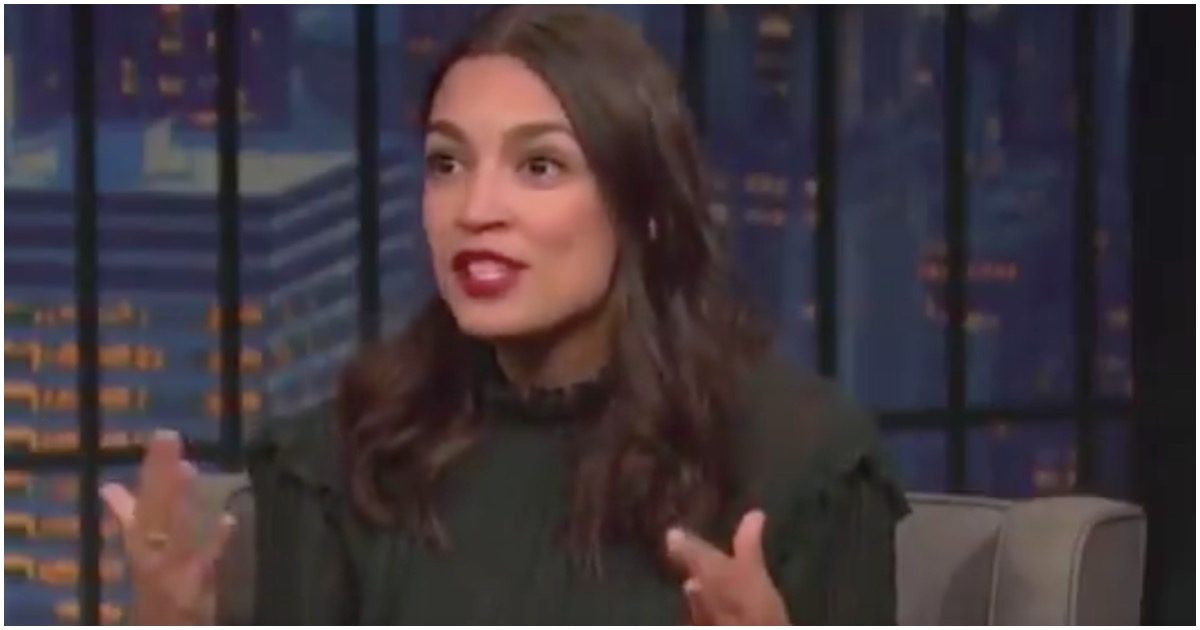 Freshman lawmaker Alexandria Ocasio-Cortez (NY) is only famous because she’s young and more often than not, has no clue about what she speaks. Quite the dangerous combo, so it makes sense she’s supporting 2020 socialist presidential candidate, Bernie Sanders (VT).

But AOC isn’t only clueless. Because of her words, she’s dangerous.

The mainstream media adores AOC because she’s a female who isn’t afraid to speak her mind, so they put her on a pedestal. You can almost be certain she’ll run for president the second she becomes constitutionally eligible, yet she’s out here saying junk like this…

.@AOC is encouraging Illegal Immigrants to fill out the 2020 U.S. Census: 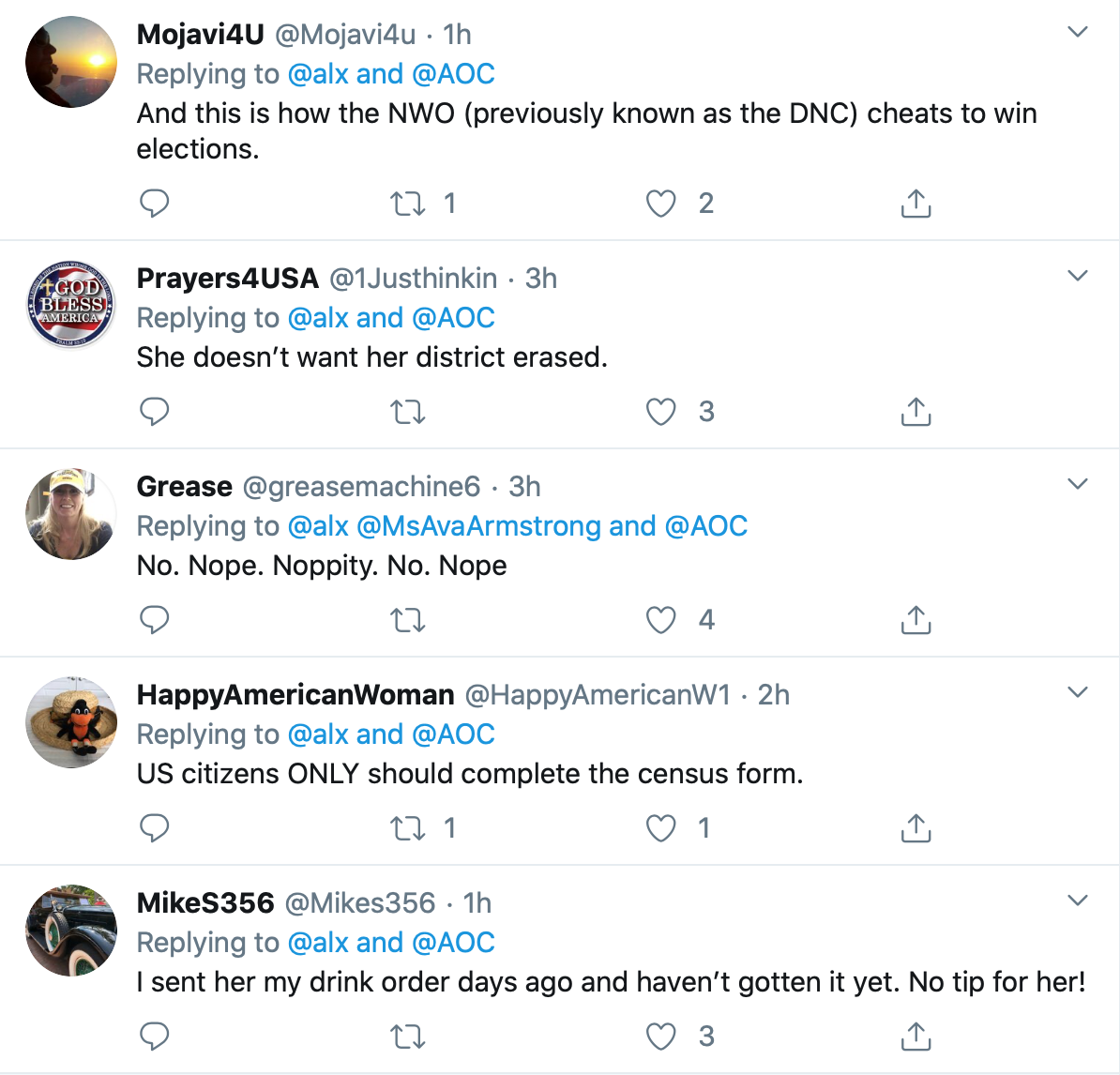 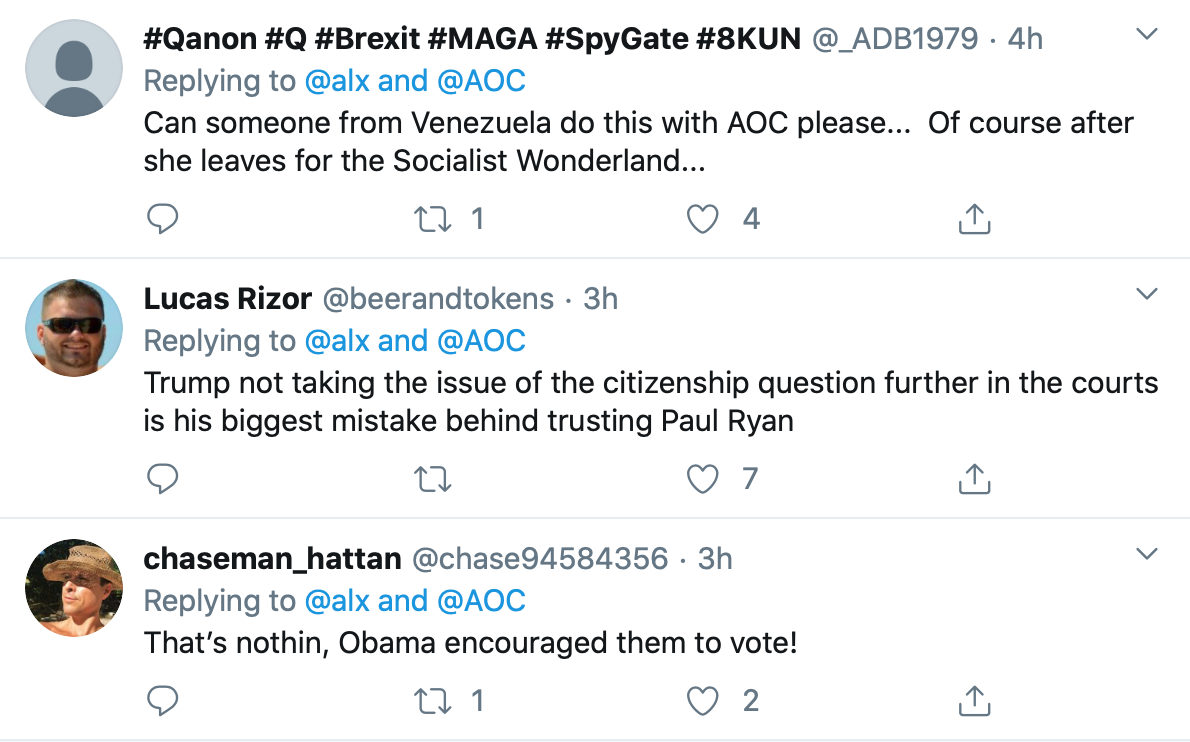 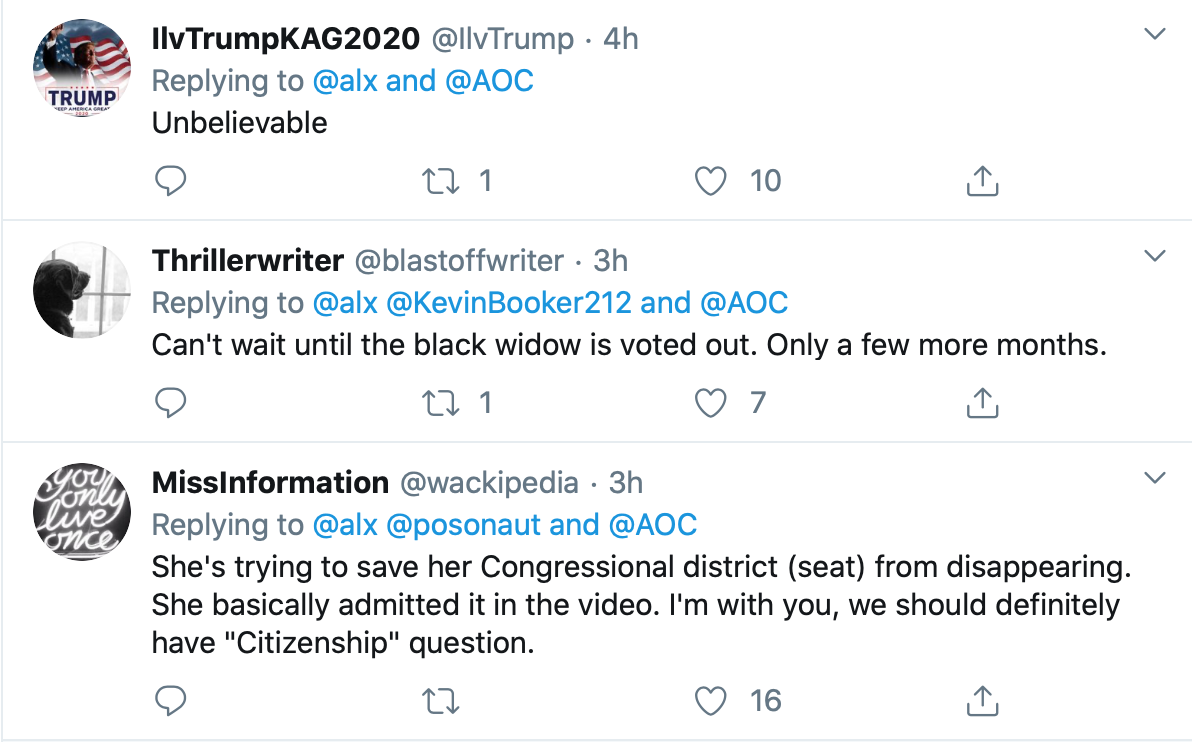 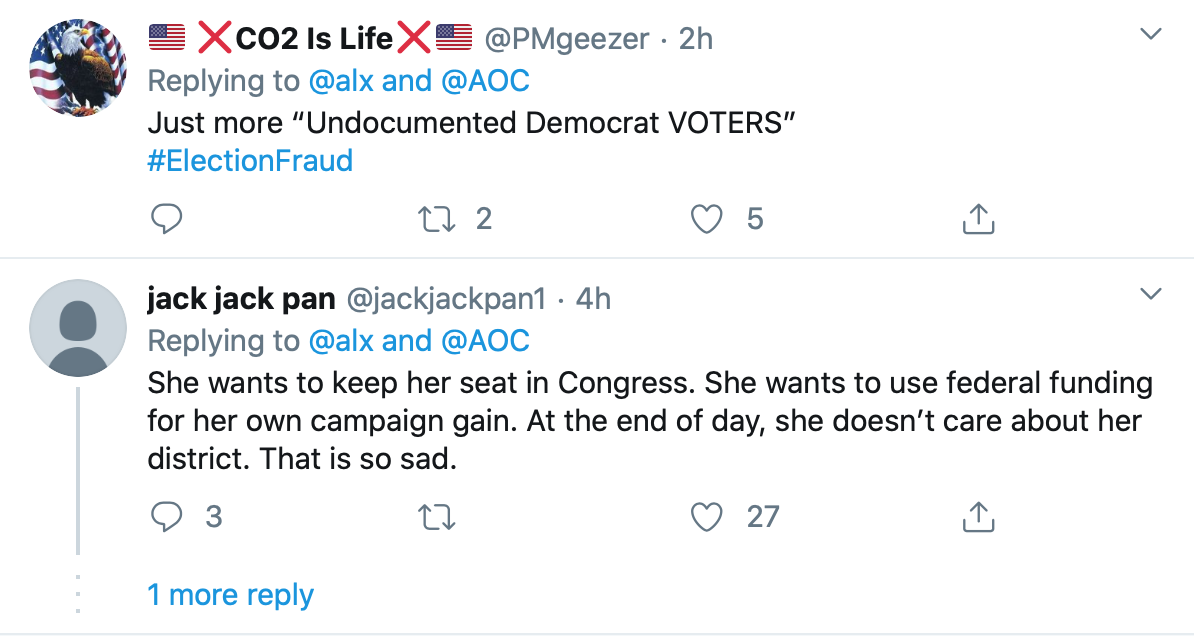 If New Yorkers don’t vote AOC out in November, Democrats might just find a way to get her out of office themselves…soon enough.

Rep. Alexandria Ocasio-Cortez (D-NY) may have anticipated a long and prosperous career in Congress, but if the Democrats in New York’s state legislature have their way, the freshman Member may be out of a job as soon as 2022.

According to pollster Frank Luntz, New York is likely to lose a seat in Congress after the 2020 census and Democrats in the state legislature will have to redraw the state’s Congressional districts as a result. Although there are plenty of places to cut, New York Dems are reportedly eyeing Ocasio-Cortez’s Bronx district for elimination because she’s been out of sync with state-level Democrats who control the process.

New York is expected to lose a House seat after the 2020 Census, and state Democrats are looking to draw out @AOC’s district.https://t.co/DYXvzqvWXm

Omar: ‘Sexual Predators’ Kavanaugh & Clarence Thomas Should Not Have Say On Women’s Healthcare