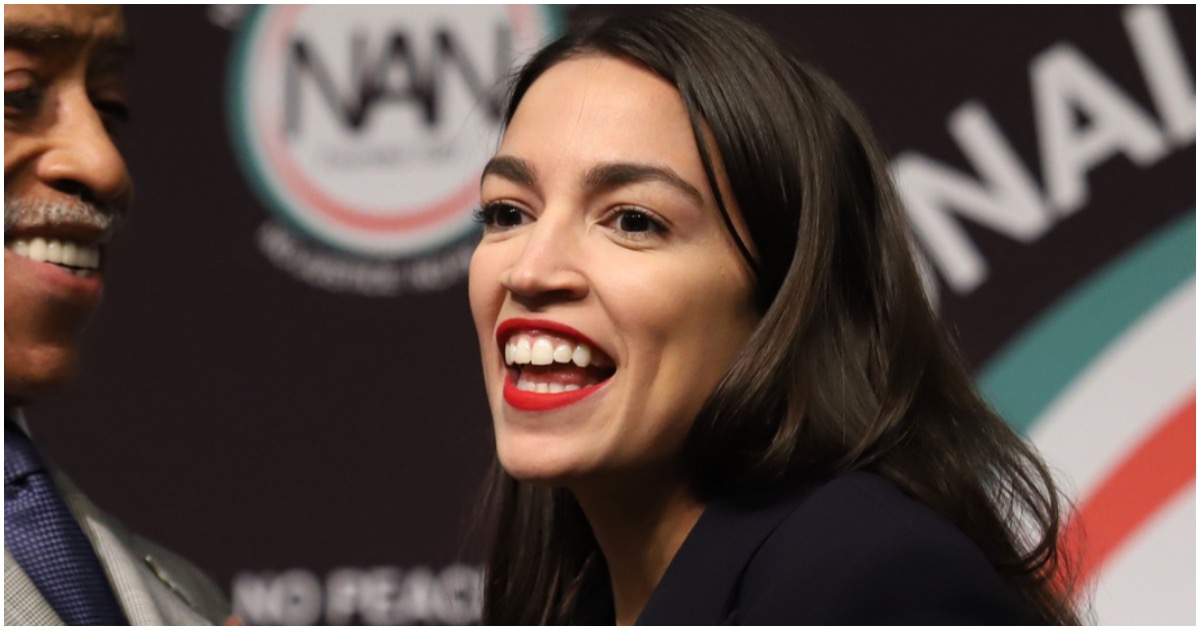 Here’s more from our friends at LidBlog:

Once again Democratic Socialist member of Congress Alexandra Ocasio Cortez has demonstrated she is either an imbecile or speaks without doing any research. Her latest idiotic rant accuses the Trump administration of operating concentration camps. According to the dim-witted Democrat:

The United States is running concentration camps on our southern border and that is exactly what they are. They are concentration camps. And if that doesn’t bother you, I don’t— I got nothing— I like, we can have, ok, whatever. I want to talk to the people that are concerned enough with humanity to say that we should not— that ‘never again’ means something, and that the fact that concentration camps are now an institutionalized practice in the home of the free is extraordinarily disturbing, and we need to do something about it. This week, children, immigrant children were moved to the same internment camps where the Japanese were held in the early, in the earlier 20th century. And this is, this is not even about a crisis for, this is not just about the immigrant communities being held in concentration camps being a crisis, this is a crisis for ourselves. This is a crisis on if America will remain America in its actual principles and values, or if we are losing to an authoritarian and fascist presidency. And so I think that that is, you know, I don’t use those words lightly, I don’t use those words to just throw bombs, I use that word because that is what an administration that creates concentration camps is. And a presidency that creates concentration camps is fascist. (video embedded below).

She doubled down on her idiocy today:

And for the shrieking Republicans who don’t know the difference: concentration camps are not the same as death camps.

Concentration camps are considered by experts as “the mass detention of civilians without trial.”

And that’s exactly what this administration is doing.

Obviously, AOC is trying to recover from her original foolishness. While not all concentration camps are death camps, she used the term “never again,” which was a direct reference to the Holocaust. The concentration camps used for Hitler’s final solution were death camps. And I am not saying that as a shrieking Republican but as a Jew with family members who suffered through the Holocaust.

What the asinine Alexandria was dripping stupidity about was Health and Human Services plan to use Fort Sill, an Army base in Oklahoma to hold growing numbers of immigrant children in its custody after running out of space at government shelters. Health and Human Services said in a statement that it has taken about 40,900 children into custody through April 30. That’s a 57% increase from last year, which is a rate on-pace to surpass the record figures in 2016 when 59,171 minors were taken into custody.

In its 150-year-history Fort Sill has operated continuously it is not being re-opened as some liberals have claimed. It was a POW camp during the Indian Wars (Geronimo was there), and home to the 1st Balloon Company. Post Field at Fort Sill is the oldest continually operating airfield in the U.S. Army. It is arguably the birthplace of US combat aviation, it was the home of The Army Ground Forces Air Training School, and still trains our military. A part of Fort Sill was indeed used as an internment camp. But it was also used to house unaccompanied minors in 2014 during the Obama administration. Per the Navy Times

This marks the second time in five years that Fort Sill has been called on in this type of effort. Fort Sill was used to temporarily house nearly 2,000 unaccompanied immigrant children in 2014 for about two months because of a migration surge at that time.

Navy Times also explains that the Kids will be housed in “hard-sided structures, with semi-permanent, soft-sided structures used for support operations.” They won’t be staying in tents as the Japanese-Americans were forced to live in during WWII.