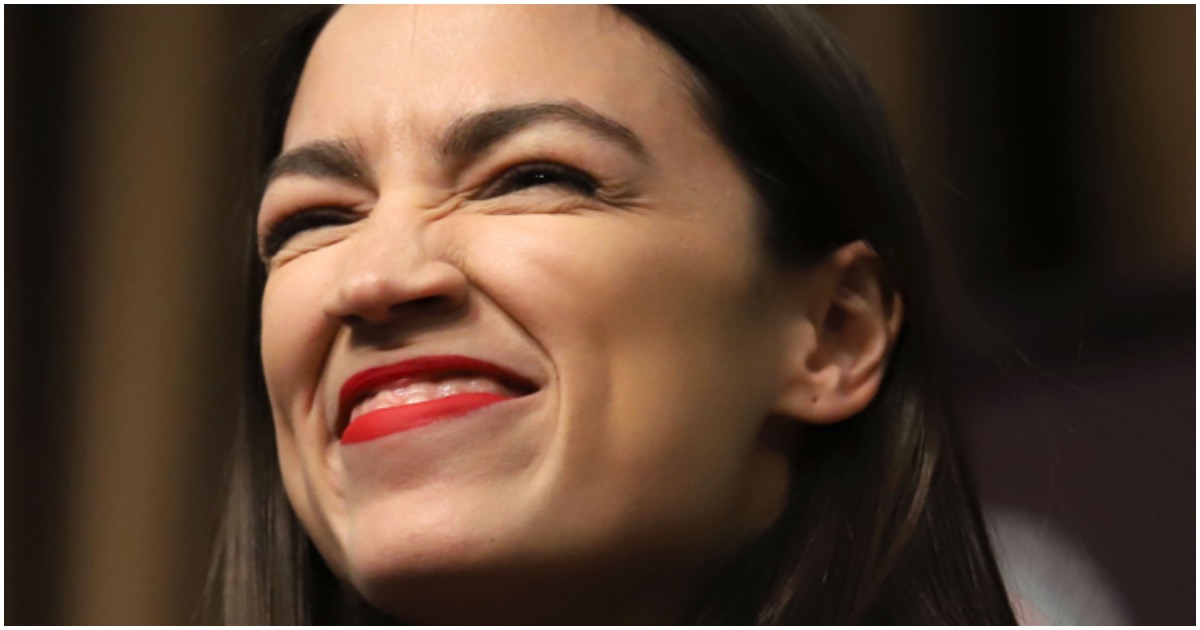 It’s a day ending in “y,” so freshman Democrat Rep. Alexandria Ocasio-Cortez is up to something.

Look out, sun. AOC is coming to dim the lights!

Freshman Rep. Alexandria Ocasio-Cortez (D-N.Y.) said Wednesday that any plan to sufficiently address the climate crisis will need to cost at least $10 trillion.

She added, “I know it’s a ton. I don’t think anyone wants to spend that amount of money, it’s not a fun number to say, I’m not excited to say we need to spend $10 trillion on climate, but … it’s just the fact of the scenario.”

When it rains, it’s climate change.

When it snows, it’s global warming.

When it’s too hot out, it’s a climate crisis.

Democrats are too funny. You know, if they want to be known as the party of science they might need bigshots like Rep. Alexandria Ocasio-Cortez to know what she’s talking about.

AOC posted a video to Instagram likening a tornado warning to “climate change.” She was quickly rebuffed by a meteorologist.

Rep. Alexandria Ocasio-Cortez, D-N.Y., took to social media on Thursday during a tornado warning in Washington, D.C., and swiftly tried to connect it to climate change — prompting one meteorologist to call her out for not knowing “the difference between weather and climate.”

The freshman congresswoman began by sharing a video on Instagram briefly showing the conditions outside, as heavy rains drenched the region and prompted a brief, and rare, tornado warning inside the Beltway.

AOC noted, “There’s people stuck outside. We need to get them out. This is crazy.”

Climate is your closet wardrobe.

Climate is your closet wardrobe. pic.twitter.com/mmdLr6F2mD