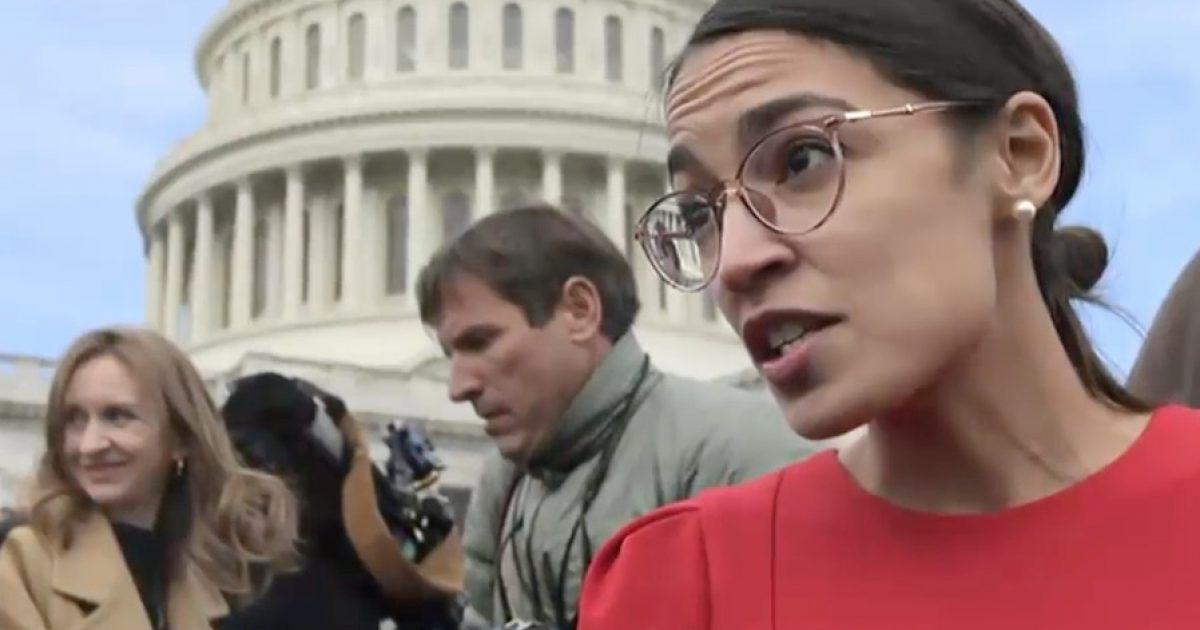 Well, it was only a matter of time before Rep. Alexandria Ocasio-Cortez managed to weasel her way back into the headlines again with some ridiculously absurd statement or gaffe, and true to form, that’s exactly what she’s done.

Only this one is taking her reputation as being, well, less than supportive of Jewish folk and Israel to a whole new level.

Apparently, a congressional letter that has been organized by AOC and a delegation of other Democrats in Congress is getting endorsed all over the place by groups and organizations that have been calling for the destruction of the nation of Israel, promote boycotts of the Jewish nation, support terrorism, and put out a whole lot of anti-Semitic rhetoric.

The letter, sent Monday to Secretary of State Mike Pompeo, threatens to withhold U.S. security assistance to Israel if Prime Minister Benjamin Netanyahu moves forward with a plan to annex parts of the disputed West Bank, an act that “would lay the groundwork for Israel becoming an apartheid state.” In addition to Ocasio-Cortez, the letter was backed by Rep. Rashida Tlaib (D., Mich.) and Sen. Bernie Sanders (I., Vt.).

In an internal email circulated to House Democrats and obtained by the Washington Free Beacon, Ocasio-Cortez lists 10 organizations that support her letter to Pompeo. Most of these groups are prominent leaders of the Boycott, Divestment, and Sanctions movement (BDS), which seeks to wage economic warfare on Israel. One such organization—Defense for Children International – Palestine—has been linked to the Popular Front for the Liberation of Palestine, a U.S.- and European Union-designated terrorist organization.

Ocasio-Cortez’s collaboration with groups that have traditionally been seen among Democrats as extremist and outside the bounds of collaboration suggests an escalating fight within the party over not just criticism of Israel, but the acceptability among Democrats of supporting the Jewish state’s destruction through BDS and terrorism.

So given that these groups are racist against Jews, why aren’t the folks fighting against inequality and hatred all over AOC for her involvement with these kind of groups? Why is it acceptable behavior for Democrats to openly hate on the Jewish nation of Israel, but not okay to say “all lives matter?”

There’s just so much contradiction going on behind all of the progressive ideology that it makes you wonder how any honestly reflective human being can look at this system of thought and take it seriously.

One of the groups who support AOC’s letter is the American Muslims for Palestine. They are a very prominent group in the BDS movement and have helped run the leading campus BDS group known as Students for Justice In Palestine. Both of these groups have become notorious for spreading conspiracy theories about Israel and have tossed their support behind violent Palestinian resistance groups.

And there’s a lot more where that came from.

The bottom line is that it is perfectly acceptable, according to the left, to be a racist, so long as you’re racist toward the right individuals, namely, the Jews.