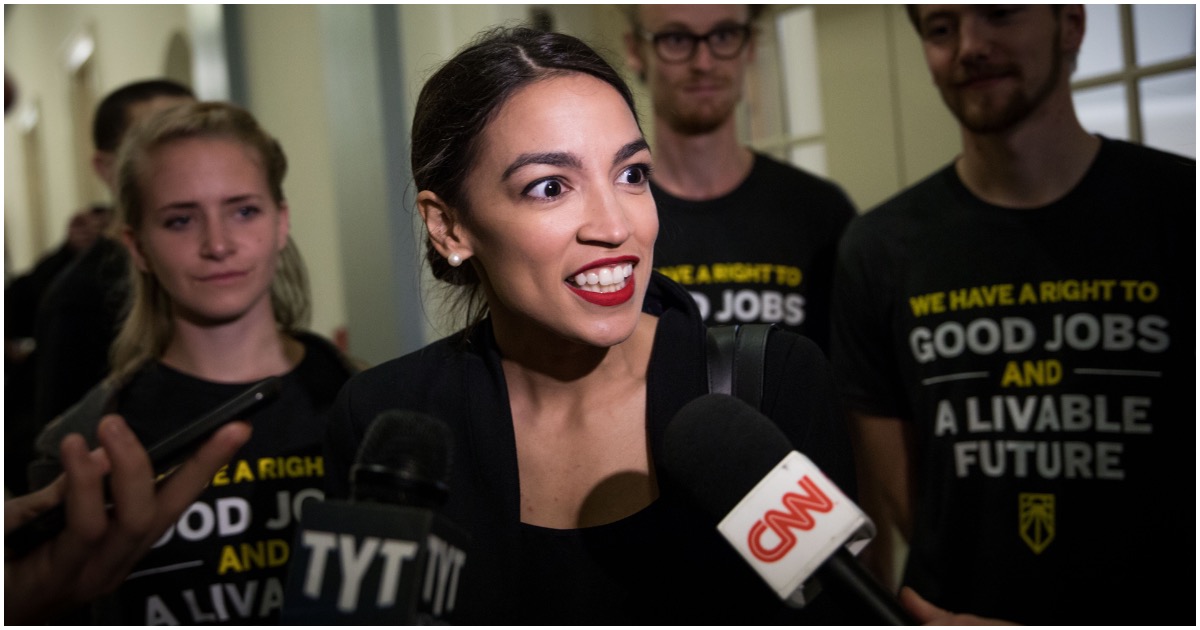 The truth about socialists, or “Democrat Socialists,” is that they want complete control.

Sorry to break the news to the few who still don’t understand, but facts don’t lie.

Freshman lawmaker Alexandria Ocasio-Cortez has just made clear her intentions with the ‘Green New Deal,’ and it calls for regulating, well, “everything.”

A set of frequently asked questions released by her office this month as part of the rollout of her “Green New Deal” proposal to fight climate change mentioned cow flatulence as a problem, but her staff later denounced the document.

Ocasio-Cortez didn’t directly defend the statement in an interview that aired late Thursday on Showtime’s “Desus & Mero,” but said that climate policy might need to look into reducing greenhouse gas emissions from agriculture.

“In the deal, what we talk about is … that we need to take a look at factory farming, period. It’s wild,” she told hosts Desus Nice and The Kid Mero on the premier of their show’s first season on the network.

“And so, it’s not to say you get rid of agriculture. It’s not to say we’re going to force everybody to go vegan or anything crazy like that. But it’s to say, listen, we’ve got to address factory farming. Maybe we shouldn’t be eating a hamburger for breakfast, lunch and dinner. Like, let’s keep it real,” she continued.

“We have to take a look at everything.”

Even if you’re a member of Congress who only clapped during the State of the Union because you don’t want to get trashed by left or right-leaning outlets, you should still be able to agree that bipartisanship is a good thing.

By the look on Ocasio-Cortez’s face after President Trump called for unity between Republicans and Democrats, she’s not in favor.

Trump calls for unity between both parties: “But we must reject the politics of revenge, resistance and retribution, and embrace the boundless potential of cooperation, compromise and common good”

.@aoc on Trump’s line that America will never be socialist: “I thought it was great, I think he’s scared. … yeah, I thought it was fabulous, it shows that we got under his skin.”

Why should I be “spirited and warm” for this embarrassment of a #SOTU?

Tonight was an unsettling night for our country. The president failed to offer any plan, any vision at all, for our future.

We’re flying without a pilot. And I‘m not here to comfort anyone about that fact. https://t.co/7bu3QXFMnC

.@AOC says Trump was unprepared and had no plan for the #SOTU. pic.twitter.com/wzJEnpWLkN

Millennials need to come together to apologize for Ocasio-Cortez. The Congresswoman knows so, so, so little of which she speaks.