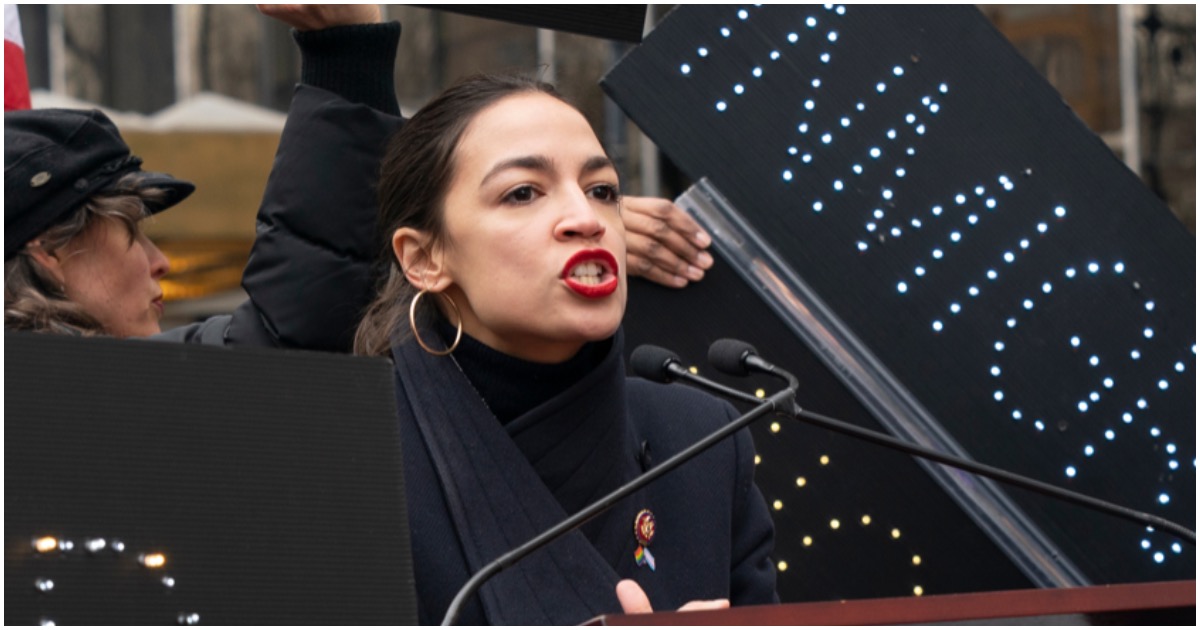 Alexandria Ocasio-Cortez (D-NY) is getting attention for all the wrong reasons.

She’s quick to let the nation know what she’s thinking, yet, 11 times out of 10 it’s evident she has no clue about what she speaks.

Now, AOC has a plan to change gun and immigration laws in the United States without the help of Congress.

Are you ready for this?

Now, according to Politico, Ocasio-Cortez and other progressive lawmakers plan to use similar tactics to advance their anti-Second Amendment agenda and circumvent the legislative process.

Ocasio-Cortez and her allies are joining veteran Democratic lawmakers to try to “shame” America’s massive financial institutions “into taking a stand on some of the country’s most divisive issues: climate change, gun violence and immigration,” Politico reported.

The lawmakers are leveraging seats on the powerful House Financial Services Committee and a huge following on social media to confront finance industry executives and discourage them from funding oil pipelines, firearms makers and private prison companies that operate immigration detention centers. Like-minded activist groups are helping amplify the message.

Ocasio-Cortez noted, “There’s more than one way to skin a cat, and not everything has to be done through legislation explicitly. We can also use the tools that we have here to pressure change in other ways as well.”

Huge update: JP Morgan & Wells Fargo have announced that they will no longer fund private prisons.

How did this happen? Through organizing people & public pressure!

The country’s largest organized labor group is telling AOC that her “Green New Deal” is bad news for America.

The AFL-CIO, America’s largest organized-labor group, slammed socialist Rep. Alexandria Ocasio-Cortez’s (D-NY) Green New Deal in a letter to her and Sen. Ed Markey (D-MA), stating that the far-left plan could “cause immediate harm to millions of our members and their families.”

“We welcome the call for labor rights and dialogue with labor, but the Green New Deal resolution is far too short on specific solutions that speak to the jobs of our members and the critical sections of our economy,” the letter from the AFL-CIO Energy Committee states. “It is not rooted in an engineering-based approach and makes promises that are not achievable or realistic.”

The @AFLCIO, which represents 12.5 million workers & includes 55 labor unions, slams the #GreenNewDeal in a letter to @SenMarkey & @AOC:

“We will not accept proposals that could cause immediate harm to millions of our members and their families.”

I agree with the AFL-CIO. pic.twitter.com/pEVhr9Ricr 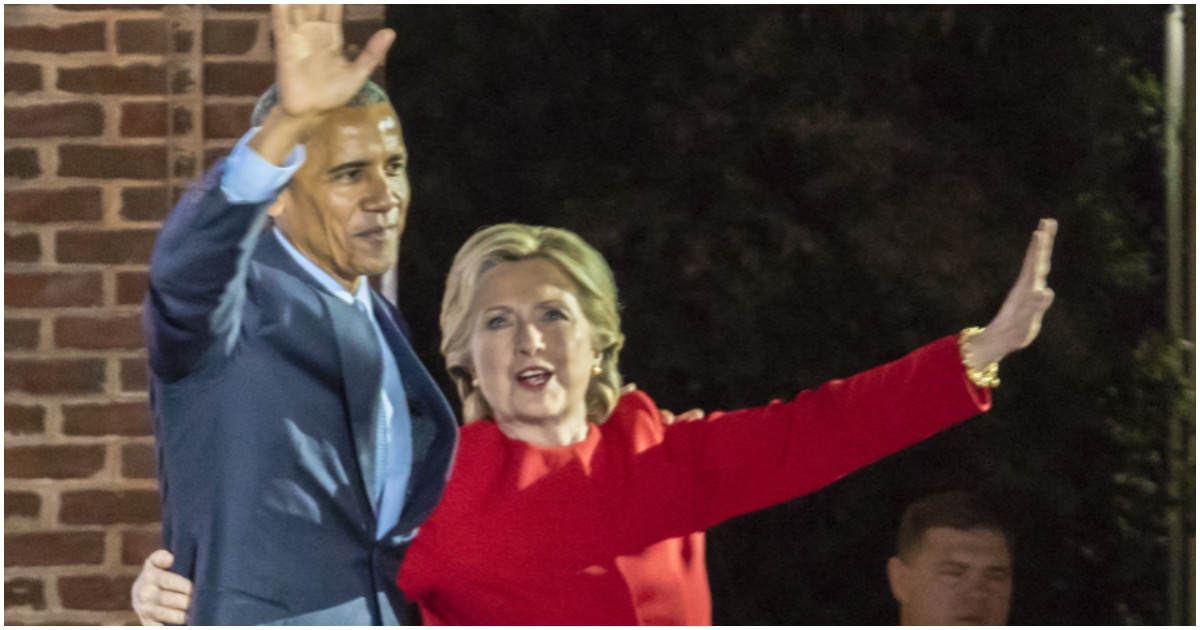 Donald Trump could literally quote Barack Obama, Hillary Clinton, or Bernie Sanders verbatim and he’d still be accused of racism, sexism, xenophobia, and everything else under the sun. Just for fun, POTUS should recite an Obama speech before a rally crowd and watch as the mainstream media melts down. That would be legen…wait for it…dary. LOOK: https://twitter.com/AZachParkinson/status/1279175939709120513?ref_src=twsrc%5Etfw%7Ctwcamp%5Etweetembed%7Ctwterm%5E1279175939709120513%7Ctwgr%5E&ref_url=https%3A%2F%2Ftherightscoop.com%2Fmedia-ignored-the-racist-history-of-mount-rushmore-when-democrats-visited-the-monument%2F https://twitter.com/AZachParkinson/status/1279186495736332290?ref_src=twsrc%5Etfw%7Ctwcamp%5Etweetembed%7Ctwterm%5E1279186495736332290%7Ctwgr%5E&ref_url=https%3A%2F%2Ftherightscoop.com%2Fmedia-ignored-the-racist-history-of-mount-rushmore-when-democrats-visited-the-monument%2F https://twitter.com/BlackCa58774349/status/1279225559076286466?ref_src=twsrc%5Etfw%7Ctwcamp%5Etweetembed%7Ctwterm%5E1279225559076286466%7Ctwgr%5E&ref_url=https%3A%2F%2Ftherightscoop.com%2Fmedia-ignored-the-racist-history-of-mount-rushmore-when-democrats-visited-the-monument%2F From Rapid City Journal, circa 2012: KEYSTONE — First Lady Michelle Obama and her daughters, Sasha and Malia, showed a hankering for history Wednesday during a brief visit to Mount Rushmore National Memorial. […] Pennington County Sheriff Kevin Thom said after the Obamas had departed Wednesday that Secret Service agents were in town days in advance preparing for the visit. The Secret Service worked with the sheriff’s office, the South Dakota Highway Patrol, the Rapid City Police Department and the state Division of Criminal Investigation, as well as the National Park Service, on security, traffic control and transportation during the stop. H/T: Right Scoop 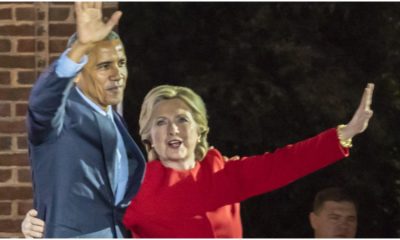 The Supreme Court, in its second religious freedom decision, decided to side with religious employers, which includes schools, hospitals, and... 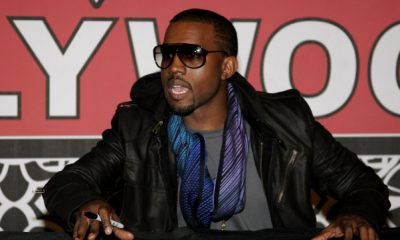 Hot on the heels of announcing that he’s going to be running for president, infamous rapper and Christian Kanye West...

It seems NYC Mayor Bill de Blasio is not a popular fellow among many of the individuals in the state...