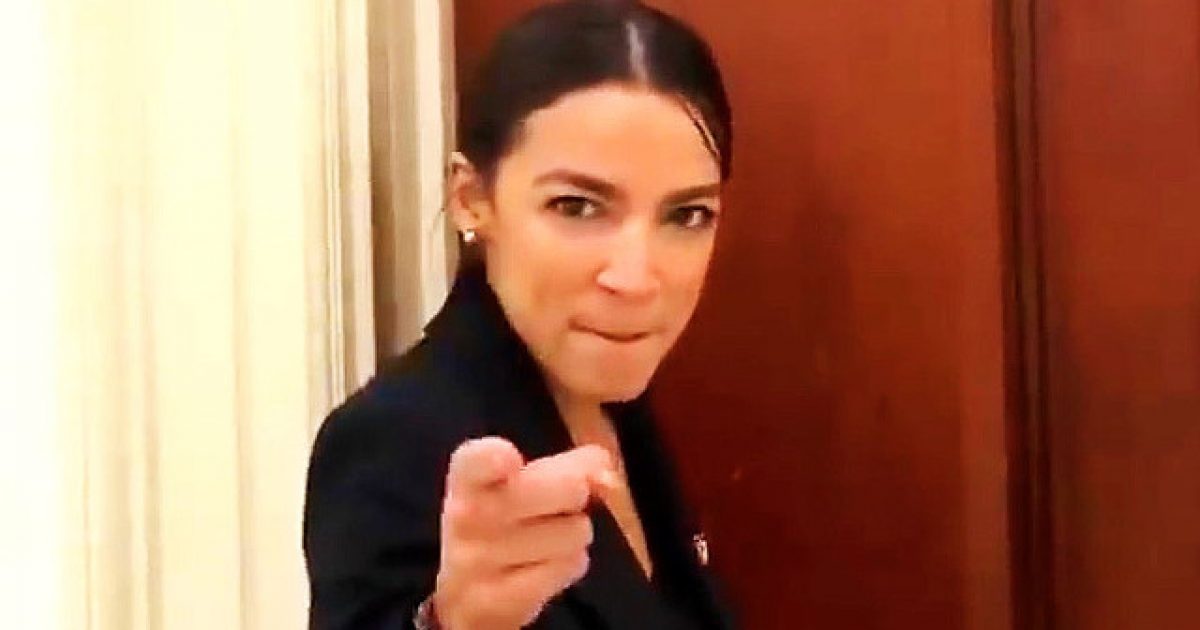 Rep. Alexandria Ocasio-Cortez just cannot keep herself from saying something stupid to save her life. It’s become so common place to see a news story about something ridiculous that’s come out of her mouth that it almost feels odd when there’s not a story about her somewhere.

AOC recently posted an Instagram Live Story, something she loves to do, despite how often she makes a fool of herself, mocking the U.S. voting system, calling for the abolishment of the Electoral College.

These folks absolutely want to silence anyone and everyone who doesn’t live in a major urban center, which also happen to be run mostly by liberals.

“We’re coming to you live from the Electoral College,” Ocasio-Cortez said as she recorded an empty desert highway. “Many votes here as you can see — [it’s a] very efficient way to choose leadership of the country. I mean, I can’t think of any other way, can you?”

The self-proclaimed “radical” congresswoman cited a March 2019 report from New York Magazine’s daily Intelligencer newsletter titled “Here’s Every Defense of the Electoral College — and Why They’re All Wrong.” She subsequently noted that the report is for “all the Republicans getting big mad [because] the electoral college is, in fact, a scam.”

Ocasio-Cortez touched on several intersecting points, all of which are based on the underlying idea that the American voting system is racist and therefore is discriminatory against minorities.

“The Electoral College has a racial injustice breakdown,” Ocasio-Cortez said. “Due to severe racial disparities in certain states, the electoral college effectively weights white voters over voters of color, as opposed to a ‘one person, one vote’ system where all are counted equally.”

AOC went on to say, “You may have heard this Electoral College argument the most: that families in suburbs [and] cities MUST have their vote suppressed in order to give rural votes a ‘fair shake. Could you imagine if we had this kind of democracy-altering ‘fairness’ provision for literally any other group? If we weighted, for example, Black [and] Indigenous voters more because of fairness?”

“But that ‘rural representation’ argument doesn’t hold up either, as there are rural parts in virtually every state and popular vote elections show that candidates still visit center and rural communities’ needs.”

So let’s take a look at all of the things AOC wants to toss in the garbage. There’s the Immigration and Customs Enforcement agency, the Department of Homeland Security, and now the Electoral College.

This last one is by far the most concerning, especially since so many people are supportive of such a measure, due to a lack of understanding of the purpose of the Electoral College.

The whole point of the Electoral College is to prevent average Americans from being ignored and giving all the power of self-government to the big cities. In our current system, every vote counts and every person gets a chance to be heard.

The call to abolish the Electoral College is really a call to silence the voice of Middle America.