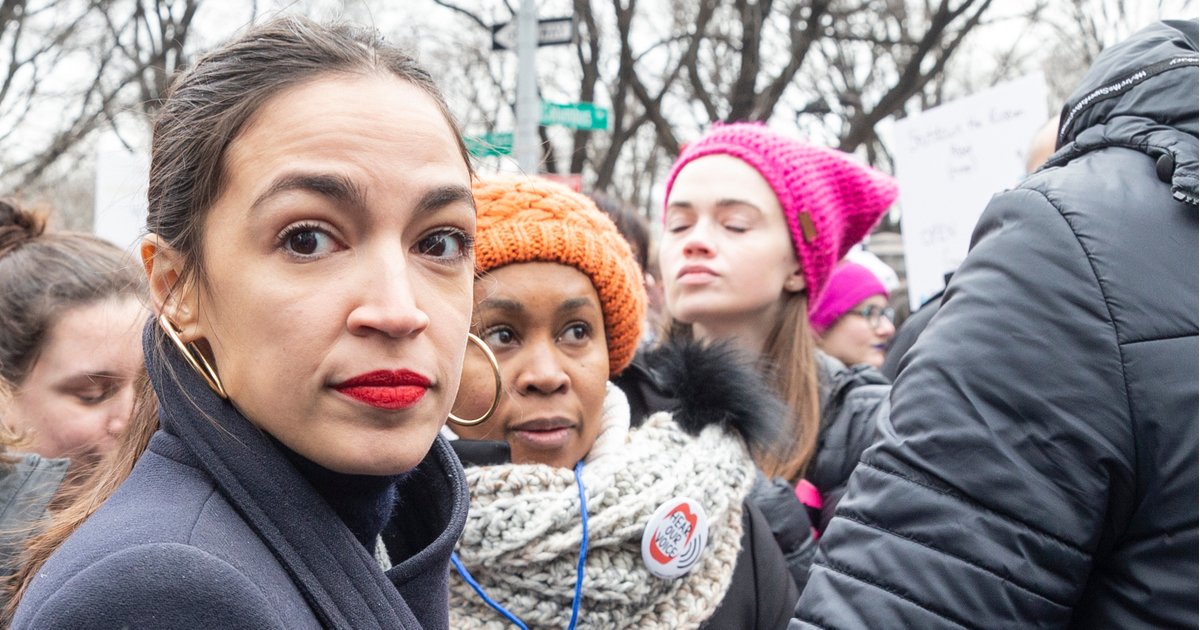 Freshman Congresswoman Alexandria Ocasio-Cortez has given Americans plenty of reasons to question the confidence she carries.

Certainly, AOC is brash and powerful.  She has sprinted onto the scene with the social media skills that only a millennial would understand, and has begun to play the role of precocious progressive smarty-pants on Capitol Hill.

The problem seems to be that AOC nearly constantly has her foot in her mouth, with pie-in-the-sky policies that the rest of Congress scoffs at…regardless of their political designation.

One such subject on which Cortez is being rebuked by the great minds of our nation is her plan to “soak” the wealthy with massive new tax rates, possibly between 70% and 90%.

Microsoft founder, billionaire, and philanthropist Bill Gates has something to say about that.

Bill Gates says he’s fine with the idea of higher taxes for the rich, but plans like the one being championed by Alexandria Ocasio-Cortez, which target the top income brackets, are too extreme—and could encourage the wealthy to hide their money in offshore accounts.

Gates, in an interview with The Verge, didn’t mention Ocasio-Cortez or her well-publicized tax proposal directly by name, but his focus was clear. While the Microsoft co-founder and world’s second richest man agreed the U.S. could be “more progressive,” he downplayed “extreme” proposals, such as the freshman representative’s plan to raise the top tax rate from 37% to 70%.

“I believe U.S. tax rates can be more progressive. Now, you finally have some politicians who are so extreme that I’d say, ‘No, that’s even beyond,’” Gates said. “You do start to create tax dodging and disincentives, and an incentive to have the income show up in other countries and things. But we can be more progressive without really threatening income generation—what you have left to decide how to spread around.”

For Bill Gates to denounce those who hide money offshore is more than just a bit hypocritical.

A 2015 article from the Seattle Times estimated that Microsoft had moved approximately $108 billion in revenue overseas.

Texas Toker Traipses Into Tiger Den in The Middle of Town