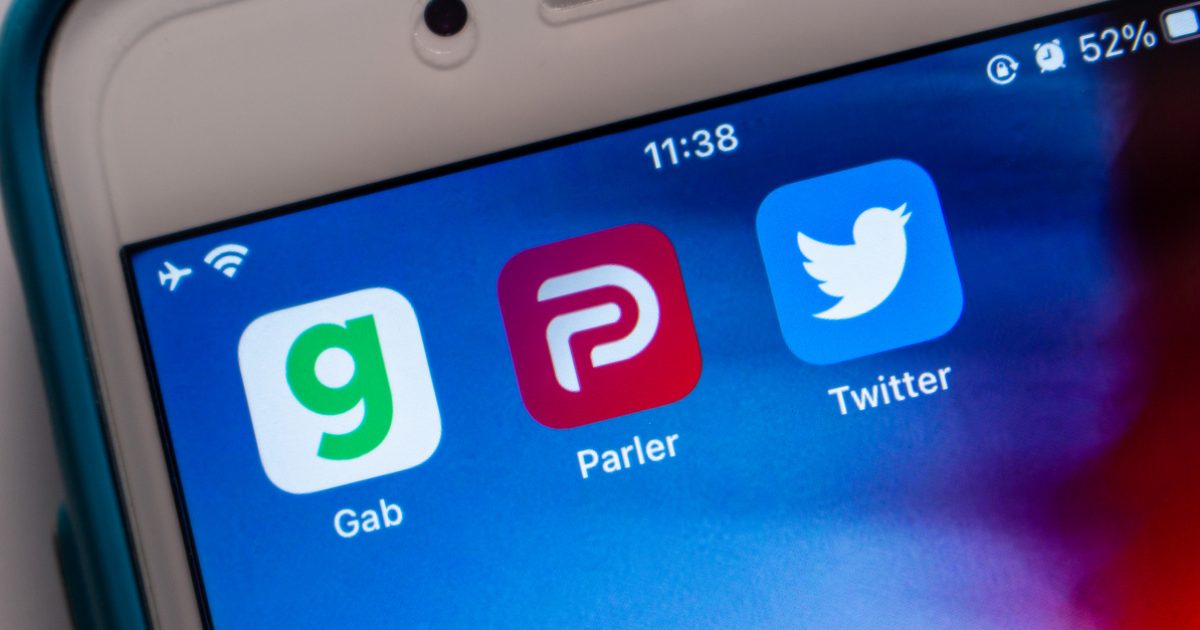 Free speech is a fickle thing, and precious too.  If we’re not careful, it can be stripped away but those who hide behind the claim that a “private” company can limit your personal freedoms.

Twitter, Facebook, and other social media platforms are almost always the culprits here, bending the algorithmic reach of those with whom they disagree.

Enter Parler:  A free speech app where only the bare legal minimum of content would be moderated.

The platform became incredibly popular with an astonishing swiftness, but soon faced trouble from companies who had previously aligned themselves with Facebook and Twitter’s more controlling stance.

Apple, who had previously booted Parler from its App Store, has now relented to the Constitution.

Apple has approved Parler’s return to the iOS app store following improvements the social media company made to better detect and moderate hate speech and incitement, according to a letter the iPhone maker sent to Congress on Monday.

The decision clears the way for Parler, an app popular with conservatives including some members of the far right, to be downloaded once again on Apple devices.

The letter — addressed to Sen. Mike Lee and Rep. Ken Buck and obtained by CNN — explained that since the app was removed from Apple’s platform in January for violations of its policies, Parler “has proposed updates to its app and the app’s content moderation practices.”

On April 14, Apple’s app review team told Parler that its proposed changes were sufficient, the letter continued. Now, all Parler needs to do is to flip the switch.