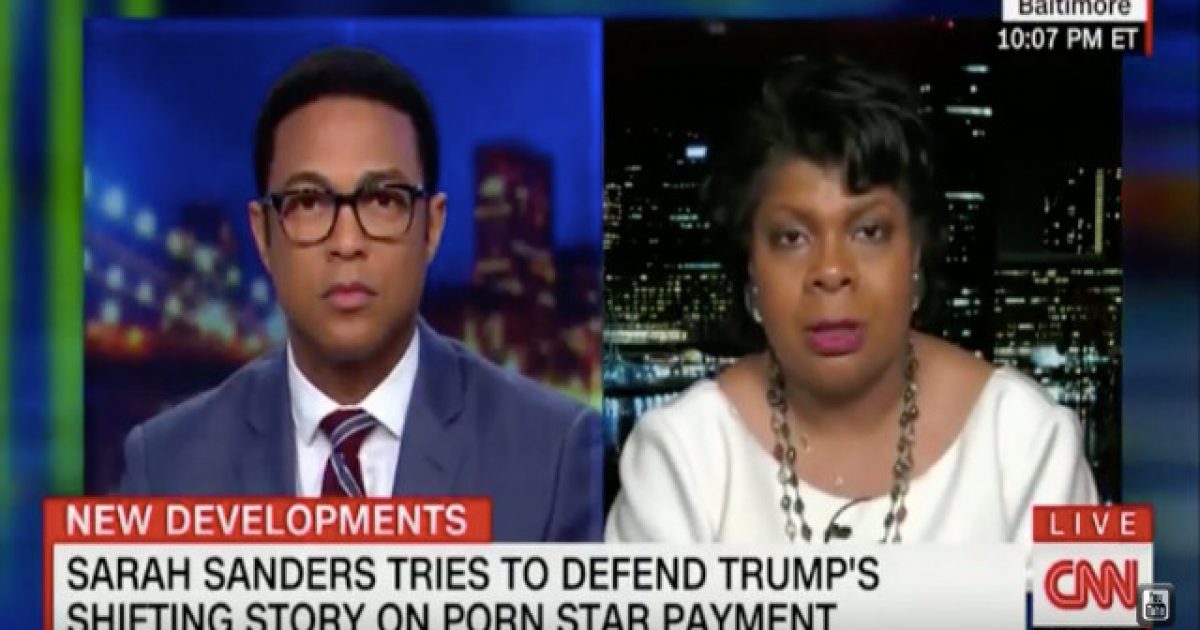 CNN political analyst April Ryan is finding herself in a bit of hot water after twisting Press Secretary Sarah Huckabee Sanders’ words to insinuate she wanted to throw down with her in a street fight.

Ryan asked a rather sharp, baiting question during a press conference on Thursday, accusing Sanders of being caught off guard — “blindsided” — by comments recently made by Rudy Giuliani on Fox News concerning President Trump.

Sanders replied by saying, “Well, with all due respect, you actually don’t know much about me in terms of what I feel and what I don’t.”

Ryan, speaking with Don Lemon on-air, completely misquoted Sanders by stating that she said “you don’t know me,” and then declared said phrase to be “fighting words.”

“For Sarah Huckabee Sanders, the presidential spokesperson, the mouthpiece for the President of the United States, to say, ‘You don’t know me,’ in certain quarters in this nation, that starts a physical fight,” Ryan said. “I was very shocked. It was street. I will even go beyond that, it was gutter.”

April Ryan: Sarah Sanders response to Giuliani question "was street. … there's no room, no place for that in the White House briefing room" https://t.co/fO2SCtewu5 https://t.co/8wRpaIwNAj

Sanders, who is from Hope, Ark., soon found herself catching Twitter shade from none other than former Democratic Baltimore Mayor Stephanie Rawlings-Blake – as first reported by Daily Caller’s Amber Athey – who offered Baltimore native Ryan an “unsolicited comeback suggestion.”

Rawlings-Blake recommended that next time, Ryan should say, “I may not know you, but I damn sure know a LIE! And you are wearing it Sis, all over your face -oh wait is that a smudge in your liner.”

Ryan quickly responded, “Lol stop. Bmore in the house I know you have my back. That you don’t know me stuff begins fist fights. She needs to know what she is saying. I am not the one.”

Rawlings-Blake then responded, “Already took my earrings off and Vaseline in my purse,” and added a fist emoji, to which the CNN political analyst fired back, “That is what I am talking about! Take off that pretty ring to fornthe [sic] street fight. Lol.”

It seems that journalists these days have a very thin skin and are used to being treated as some sort of spoiled protected class, especially after Obama coddled them for eight years.

President Trump has surrounded himself with people who have no problem being bold and will hold the unruly, heavily biased left-wing media accountable for their shenanigans, which is not something they are used to, and as you can see, they aren’t taking too kindly to it.

Let’s hope Sanders continues to hold her ground and not allow these “journalists” to continue pushing her around and bullying her, as any victory for her in this arena is a victory for us as well.