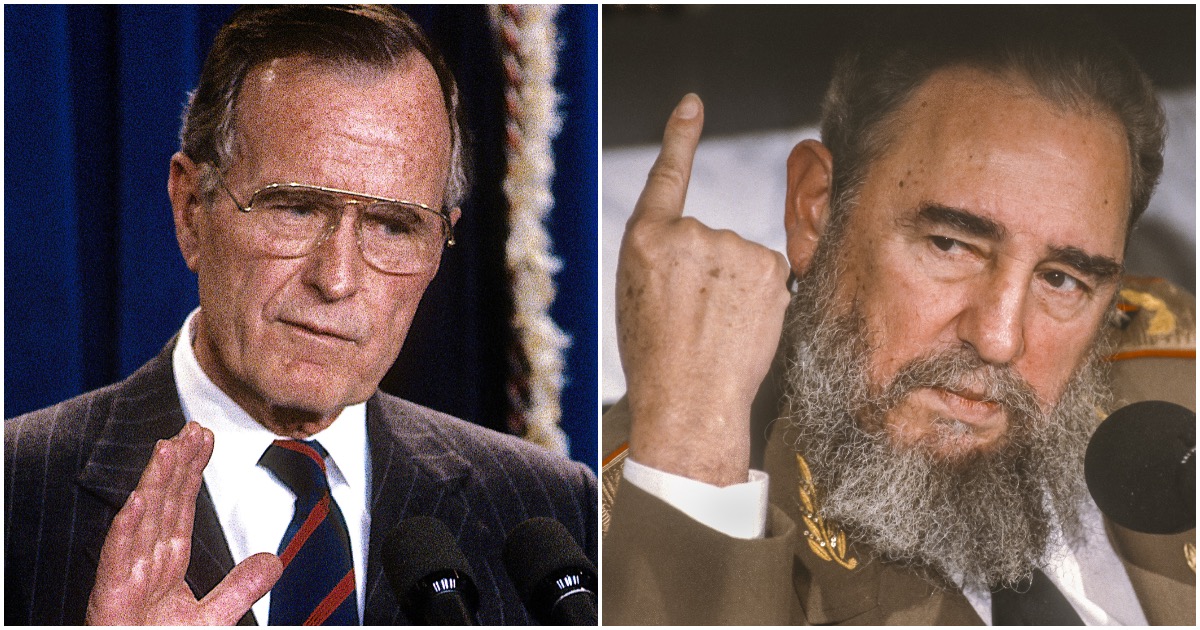 How the @AP treated Castro vs. How they treat Bush pic.twitter.com/6bJKLK1X6H

Bush passed away at the age of 94 on Friday night.

His career as a public servant is long and storied.

The stock markets will be closed on Wednesday in his honor, and President Trump has ordered flags at half-staff for 30 days in remembrance.

Also, Trump will not only attend Bush’s funeral but he will be sending the presidential aircraft to carry the former commander-in-chief’s casket to Washington, DC.

President Trump said Saturday he will be sending the presidential aircraft to pick up George H.W. Bush’s casket from Texas and bring it to Washington, where the late president will lie in state in the Capitol starting Monday.

Trump: “Air Force One will be taking myself and a large group of our people back to Washington. It will then be reset and it will be sent to Houston to pick up the casket of President Bush and then be brought back to Washington.”

Trump: “We’ll be sending Air Force One, which is a special tribute that he deserves very much and it’s my honor, and again, he’ll be greatly missed. Terrific person, terrific man.”

Ocasio-Cortez Strikes Again, Steps In It Big Time Over ‘Death Panels’ – Gets WRECKED

Man Plotted to Flip Trump’s Limo with Forklift, Then Gets Exactly What He Deserves