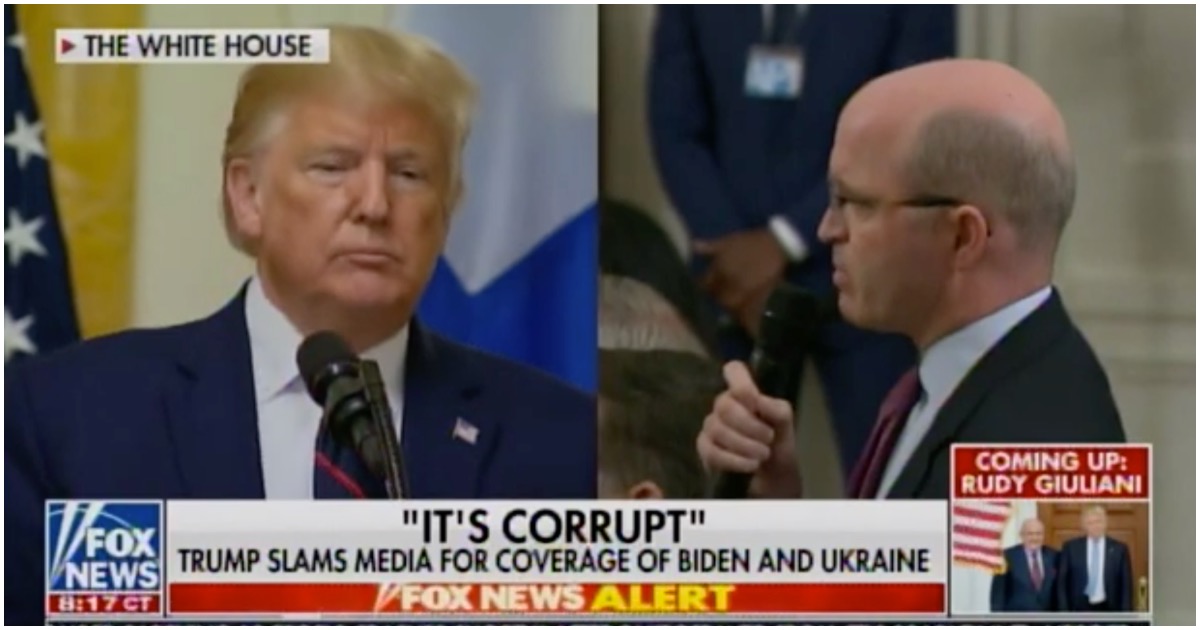 The president of Finland was standing with Trump.

President Trump: Look, Biden and his son are stone cold crooked. And you know it. His son walks out with millions of dollars. The kid knows nothing. Now, you know it and so do we… Go ahead.

Mason: The question sir was what did you want President Zelensky to do about it. Vice President Biden and his son Hunter?

Trump: Are you talking to me? Listen, listen. Are you ready? We have the president of Finland. Ask him a question.

Mason: I have one. I just wanted to follow up on the one I asked you.

President Trump: Ask him a question. I gave you a long answer. Ask this gentleman a question. Don’t be rude… I’ve answered everything. It’s a whole hoax. And you know who’s playing into the hoax. People like you! And the fake news media that we have in this country. And I say in many cases, the corrupt media. Because you’re corrupt. Much of the media in this country is corrupt. It’s not just fake, it’s corrupt.