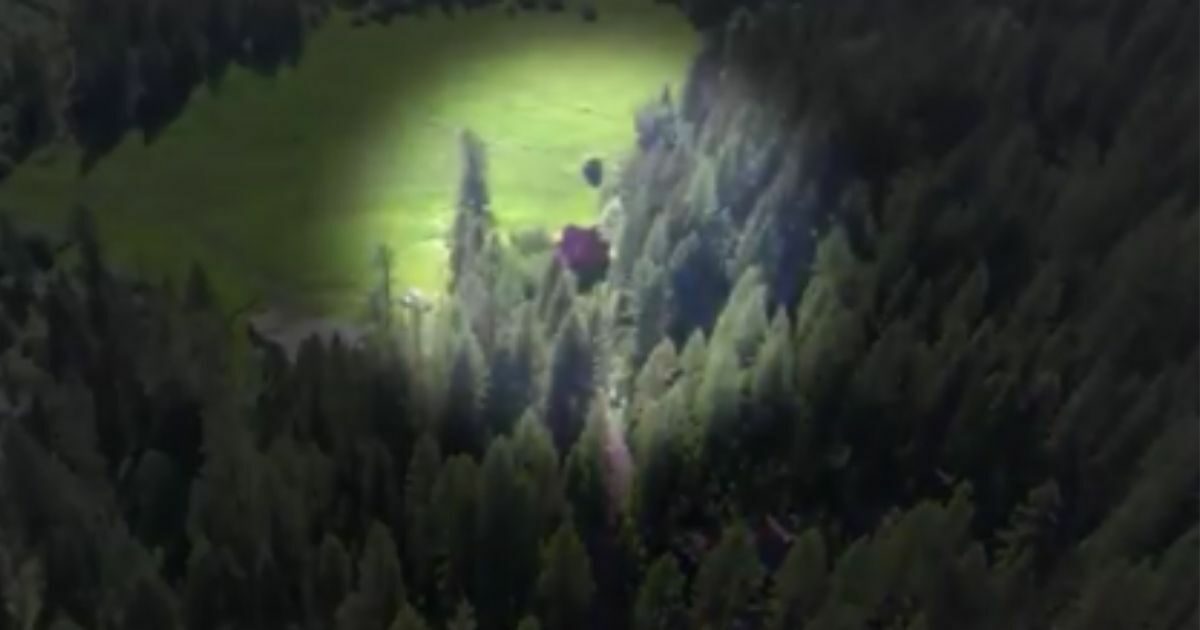 The long and very winding road to the truth about an Arizona county’s general election apparently runs all the way to Montana.

CNN tried to get to bottom of reports that voting machine information from Maricopa County had been trucked nearly 1,300 miles to Montana for analysis.

“Arizona voting system data has been taken by truck to a so-called ‘secure powerful laboratory’ in rural Montana to be ‘forensically evaluated,'” Anderson Cooper tweeted.

Arizona voting system data has been taken by truck to a so-called “secure powerful laboratory” in rural Montana to be “forensically evaluated.”@GaryTuchmanCNN visits the area to investigate. pic.twitter.com/Om5fW19Wx5

Accompanying aerial footage of a wooded area shows a house, cabin and barn, but no people. The location in question is private property.

“Is this the secure, powerful laboratory?” CNN’s Gary Tuchman asked. “Is Arizona voting data inside that cabin? We just don’t know — but it could be.”

“There is no indication whatsoever of any outside observers,” he added.

The Arizona election audit saga began more than six months ago when Arizona Senate Republicans, responding to claims of voting irregularities and wanting to know the truth, decided a full-scale forensic audit was necessary.

“Everything that Cyber Ninjas is doing they’re either doing with their own expertise, or the expertise of the people that they’re hiring,” said Ken Bennett, a spokesman for the audit.

But according to CNN, CyFIR CEO Ben Cotton has taken the data from Arizona to a laboratory in Montana.

“Bennett tells us he doesn’t know where the so-called lab is. It is apparently a secret,” Tuchman said.

Bennett said Cotton has a copy of the data created by Dominion Voting Services from hard drives and servers that Maricopa County used in the election, according to KPNX-TV.

“The original evidence was left completely intact,” Bennett said. “A copy was taken to do whatever evaluation they are doing for Cyber Ninjas.”

Exactly what Cotton is doing with the data is unclear.

Cotton cited a non-disclosure agreement when asked what was taking place in Montana and would not discuss any aspect of his work, including whether his location is secure, according to KECI-TV.

Hobbs had earlier noted that the ballots were taken to Montana.

“On May 24, 2021, Senate Liaison Ken Bennett confirmed that copies of voting system data was sent to a lab in Montana. He did not specify what security measures were in place, or what the lab in Montana will do with the data or how long it will be in possession of the copies,” Hobbs’ office noted on its website.

“You can’t make this stuff up,” Hobbs said. “If it wasn’t happening right in front of our eyes, we wouldn’t believe it was happening.”

Man Borrows Razor from Roommate, Days Later His Face Is Being Digested by Flesh-Eating Bacteria

McCloskeys Plead Guilty, Come Out Swinging with Fiery Statement: 'By G** I Did It, And I'd Do It Again'