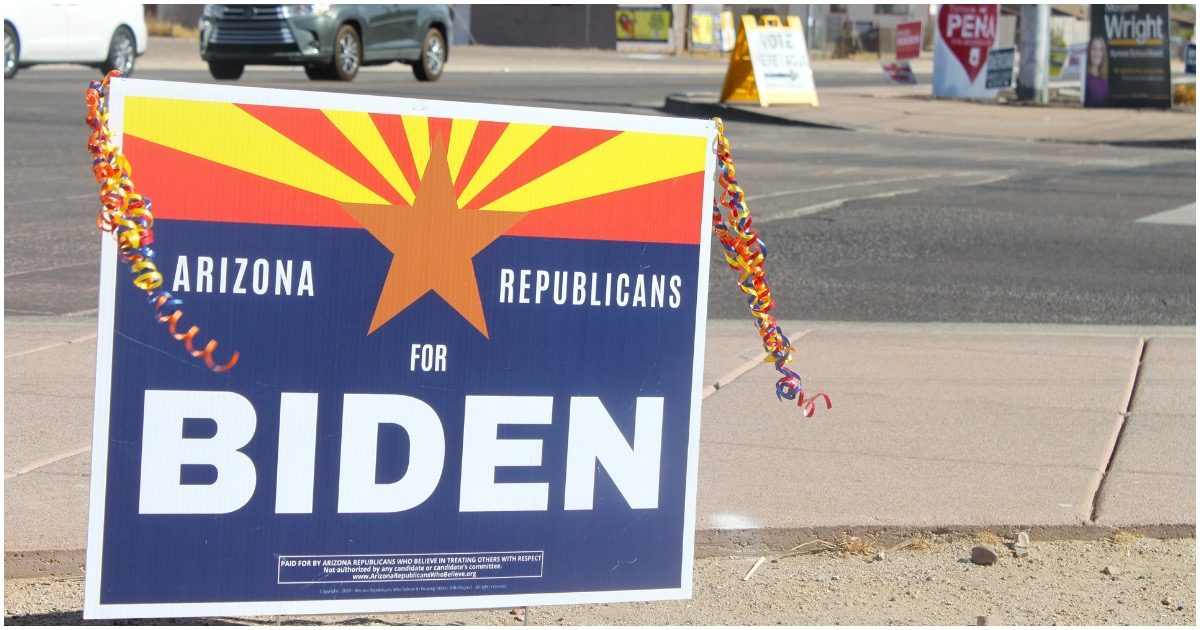 The Grand Canyon State has gone from reliably red to a purple/blue mess over the past couple of years. Long gone are the days of John McCain and Jon Kyl. Both Arizona Senators these days are Democrats, Kirsten Sinema and Mark Kelly. A major problem is the influx of residents from liberal states, but decades of illegal immigration didn’t exactly help either.

The silver lining for Arizonans is that their governor, Doug Ducey, is Republican. There’s a chance he may even run for president in 2024.

However, with Fox News having called the state on election night in favor of Joe Biden (and with President Trump continuously getting closer to taking the lead), it’s important to note that Arizona’s secretary of state, Democrat Katie Hobbs, thinks Trump supporters are neo-nazis.

As Arizona continues its effort to count all the legal votes cast in the presidential election, on Thursday, actor James Woods took note of the anti-Trump history of Arizona’s Secretary of State, Democrat Katie Hobbs. Woods noted that in August 2017, before she held her current position, Hobbs tweeted, “@realDonaldTrump has made it abundantly clear he’s more interested in pandering to his neo-nazi base than being @POTUS for all Americans.”

Woods blasted Hobbs on Twitter, writing, “This woman is calling every Trump voter a ‘Nazi.’ As Arizona’s Secretary of State, she will be in charge of any recount. Should she not recuse herself after vocally dismissing half the electorate in her state?”

This woman is calling every Trump voter a “Nazi.” As Arizona’s Secretary of State, she will be in charge of any recount. Should she not recuse herself after vocally dismissing half the electorate in her state? pic.twitter.com/i7EMngdeiR

Nate Silver, a polling “expert” and the founder of FiveThirtyEight, claims that calls made in favor of Biden winning Arizona should be retracted.

Silver said, “I don’t know, I guess I’d say that Biden will win Arizona if you forced me to pick, but I sure as heck don’t think the state should have been called by anyone, and I think the calls that were previously made should be retracted now.“

States Recount On the Way! — Latest Episode of Schaftlein Report Gives All the Details