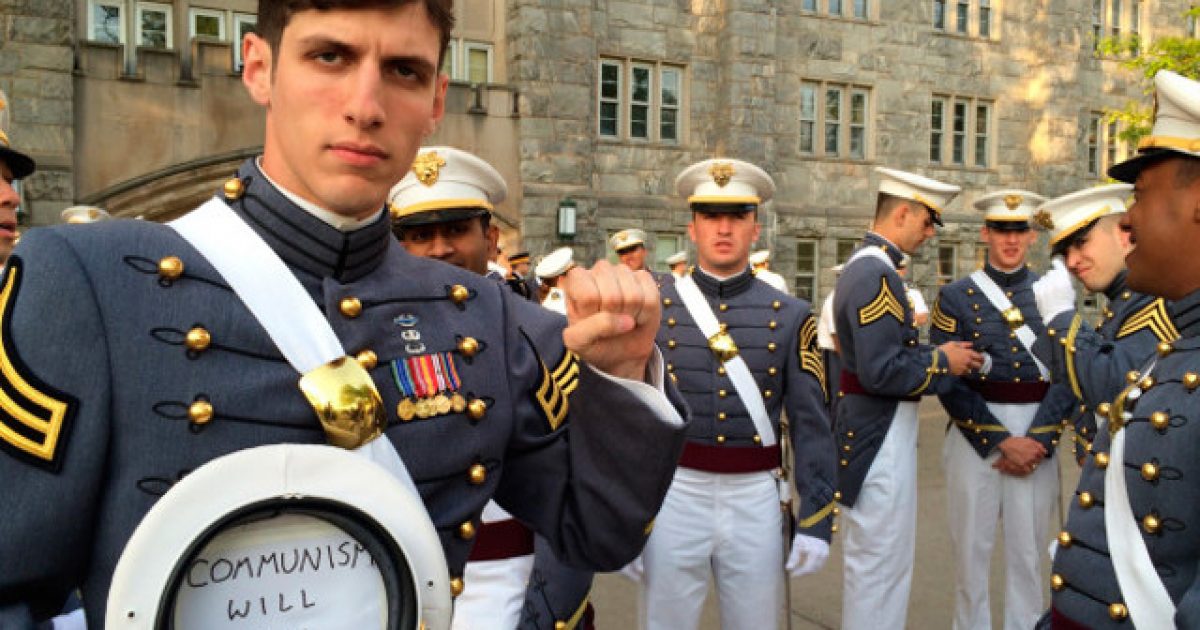 You might remember awhile back when images of Spenser Rapone were posted on Twitter from his West Point graduation ceremony where he brandished a hat featuring the message “Communism will win.”

The image caused quite a stir on the Internet, leading to all sorts of vitriol and even a few death threats thrown in the mix. Well it turns out that now, a year later, the Army is giving the guy the boot, a move that should be celebrated across the country.

People like Rapone have no business serving in the armed forces.

Top brass at Fort Drum’s 10th Mountain Division accepted Rapone’s resignation Monday after an earlier reprimand for “conduct unbecoming of an officer.” Rapone said an investigation found he went online to advocate for a socialist revolution and disparage high-ranking officers and US officials. Officially, the Army said in a statement only that it conducted a full investigation and “appropriate action was taken.”

An unrepentant Rapone summed up the fallout in yet another tweet Monday that showed him extending a middle finger at a sign at the entrance to Fort Drum, accompanied by the words, “One final salute.”

“I consider myself a revolutionary socialist,” the 26-year-old Rapone told the Associated Press in a series of interviews. “I would encourage all soldiers who have a conscience to lay down their arms and join me and so many others who are willing to stop serving the agents of imperialism and join us in a revolutionary movement.”

Rapone said his journey to communism grew out of his experiences as an Army Ranger in Afghanistan before he was accepted into the US Military Academy. And those views only hardened during his studies of history as one of the academy’s “Long Gray Line.”

It’s scary that young men like this actually exist in our military, as these individuals could put the lives of those involved in combat at risk as they don’t believe in the principles our military believes in, nor do they likely possess the courage to sacrifice their lives for the greater good of their teammates.

Not exactly the type of soldiers you want on the battlefield.

Let’s hope this kid wakes up and pulls his head out of whatever crevice it’s jammed in and sees how reality actually works.