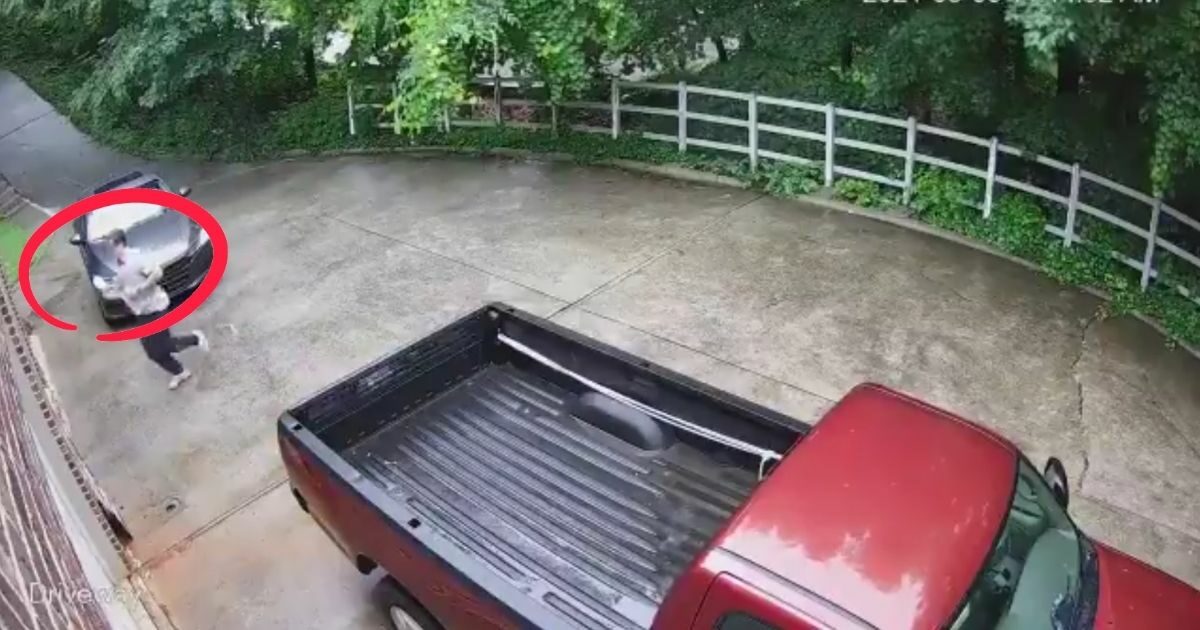 It appears that serving lawsuits is not a strong suit for Democratic Rep. Eric Swalwell of California. First, he claimed he was unable to find Republican Alabama Rep. Mo Brooks to serve him a lawsuit related to the Jan. 6 incursion into the Capitol, so Swalwell hired someone to do it for him.

Eventually, that resulted in a wild video where the process server can be seen running into Brooks’ garage to apparently serve the lawsuit to his wife, Martha. In the latest twist in this saga, that process server, identified as Christian Seklecki by AL.com, is now facing charges after he unlawfully trespassed on Brooks’ property.

If so, why do I have this video showing the man chasing my wife into my home? pic.twitter.com/JdlgAdia1a

That video clearly shows Seklecki, who was working for Swalwell, entering an area of the Brooks’ home without permission. Martha Brooks filed a lawsuit immediately after the incident, and Mo Brooks’ congressional office issued a news release confirming that an arrest warrant had been sworn out, AL.com reported.

“Mo and I take our security very seriously, as do all families,” Martha said in the release. “My hope is that my actions today will cause the process server to think twice before illegally invading the sanctity of someone else’s home, and put those who would threaten our security on notice that we will pursue illegal actions to the fullest extent of the law.”

Swalwell’s camp attempted to defend Seklecki despite the obvious video evidence against him. AL.com reported that an attorney for Swalwell claimed “there was nothing illegal or inappropriate about the service.”

According to Alabama law, “A person is guilty of criminal trespass in the first degree if he knowingly enters or remains unlawfully in a dwelling.” This is defined as a Class A misdemeanor in the state.

The original lawsuit that Seklecki served to Martha was ridiculous on its face. According to CNN, Swalwell named Mo Brooks as a defendant in the lawsuit along with former President Donald Trump, his son Donald Trump, Jr. and former New York City Mayor Rudy Giuliani.

The lawsuit claims that those four individuals “incited” a riot on Jan. 6, and that they “aided and abetted violent rioters.” These are similar to the phony charges brought by House Democrats when they impeached Donald Trump over the incident.

“Congressman Eric Swalwell lied in his politically motivated, meritless lawsuit against President Donald Trump and me when he falsely claimed I incited the January 6 Capitol violence,” Mo Brooks said in the same news release announcing the arrest warrant against Seklecki.

From the outset, Mo Brooks has effectively laughed off Swalwell’s suit. He took particular exception to the idea that Swalwell could not find him to serve the lawsuit, which eventually resulted in Swalwell asking for an extension, AL.com reported in a separate article.

In response to this claim, Brooks posted a tweet showing himself in public settings and mocking Swalwell for supposedly being unable to locate him.

“@ericswalwell is apparently trying to ‘find me’ to discuss my Save America speech,” he wrote on June 4. “Have you seen me out?! Good ol’ Patriots have! Guess the libs aren’t looking so hard.”

.@ericswalwell is apparently trying to “find me” to discuss my Save America speech. Have you seen me out?! Good ol’ Patriots have! Guess the libs aren’t looking so hard. pic.twitter.com/UImAuqyvxv

He kept the joke going with more tweets in which he sarcastically disguised himself in glasses and “hid” at his granddaughter’s birthday party.

.@EricSwalwell Still can’t find me? Avert your “loving” eyes from Communist Spy Fang Fang. I am “hiding out” at my granddaughter Evelyn’s 7th birthday party in Alabama the Beautiful!

See you soon for the 100th+ time on House Floor for votes since suit filed! pic.twitter.com/Bub9BS2GtZ

Brooks is completely reasonable in mocking this lawsuit. To be frank, it is a baseless suit that probably deserves to be mocked.

Neither Brooks nor the other three people listed as defendants incited any riots. The idea that speeches given that day with regard to the election somehow suggested it was acceptable to riot at the Capitol is simply a lie.

Furthermore, new evidence in recent days has suggested that the events on Jan. 6 may not have been as riotous as we thought. For example, Wisconsin Republican Sen. Ron Johnson said he reviewed video footage that showed Capitol Police officers standing by and allowing people to enter the Capitol building.

This lawsuit against Brooks is a purely partisan attack that is not based in fact. Unfortunately for Swalwell, it now seems that the person most likely to be charged in this whole incident is his own minion.