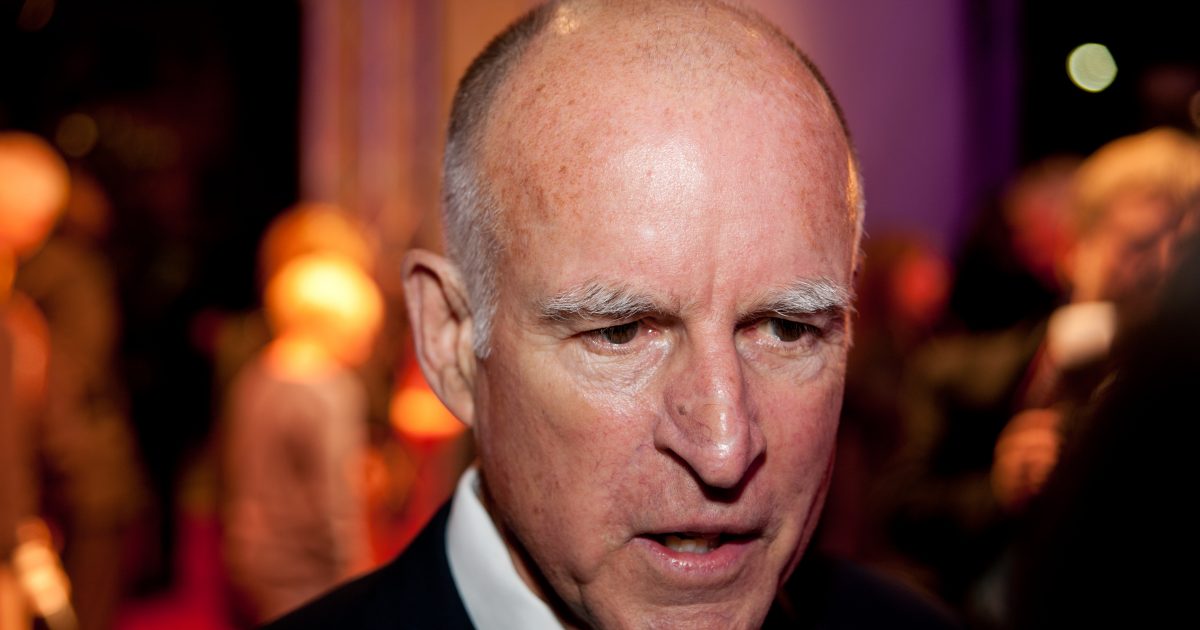 There are portions of once-idyllic California counties that have transformed into deformed hellscapes seemingly overnight, and the state’s governor is out here trying to score political points with Al Gore.

The crippling wildfires of the Golden State have provided Americans with a glimpse into the apocalypse itself.  Swirling fast moving fires are riding the valley winds into towns such as Paradise and Malibu, completely annihilating whatever stands in their way.

Meanwhile, thanks to the prevalence of the internet and smartphones, we are being treated to horrendous scenes from eye witnesses who are attempting to flee the affected areas.  One such video, of a woman’s reaction while dangerously driving through fire-ravaged evacuation routes was almost too tough to watch.

And, through it all, California Governor Jerry Brown found a way to make this a political issue.

California Gov. Jerry Brown said all climate-change deniers are “definitely contributing” to the fatal wind-whipped wildfires that have pummeled northern and southern parts of the state over the past few days, as well as blazes “in the coming years.”

The Camp Fire in Butte County, north of Sacramento in California’s Gold Rush country, has claimed the lives of at least 29 people, according to Cal Fire incident stats this evening. The blaze, which started Thursday, has destroyed 6,453 residences and 260 commercial buildings, making it the most destructive fire in the state’s history as it ripped through Paradise, Calif., at a speed of 80 acres per minute, and was 25 percent contained at 111,000 acres. The cause is still under investigation.

California’s Office of Emergency Services estimated late this afternoon that about 100 people are still unaccounted for in the area of the Camp Fire.

The immediate jump to politicly charged rhetoric is nothing new for Brown, who has used his last few months in office to continuously agonize the Trump administration and American conservatives everywhere.