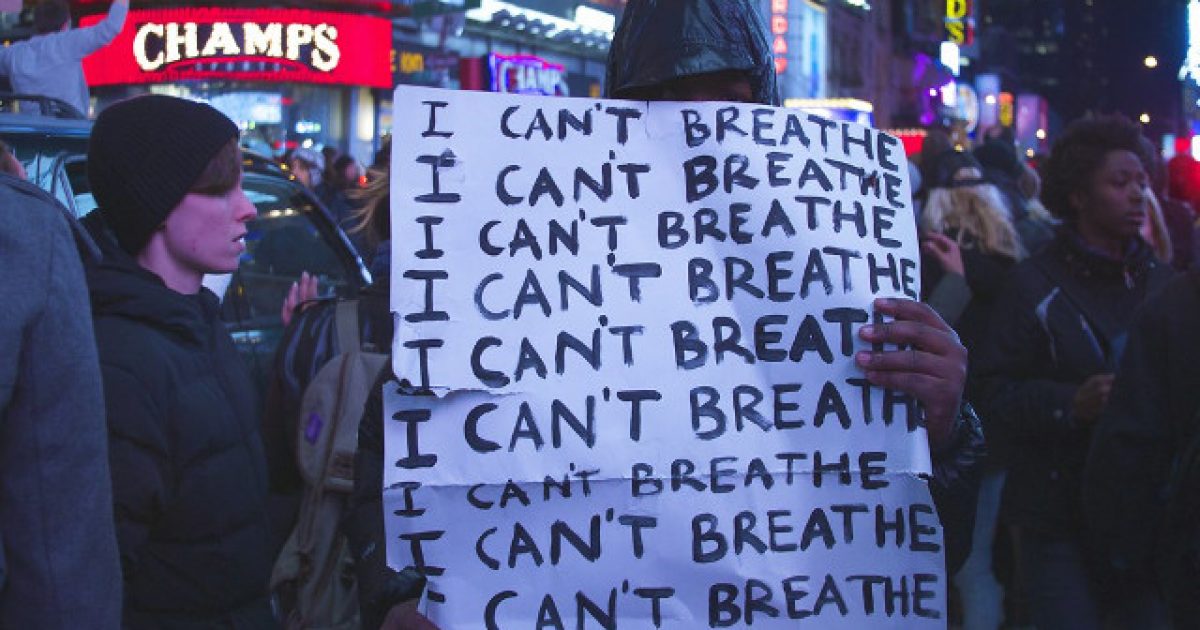 The New York Police Department is getting prepared for massive rioting to break out as the decision about whether or not to fire police officer Daniel Pantaleo would be fired from his position over the 2014 death of Eric Garner.

It’s a sad state of affairs that violence has become the default response from folks in this country, especially when it comes to matters related to local law enforcement, but that’s the age of political correctness we now dwell within.

From the Daily Wire:

According to The Daily Mail, “A police source said NYPD headquarters phoned borough commands this morning to prepare for the announcement, not wanting to issue a written directive for fear it would leak out. Hundreds of cops will be mobilized and stationed at various places, including in Staten Island, the New York borough where the fatal take down of Eric Garner occurred.”

A police source told The Daily Mail, “The borough commands have been notified to schedule personnel in anticipation of a Pantaleo decision on Thursday. The call came from headquarters to the borough commands this morning. They’re putting plans in place. We may end up with all kinds of protests.” The source continued, “Nobody knows what (New York Police Commissioner James) O’Neill’s going to decide. The judge in the hearing was to give him a recommendation for disciplinary action. But it is solely O’Neill’s decision what to do. If he fires Pantaleo, he’s going to have backlash from the cops. If he doesn’t fire him, then he’s going to face backlash from the public. He’s boxed in.”

Garner’s relatives have urged New York mayor Bill de Blasio to support the firing of Pantaleo. De Blasio has said, “The mistake here was believing that the Justice Department was going to do its job. I’m not issuing an opinion because I respect that this process has to play out. I feel very strongly as somebody who wants to be president that what leaders do is look at our legal system, look at what matters for making our institutions work for people and not because of political gain. Being a leader takes a lot of restraint and being a leader takes a lot of patience.”

In recent news, Rep. Alexandria Ocasio-Cortez actually came out and more or less said that folks in this day and age have no choice but to participate in violent riots.

This, of course, is a totally irresponsible thing to say, but given AOC’s track record for spewing forth less than intelligent thoughts to pollute the airwaves, it’s not shocking she would think such a thing.

At the end of the day, it’s okay for those who think it’s wrong not to fire Pantaleo to voice their grievances, so long as the methods they choose for doing so don’t involve violence.

Let’s hope things don’t get as bad as they’re fearing they will, regardless of the decision that is announced.

REVEALED: CNN President Once Did Kamala Harris A Big Favor – No Wonder They’re In the Bag!