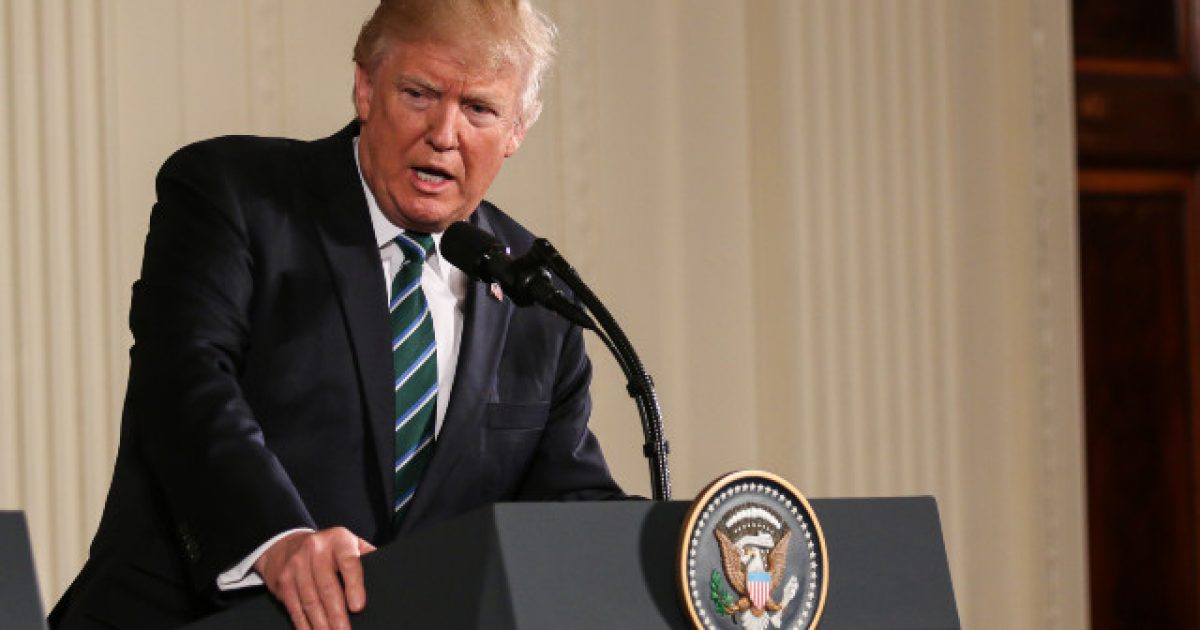 President Trump came out strong against the FBI and their case against Michael Flynn, calling the whole thing a “scam,” as new files from the FBI have revealed agents discussed their motivations for interviewing Trump’s former national security adviser, which raises some pretty important questions about the future of the case against him.

Trump took to Twitter, his favorite communication tool, where he made a post in all-caps saying: “DIRTY COP JAMES COMEY GOT CAUGHT!”

Comey and Trump have become bitter enemies ever since the president booted him from his job as the top dog at the FBI in 2017, right around the time of the now infamous interview of Flynn by the bureau.

What happened to General Michael Flynn, a war hero, should never be allowed to happen to a citizen of the United States again!

Does anybody really believe that Roger Stone, a man whose house was raided early in the morning by 29 gun toting FBI Agents (with Fake News @CNN closely in toe), was treated fairly. How about the jury forewoman with her unannounced hatred & bias. Same scammers as General Flynn!

.@CNN doesn’t want to speak about their persecution of General Michael Flynn & why they got the story so wrong. They, along with others, should pay a big price for what they have purposely done to this man & his family. They won’t even cover the big breaking news about this scam!

The president’s comments come as internal FBI documents were unsealed Wednesday, revealing that top bureau officials openly questioned if their “goal” was “to get him to lie, so we can prosecute him or get him fired,” when interviewing Flynn in the White House in January 2017.

The handwritten notes—penned by the FBI’s former head of counterintelligence Bill Priestap after a meeting with then-FBI Director James Comey and then-FBI Deputy Director Andrew McCabe, Fox News is told—further suggested that agents planned in the alternative to get Flynn “to admit to breaking the Logan Act” when he spoke to then-Russian Ambassador Sergey Kislyak during the presidential transition period.

The Logan Act is a fairly obscure statute that has never before been used in a criminal prosecution. The legislation was enacted way back in 1799 well before the invention of telephones and was intended to keep people from falsely claiming they represented the United States government abroad.

One of the notes said, “What is our goal? Truth/Admission or to get him to lie, so we can prosecute him or get him fired?”

Well, that certainly looks like some sort of conspiracy to set Flynn up and ensure he didn’t receive a fair trial, doesn’t it?

Another one of the notes read, “If we get him to admit to breaking the Logan Act, give facts to DOJ + have them decide.”

The memo appears to weigh the pros and cons of pursuing those different paths. “I don’t see how getting someone to admit their wrongdoing is going easy on him,” one note reads. Flynn did not ultimately admit to wrongdoing in the interview — and later was pursued by the FBI for making alleged false statements. He pleaded guilty, but has since tried to reverse course.

At the end of the day, it seems fairly clear that Flynn didn’t receive a fair shake. As such, he should be pardoned by the president immediately. Those involved in this whole fiasco should immediately be held accountable for their actions, whatever that might look like.

Nancy Pelosi Speaks On Sexual Assault Allegations Against Biden: ‘A Matter He Has To Deal With’