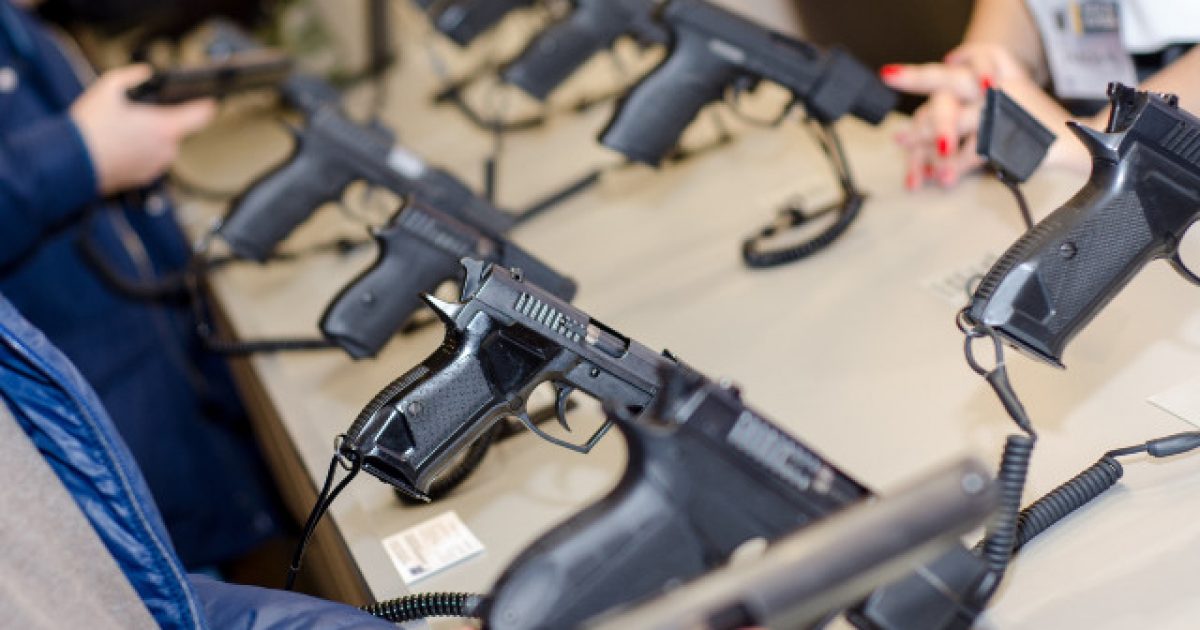 The Black Lives Matter violence, the call for defunding the police, and many cities actually capitulating to those “demands,” have had a very unintended consequence. It seems these actions have motivated more and more Americans to exercise their Second Amendment rights.

According to new data from the FBI indicates that gun sales exploded during the month of June, hitting a brand new all-time high.

“The new coronavirus pandemic, civil unrest after the killing of George Floyd and the ensuing movement to defund police are bringing in new buyers worried about their personal safety, according to buyers, store owners and gun experts,” The Wall Street Journal reported. “In June, background checks for firearms were up 136%, compared to a year earlier … background checks in June for civilians seeking a license to carry were the highest since the FBI began conducting checks 20 years ago.”

FBI statistics that were released at the start of the month showed that 3,931,607 background checks were processed last month, which is by far the most ever recorded. The previous all-time record was set in March—when parts of the U.S. began going into shutdown over the coronavirus—when 3,740,688 were conducted.

Firearm sales in June were the highest monthly sales since data collection began in 1998: 3.9M firearms sold. @phil_wellesley and Robin McKnight explore the trend, as well as potential causes and consequences. https://t.co/X7ZdI0zP3X pic.twitter.com/WKRchQ07SK

The Journal reports that dealers estimate that some 40% of sales have been going to first-time buyers, “an increase over the normal average of about a quarter,” and say that many of the new buyers “are people who say they never thought they would own a firearm and were previously critical of those who did.”

One gun buyer told the media that he was purchasing a gun and applying for a permit because he was scared that police wouldn’t be able to provide him with adequate protection.

“I don’t want to ever shoot anybody ever. But if I had to duck and shoot back in self-defense, at least I’d have a chance.”

How sad is it to hear good, law-abiding American citizens say something like this? This is how far our society has devolved over the course of the last several months.

Of course, the seeds of unrest were planted long ago by former President Barack Obama years ago. This is just the fruit of all his labor.

And it’s not just conservatives going out and buying up all the guns either.

Registered Democrat John Kingdon, a big fan of gun control in the past, spoke to the paper saying he bought a semi-automatic pistol a few months ago, saying, “If I had a hard time getting police to respond to me when we weren’t in a pandemic, what about now?”

Folks, there’s no better time to own a gun. We have always held the primary responsibility for our own safety. It’s just that now people are starting to have their eyes opened to that reality.