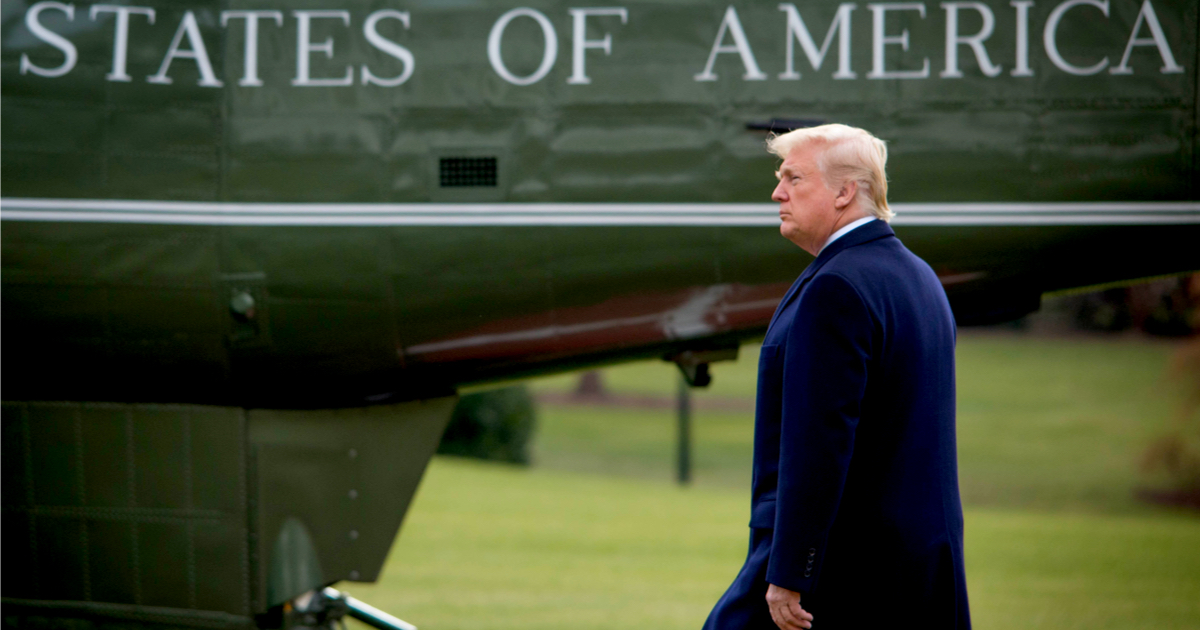 President Trump and the democrats are locked in an incredibly contentious battle over border security at the moment, with neither side looking to budge a single inch on the subject.

The Commander in Chief has pulled out all the stops.  Not only has he allowed the government to shut down over his requested border wall funding, but he has played the democrats for fools every step of the way.  Just yesterday, the President allegedly walked into a meeting with congressional leaders, asked if they’d give him the wall money, and, when they said no, simply walked away, reportedly saying “bye bye”.

The next step for the President seems to be the possibility of using a National Emergency declaration in order to make his border barrier a reality – something that will likely incense the leftist “resistance” to no end.

On his way to the border today, the President reiterated this possible approach.

President Trump, as he left the White House Thursday for a visit to the U.S.-Mexico border, escalated his warnings that he could declare a national emergency to pursue his long-promised wall if he cannot reach a deal with Congress to fund border security and resolve the partial government shutdown.

The president told reporters on the White House lawn that he has an “absolute right” to declare a national emergency, as the government enters day 20 of the partial shutdown.

“I have the absolute right to declare a national emergency, the lawyers have so advised me,” Trump said. “I’m not prepared to do that yet, but if I have to, I will.”

On the other side of the aisle, however, both politicians and pundits are behaving pedantically and childishly.

Just last night, CNN contributor Ana Navarro simply stopped paying attention to an opposing viewpoint on airoffensive, feminist caricature, choosing instead to begin filing her nails in some sort of that set women in the media back some 15 years.