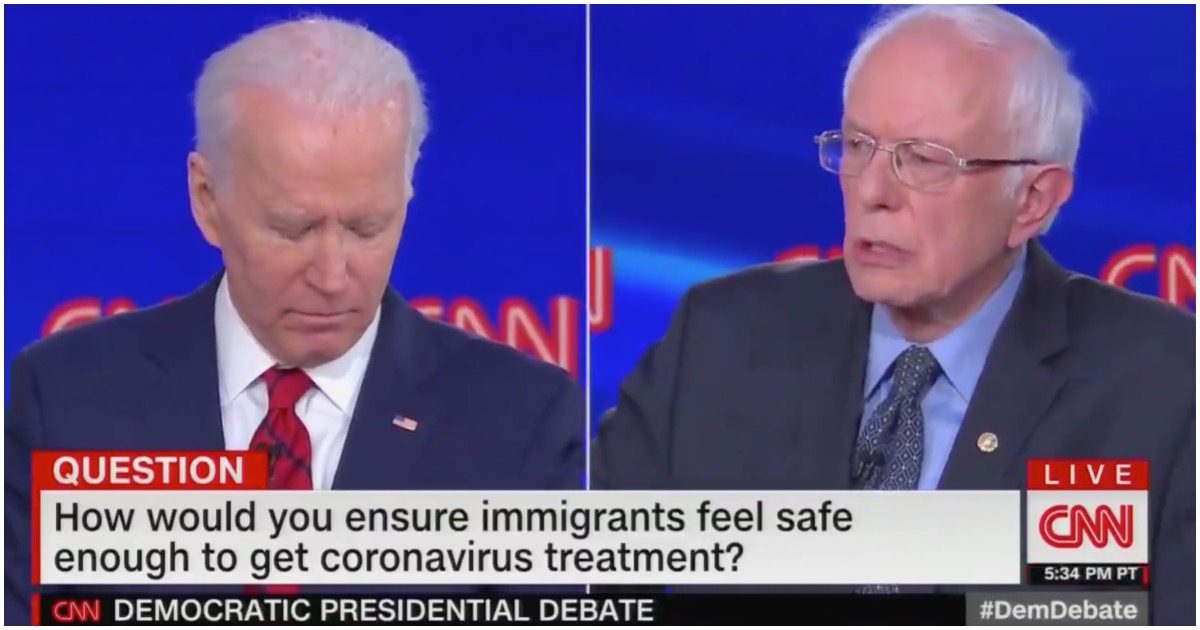 Democrats. Doing everything possible to ensure America falls. Why don’t they just come out and admit it, already? Who do they think they’re fooling, at this point?

Check out 2020 presidential candidate Bernie Sanders at Sunday night’s debate with Joe Biden. Bernie wants you to know that he’ll do everything in his power to take more of your money to pay for illegal aliens.

And Biden doesn’t even care.

WATCH: Bernie Sanders confirms that so-called "Medicare for All" would include illegal aliens.

Democrats want to raise taxes on middle-class American families and workers in order to give free health care to illegal aliens.#DemDebate pic.twitter.com/tl2vHKhDti 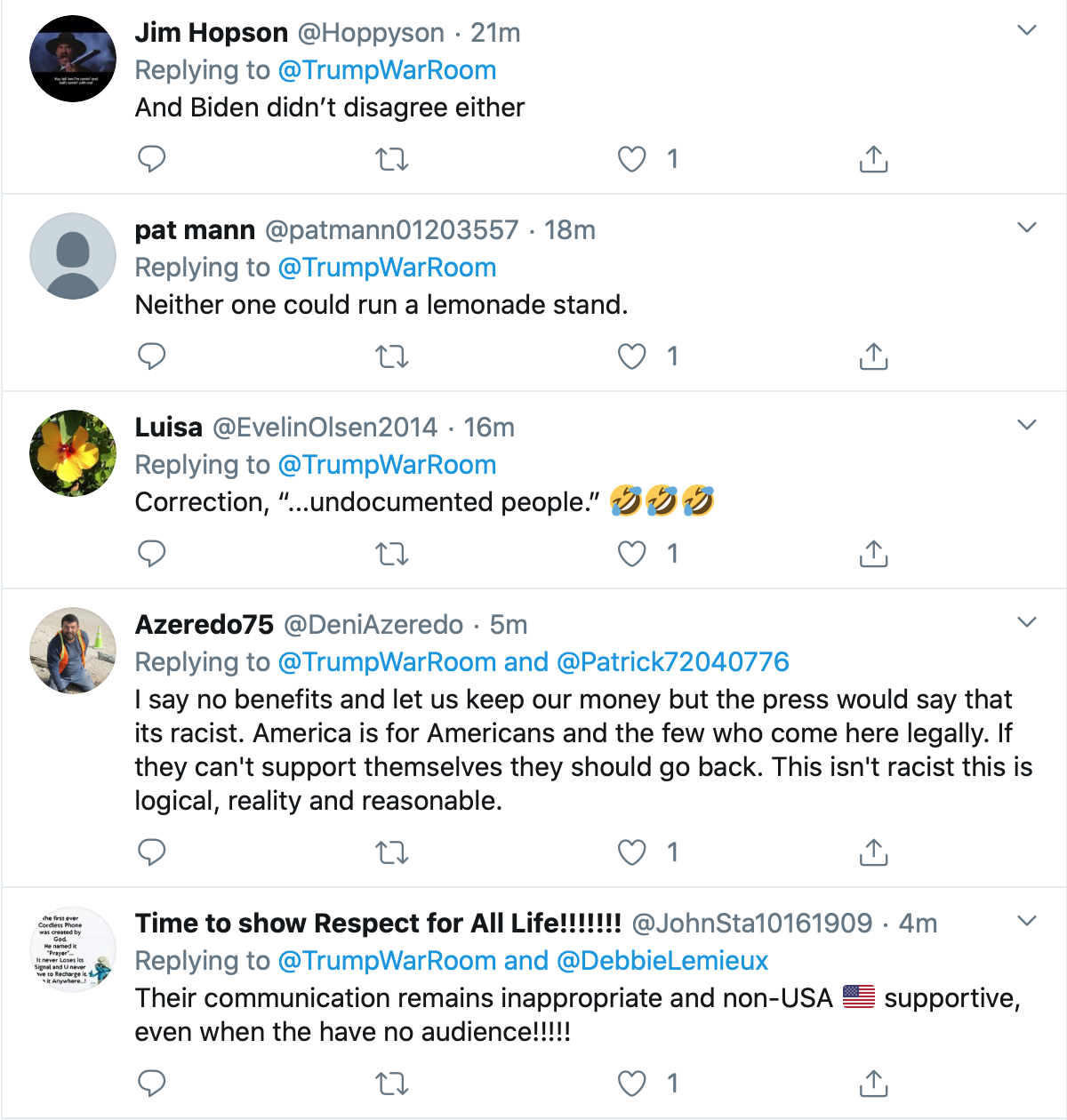 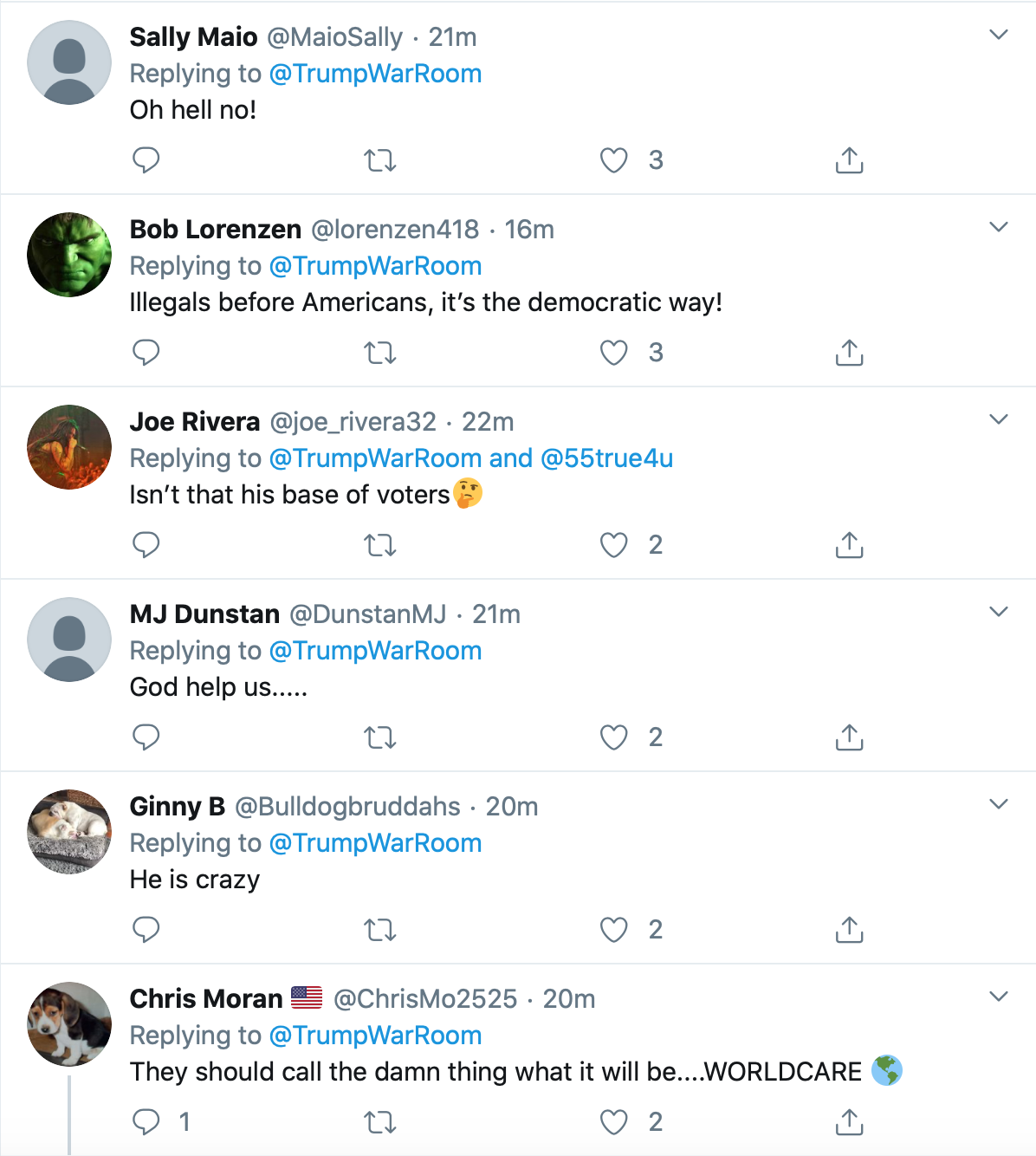 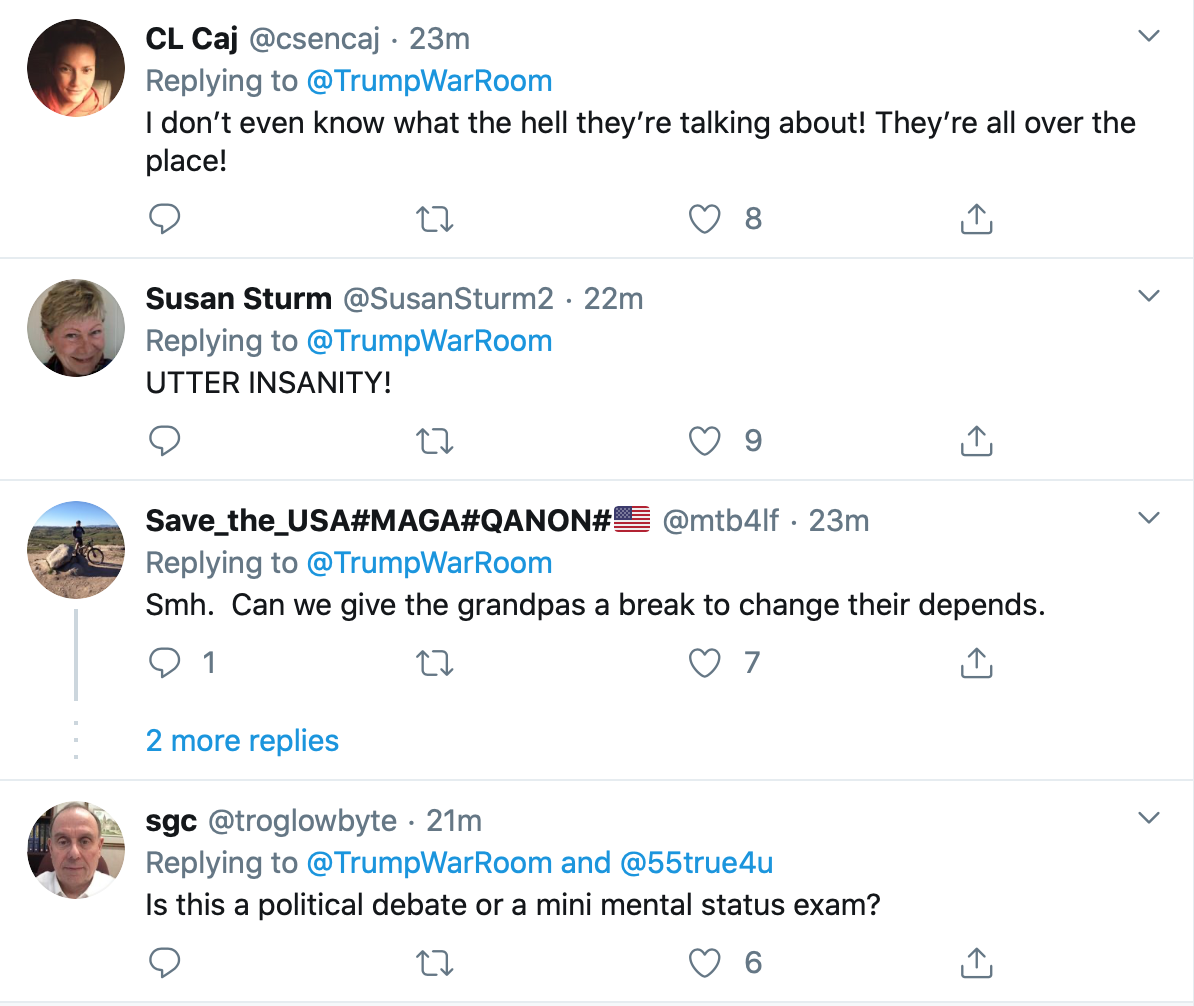 The analysis, coupled with an extensive healthcare reform study authored with the Commonwealth Fund, finds that while “Medicare for all” would leave no one uninsured, over a decade it would increase government spending by $34 trillion while overall healthcare spending would climb to $59 trillion.

That total is $7 trillion more than the U.S. is projected to spend over 10 years under current law, though under “Medicare for all” the federal government would be covering a much larger share of the costs.

The study finds “Medicare for all” may cost the federal government as little as $32 trillion if employers were to increase wages as a result of not having to pay for employee coverage, which would bring in more income tax revenue. But employers may not make that change, and if the final law were to pay doctors and hospitals more than Medicare rates then the proposal would be even more expensive.

Researchers have concluded that the cost of providing more healthcare to more individuals is going to be much higher than the savings the system would supposedly accrue by reducing the amount medical providers get reimbursed through the slashing of administrative costs.

Why does a man in his 70s still not understand how economics work? Why does Sanders have a single supporter in this country?

Thanks a lot, media – you continue to lead the blind off the cliff.