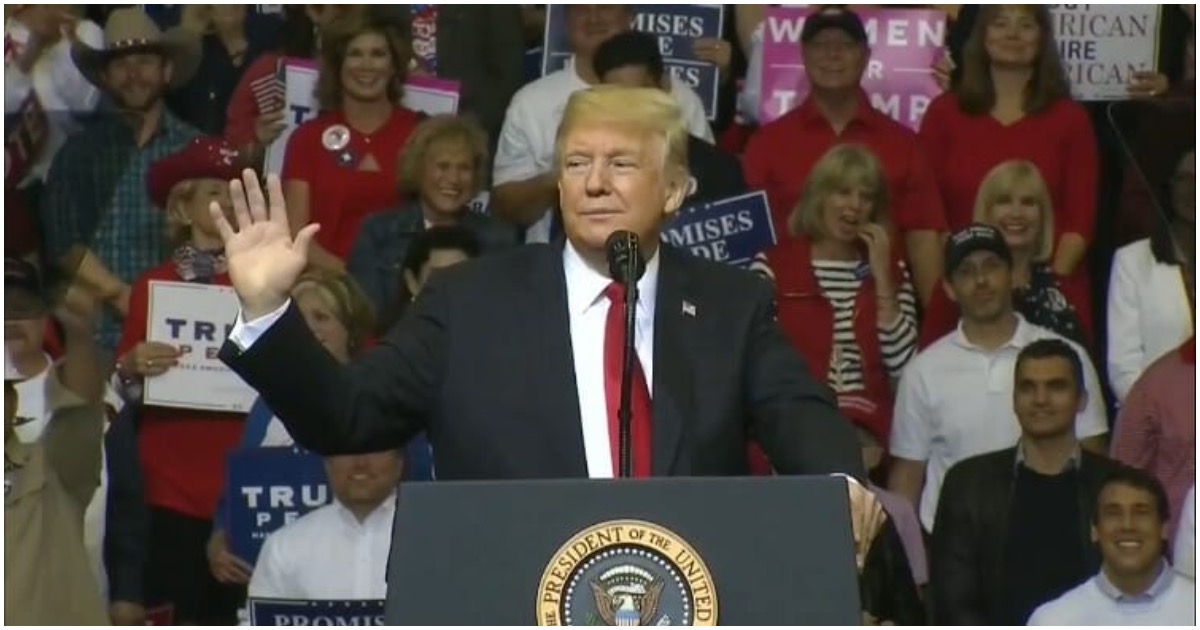 During his rally for Senator Ted Cruz before 18,000 supporters at the Toyota Center in Texas, President Trump said gas prices would soon be plunging.

Party leaders were caught off-guard over the weekend after Trump said at a Saturday afternoon campaign rally in Nevada that “we’re looking at a major tax cut for middle-income people.” He said House Speaker Paul Ryan and other House Republicans were developing a plan that would be unveiled shortly before the midterms.

The announcement was tacit recognition that the tax cut Trump and Republicans passed into law last year isn’t proving as popular as they had hoped. The law is widely regarded as having mainly helped corporations and wealthy people. Many election forecasts predict that Democrats are likely to win control of the House of Representatives.

But congressional offices could not confirm that any new tax legislation was in the works. Later on Monday, a White House spokeswoman clarified that Trump wants the tax cut included in a second round of legislation the House passed in September.

More on Trump, the “nationalist“:

President Donald Trump railed against “globalists” and declared himself “a nationalist” during his rally Monday night in Houston — prompting “USA” chants.

“A globalist is a person that wants the globe to do well, frankly not caring about the country so much,” Trump said, prompting boos from the crowd. “You know, we can’t have that.”

“You know they have a word, it sort of became old fashioned, it’s called a nationalist,” Trump continued. “And I say really, we’re not supposed to use that word.”

Obama Goes to Vegas to Slam Trump, Says ‘I Believe In Facts’ (Watch)