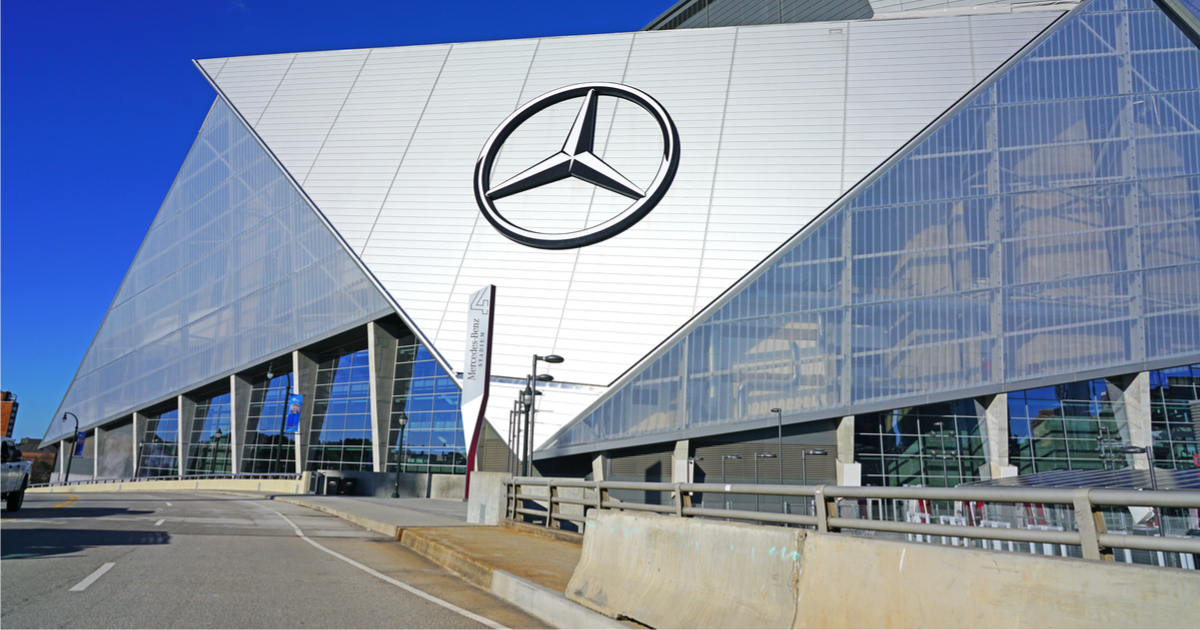 With the Big Game just hours away, the City of Atlanta, Georgia is a happening place.

For weeks, city officials, entrepreneurs, and authorities have been working on their plans to host the tens of thousands of fans expected to flood the city this weekend.  The Super Bowl is more than just a single game on Sunday night, with events occurring nightly over the course of the last week, all over the capital city.

This influx of pedestrian traffic was the impetus behind a state of the art, $23 million footbridge at Mercedes-Benz Stadium…a footbridge that won’t be open for the Super Bowl.

The bridge — which was initially supposed to cost $13 million — connects Atlanta’s Mercedes-Benz Stadium and a public transit station. It was intended to allow tens of thousands of fans to easily access the stadium without having to cross four lanes of vehicular traffic.

The project cost blew up by additional $10 million when city officials began fearing that the lavish bridge, equipped with stunning LED lights and other cosmetic enhancements, wouldn’t be finished in time for the game.

Although it was completed on time, authorities in charge of stadium security have now closed the bridge to the general public after deciding the its proximity to the stadium entrance was a security risk, the Atlanta Journal-Constitution reported.

The assessment was made with the help of some of the nation’s top security agencies.

“This event has been categorized by the federal government as a Special Event Assessment Rating (SEAR) Level 1,” an Atlanta spokesperson told the newspaper.

“The FBI and NFL in consultation with other security partners made the determination to close the bridge to the public ahead of the event. However, the bridge will be open for attendees to exit at the conclusion of the game.”

During the pregame hours, the bridge will be used for credentialed media personnel and stadium staff.

Related Topics:atlantaFeaturedinfrastructureNFLSuper Bowl
Up Next

Russia Responds to Pompeo Announcement with MAJOR Decision of Their Own