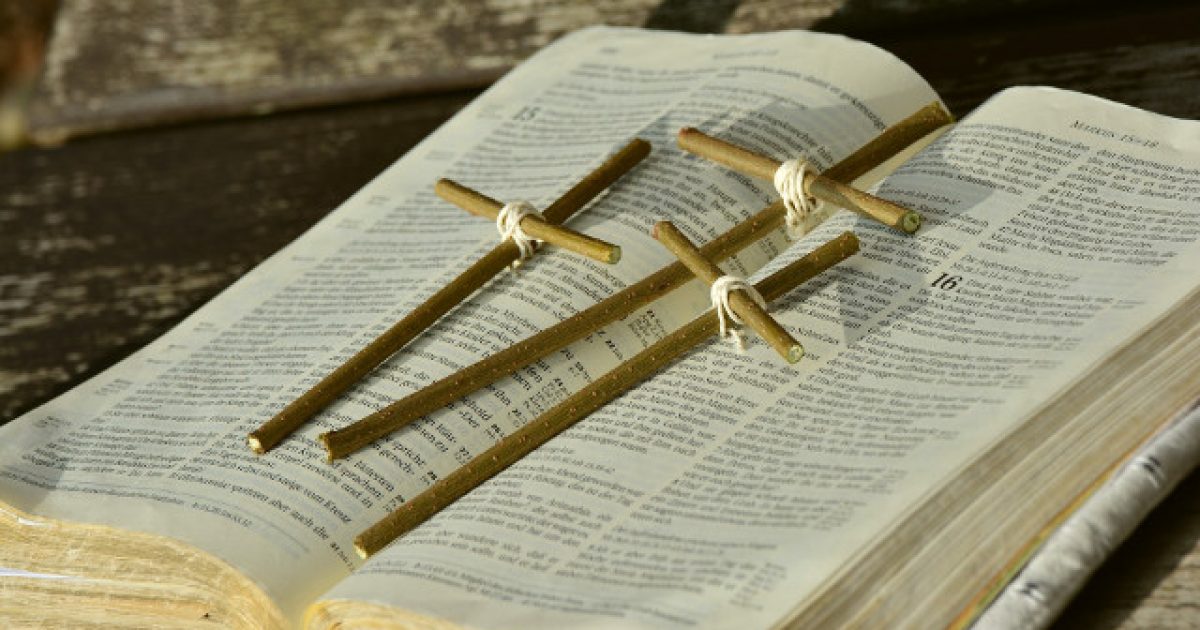 Being a Christian is hazardous for your health in the modern world, and that’s not just physically speaking. Apparently, it can be bad for your career, social standing, and all sorts of other things, thanks to the hatred of the left for all things related to the Lord of Glory.

The latest example of this comes from the tale of a Finnish politician who is now under investigation for a hate crime. What did she do to earn such a charge? Posted a Bible verse on her Facebook account.

This, ladies and gentlemen, is the hatred by the world Jesus warned us about.

The verse, Romans 1:24-27, accompanied a criticism of the Evangelical Lutheran Church of Finland over its participation in the Helsinki LGBT Pride events that took place in June.

24 Therefore God gave them over in the sinful desires of their hearts to sexual impurity for the degrading of their bodies with one another. 25 They exchanged the truth about God for a lie, and worshiped and served created things rather than the Creator—who is forever praised. Amen. 26 Because of this, God gave them over to shameful lusts. Even their women exchanged natural sexual relations for unnatural ones. 27 In the same way the men also abandoned natural relations with women and were inflamed with lust for one another. Men committed shameful acts with other men, and received in themselves the due penalty for their error.

Rasanen’s hubby is a pastor in the Evangelical Lutheran Church, captioned the post saying, “How can the church’s doctrinal foundation, the Bible, be compatible with the lifting up of shame and sin as a subject of pride? #LGBT #HelsinkiPride2019.”

The man is absolutely spot on in what he said. The Bible makes it clear that both homosexuality and exulting in one’s sin are both egregious offenses to a holy, righteous God. Therefore, those engaging in both of those heinous acts of treason against the Creator need to repent of their sins and put their faith and trust in Jesus Christ for salvation.

Listen. We’re all sinners, okay? No one is exempt. A homosexual is no worse a sinner than anyone else, yours truly included. My sins are different, but they’re still sins. Our only hope is Jesus. Period. There’s no other way to heaven. If you continue to reject the Lord, you wind up paying for your crimes in Hell, straight or gay.

Here’s a bit more about the investigation:

In August, Räsänen tweeted, “I am not concerned on my part, as I trust this will not move on to the prosecutor. However, I am concerned if quoting the Bible is considered even ‘slightly’ illegal. I hope this won’t lead to self-censorship among Christians.”

Christians all over the world are being persecuted by those in power and authority for sharing the truth of Scripture. If you don’t think it can — and already is — happening here, you’re sorely mistaken.

This is why Christians need to be advocates fighting for religious freedom at all costs. If we don’t have this liberty, the government will oppress the church, no doubt about it. Then again, given the condition of the modern American church, maybe that’s exactly what it needs.

Couple Claims They Were Forced To Take Down Betsy Ross Flag; The Reason Will Make Your Blood Boil