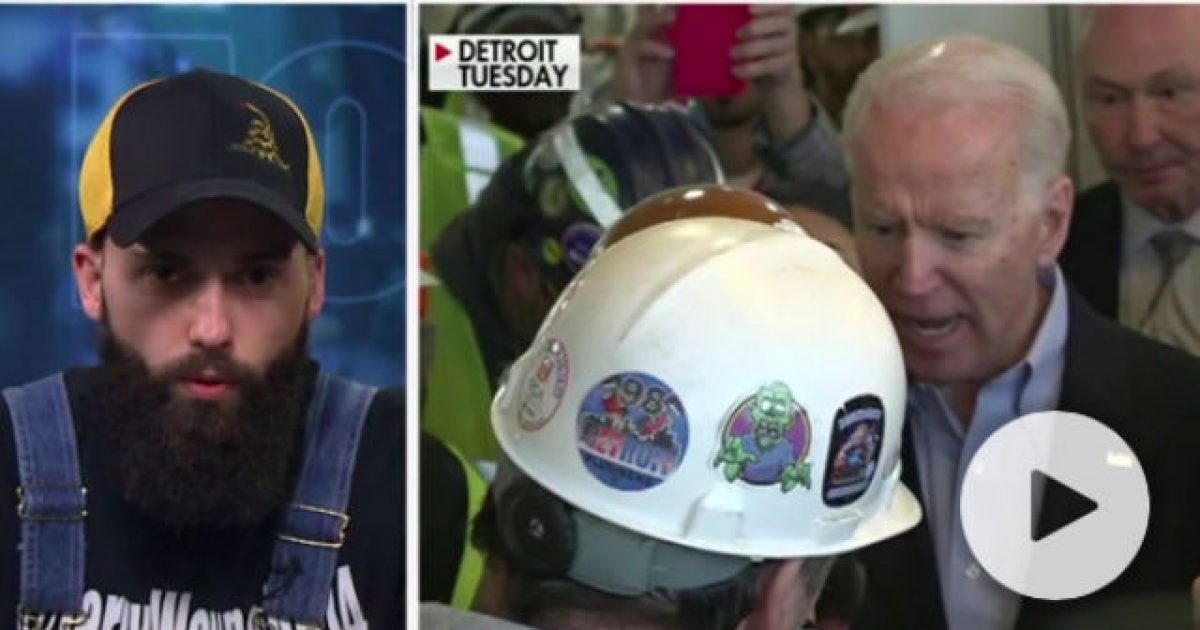 A video on Tuesday went viral after it showed current Democratic presidential candidate Joe Biden getting into a rather tense and hostile altercation with an autoworker who accused him of trying to take away the Second Amendment rights of American citizens.

Things got so intense during the argument that Biden actually told the man he was “full of sh**” and to stop being a “horse’s a**.”

The man involved in the incident recently did an interview with Fox & Friends where he stated that Biden “went off the deep end” during the discussion.

In an interview on “Fox & Friends,” Jerry Wayne said that originally he had no idea if Biden was even going to be taking questions when he visited the Fiat-Chrysler auto plant in Detroit on Tuesday.

“I also asked him how he wanted to get the vote of the working man when a lot of us, we wield arms. We bear arms and we like to do that. And if he wants to give us work and take our guns, I don’t see how he is going to get the same vote,” he said.

Biden was in Michigan as part of his campaign efforts, hoping to drum up more votes for the election that took place Tuesday evening. A total of 125 delegates were at stake.

“You’re full of sh– … I support the Second Amendment,” Biden told Wayne in a dispute caught on camera.

Wayne shot back, “You’re working for me, man,” and told Biden that he saw an online video supporting his claim that Biden is hostile to the Second Amendment.

This last bit, about Biden working for Wayne — a voter — didn’t seem to sit to well with the former vice president, as he replied by saying he wasn’t working for him and told him to stop being “such a horse’s a**.”

Hate to break it to Crazy Uncle Joe, but technically, yes, if he wins the presidency, he does indeed work for the people of this great country, including Wayne. He might not like it, but that’s the truth.

The president is a public servant, which, obviously, means he serves the public. The problem with Biden and other Democrats is they view these positions in government the other way around.

“It was a little bit disturbing to see that a politician wants to take away my right to defend myself,” Wayne told the “Friends” hosts.

“He doesn’t need to touch anybody’s weapon at all. What we need to do is we need to concentrate on teaching people how to respect firearms and how to use them – not take them away,” he advised.

This is the point that many conservatives have been trying to make for years on end. Guns don’t kill people, people kill people and just happen to sometimes use guns to do it.

Weighing in on the rough language used by Biden during the altercation, Wayne said, “I mean, I guess technically speaking he can say whatever he wants. “But, he was the vice president. He wants to be the president now. You are a candidate. You work for the American people. And, if you can’t understand that then you don’t deserve to have a leg in this race.”

He’s definitely got a point.

Coronavirus, The Economy And The Great Eschaton – Fair Warning (Opinion)