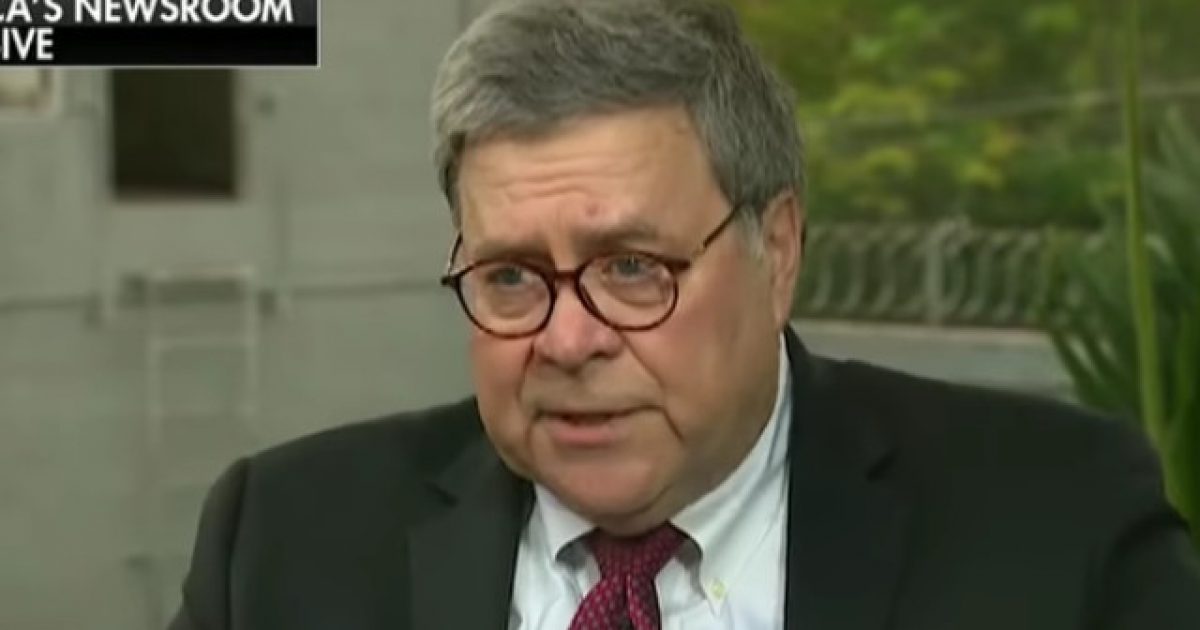 Attorney General William Barr has come out and labeled the cities of New York, Seattle, and Portland as “anarchist jurisdictions,” stating they have “permitted violence and destruction of property to persist,” after the president signed an executive order to limit federal funds sent to these places in the U.S.

The announcement came via the Justice Department on Monday morning, saying the leadership in these three cities “have refused to undertake reasonable measures to counteract criminal activities” for months now following the death of George Floyd, which led to an explosion in violent protests, riots, and looting.

“When state and local leaders impede their own law enforcement officers and agencies from doing their jobs, it endangers innocent citizens who deserve to be protected, including those who are trying to peacefully assemble and protest,” Barr said Monday. “We cannot allow federal tax dollars to be wasted when the safety of the citizenry hangs in the balance. It is my hope that the cities identified by the Department of Justice today will reverse course and become serious about performing the basic function of government and start protecting their own citizens.”

Trump’s early September memorandum stated that “it is the policy and purpose of the United States Government to protect the lives and property of all people in the United States from unlawful acts of violence and destruction” and that “without law and order, democracy cannot function.” The president said that “anarchy has recently beset some of our States and cities” and claimed that “for the past few months, several State and local governments have contributed to the violence and destruction in their jurisdictions by failing to enforce the law, disempowering and significantly defunding their police departments, and refusing to accept offers of Federal law enforcement assistance.” He named New York City, Seattle, and Portland in particular.

“The Federal Government provides States and localities with hundreds of billions of dollars every year, which fund a wide array of programs, such as housing, public transportation, job training, and social services. These funds have been collected from American taxpayers who entrusted their money to the Federal Government to serve our communities and our citizens,” Trump wrote. “My Administration will not allow Federal tax dollars to fund cities that allow themselves to deteriorate into lawless zones. To ensure that Federal funds are neither unduly wasted nor spent in a manner that directly violates our Government’s promise to protect life, liberty, and property, it is imperative that the Federal Government review the use of Federal funds by jurisdictions that permit anarchy, violence, and destruction in America’s cities.”

New York Gov. Andrew Cuomo was none too happy with the president’s order, ranting that this was another attempt by Trump to “kill New York City.”

Well, to be honest, it seems Cuomo is already doing a great job of literally sending the state to its grave with his horrible handling of the coronavirus, which led to thousands upon thousands of needless deaths, so it seems he probably doesn’t have a lot of room to talk.

Isn’t that a threat against the safety of the president? How is this guy still in office?

Regardless, this is a great move by Barr and Trump. The leftist leadership in these cities needs to do its job to protect its citizens and quell the violence.

Are Blue Lives Worth Protecting? — An Opinion Piece