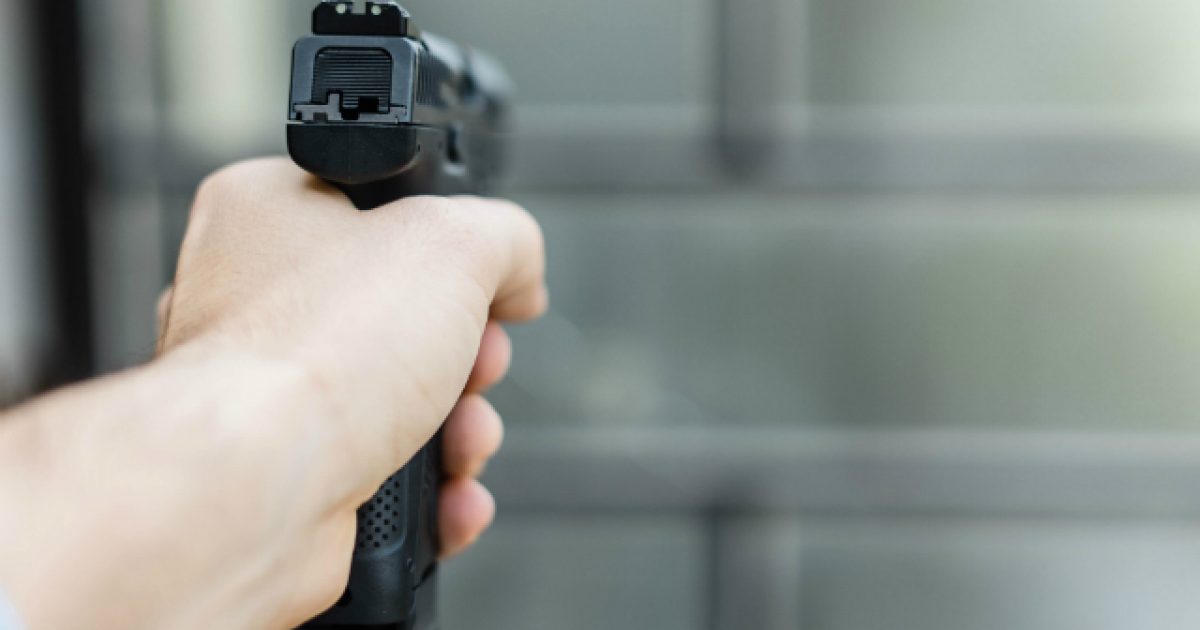 A 29-year-old woman is still behind bars after shooting the father of her children in self-defense, all because she did not have a concealed-carry permit for the weapon she possessed. The man, meanwhile, has been released on bond.

Police told the Herald & Review that the woman in question had a shunt in her head from a previous injury, thus a blow to that area of the body could prove to be fatal.

In response to the assault, the woman shot the man out of self-defense.

TheBlaze has the latest:

The man was hospitalized for a shot to his right side, the paper said, adding that police contacted the woman who voluntarily came to the police station for questioning.

Sgt. Chris Copeland told the Herald & Review the woman had several injuries to her face from the man battering her.

The man was arrested and is facing preliminary charges of domestic battery and unlawful vehicular invasion, the paper said, adding that he posted $10,000 bond.

But the woman — who’s not facing charges for the shooting — is facing a preliminary charge of aggravated unlawful use of a weapon for lack of a concealed carry license, the Herald & Review reported. She was being held in lieu of $75,000, the paper added.

This same scenario happened just last week when a woman in Chicago was attacked by a teenager who tried to take her property. The woman was charged with aggravated unlawful use of a weapon because she didn’t have a concealed carry license.

ICYMI: Dem Rep. Says Trump Must Be Impeached In Order to ‘Deal With Slavery’ (Video)