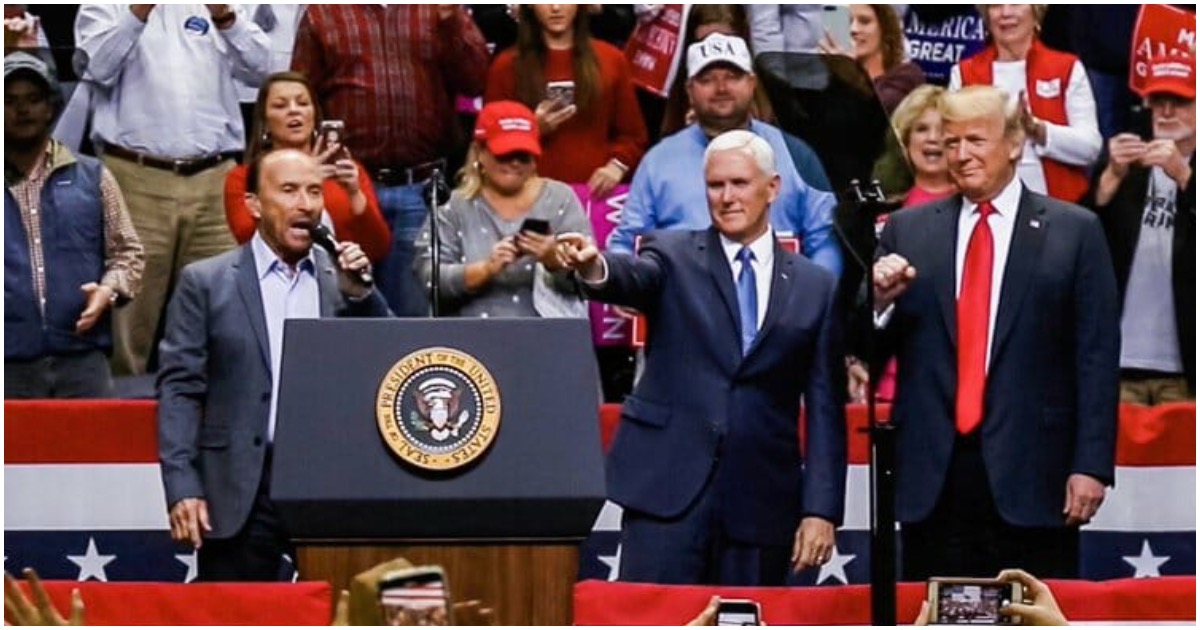 Lee Greenwood’s “God Bless the USA” is an American classic.

During a rally in Tennessee on Sunday for GOP candidates, Greenwood belted out the tune before a crowd of thousands while 45 made his way to the stage.

It could not have been more perfect.

Thank you for joining us tonight in Tennessee, @TheLeeGreenwood. GOD BLESS THE U.S.A.! pic.twitter.com/hfxi4Ct6Pv

THANK YOU TENNESSEE! What a great crowd to see @realDonaldTrump and support at @VoteMarsha Blackburn for Senate. She needs your support Tuesday. Also amazing to hear Lee Greenwood perform “God Bless the USA” live to a packed house. ???????? pic.twitter.com/5Rxay9pkOo

In just 2 days, the people of Tennessee are going to elect @VoteMarsha Blackburn to the United States Senate to protect your jobs, defend your borders, and CONTINUE MAKING AMERICA GREAT AGAIN! Get out on Tuesday and VOTE for Marsha! pic.twitter.com/BJhmItntMo