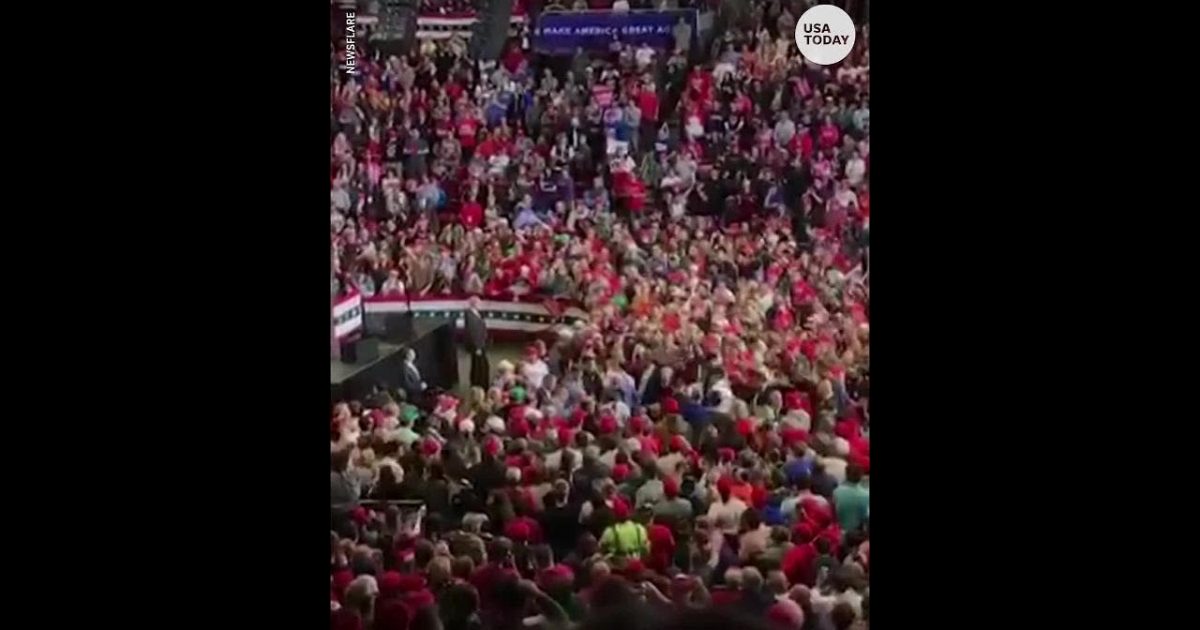 Only in the darkest of times can an act so profoundly beautiful truly shine.

I’m speaking of course about the scene late last night at Donald Trump’s final rally of the 2018 midterm elections.  The President, as always, looked at home behind the podium.  He fed off the crowd, as per his usual demeanor, and gave the people exactly what they wanted:  Some first class, blunt, and bombastic truths about the way the Washington Swamp has been treating him.

Given the excitement of the day, a woman near the front the gigantic crowd fell ill and collapsed.  Medical staff was thankfully able to reach her nearly immediately, but it was the reaction of her fellow republicans that truly turned heads.

Trump paused his rally for roughly five minutes after asking the audience to say a prayer as emergency responders made their way to the woman.

“Is there a doctor in the house, please? Doctor? Please. Thank you,” the president said while pointing to the woman in the crowd, according to The Hill.

As the woman received medical treatment, the crowd of thousands broke out into song.

“That was beautiful,” Trump said after resuming his spot behind the podium. “Hopefully she’ll be OK.”

This isn’t the first time that the President has overseen a medical emergency at one of his rallies, with guests frequently being forced to endure hours and standing in tightly packed arenas on account of Trump’s popularity.
Parler Facebook Twitter
Related Topics:2018 electiondeplorablesDonald TrumpFeaturedMAGArally
Up Next