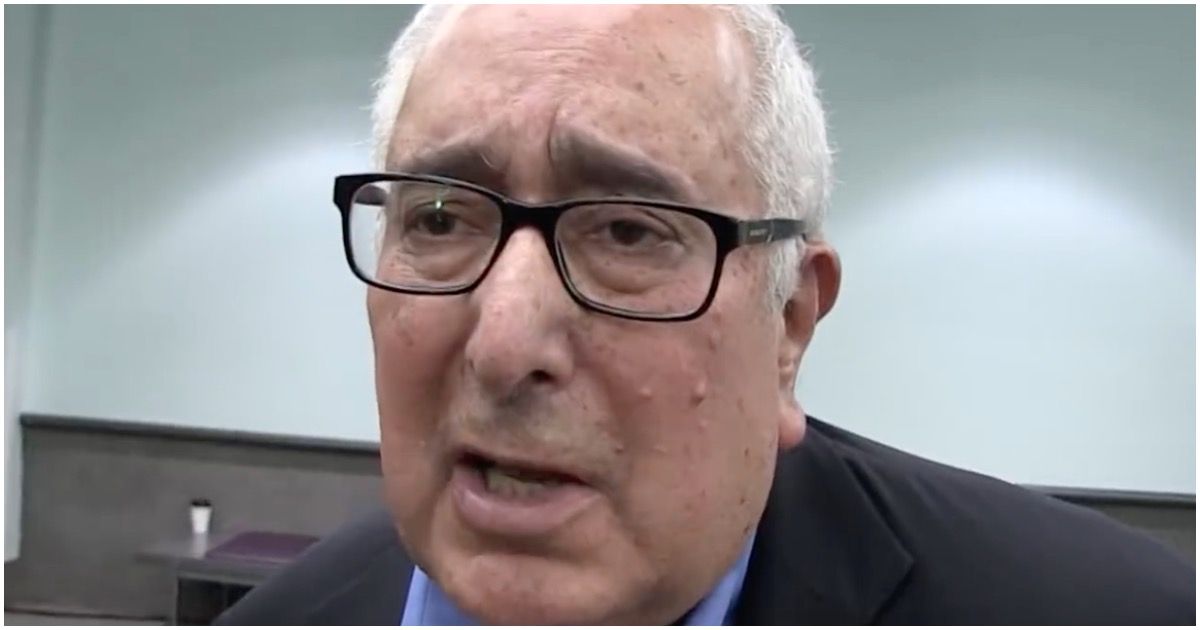 After graduating as valedictorian from Yale Law School, Ben Stein became a speechwriter for Presidents Richard Nixon and Gerald Ford.

Some people may not have known that fact, viewing Stein as merely the teacher from “Ferris Bueller’s Day Off.”

A TMZ reporter caught up with Ben, asking him about the mobs of liberals harassing GOP members of Congress in restaurants and airports.

The reporter was attempting to lead Stein into admitting that liberals are doing the right thing, as they are simply airing their grievances.

But Stein is no fool.

At one point, he referred to the liberal mobs as the “Brownshirts” of the Nazi Party, noting: “this is exactly how the Nazis started out.”

Actor and conservative commentator Ben Stein said Saturday that the protesters who berated Senate Majority Leader Mitch McConnell at a Louisville restaurant the night before are “becoming like the brownshirts in the early days of the Nazi Party.”

Mr. McConnell and his wife, Secretary of Transportation Elaine Chao, were confronted at the Havana Rumba restaurant by at least two hecklers who reportedly stole the couple’s leftover food off their table and threw it outside.

It was one of many similar incidents involving Republican politicians being heckled in public in recent months. Mr. McConnell was recently heckled by protesters at Reagan National Airport near Washington.

More on the Mitch McConnell incident:

Senate Majority Leader Mitch McConnell was confronted at a restaurant in Kentucky on Friday, according to CNN affiliate WLKY.

According to WLKY, McConnell, a Republican representing Kentucky, was dining at Havana Rumba in Louisville, Kentucky, with his wife, Transportation Secretary Elaine Chao, when a group of men approached the couple.

“Why don’t you get out of here? Why don’t you leave the entire country?” one of the men yelled at McConnell, WLKY reported.

“The leader and Secretary Chao enjoyed their meal in Louisville last night and they appreciate those who spoke up against incivility,” said Stephanie Penn, McConnell’s press secretary, in a statement to CNN. “They hope other patrons weren’t too inconvenienced by left-wing tantrums. As the leader often says, the Senate will not be intimidated by the antics of far-left protesters.”

WLKY also reported that McConnell’s to-go box was tossed out the door of the restaurant.