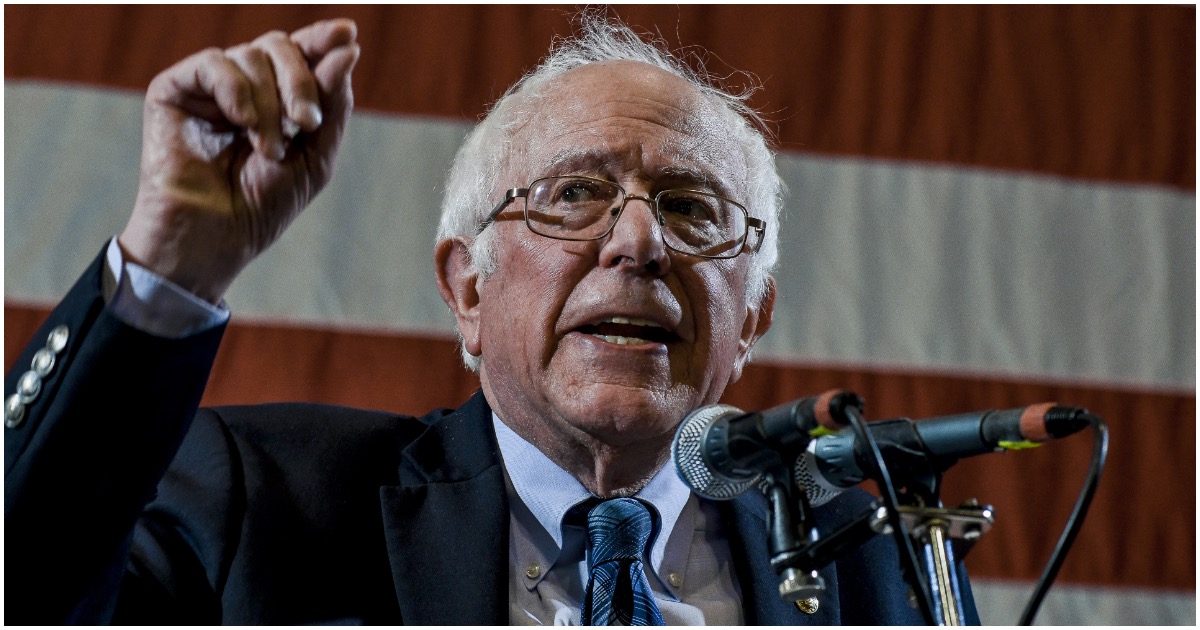 Sanders, an independent who ran for president in 2016 as a Democrat, added: “I happen to think that on election night we’ll find a very, very close situation and maybe a handful of votes determining whether Democrats gain control of the House.”

Top Democrats are working to manage expectations about a “blue wave” sweeping the party into power on Capitol Hill, urging caution about those predictions amid fresh signs that the midterms could be much closer than anticipated.

With just over two weeks to go before the critical elections, Democratic National Committee Chairman Tom Perez said Monday that he doesn’t use the term “blue wave” to talk about a possible victory for his party. Even though House Minority Leader Nancy Pelosi — who has her eyes on the speaker’s gavel — said just days earlier they could be looking at a Democratic “tsunami,” Perez predicted a tight race for control of Congress.

With only 15 days to go until Election Day, Democrats are considered to have a solid shot to retake the House, if not the Senate, where they face a more difficult map. Midterm elections have historically swung against the party in control of the White House.

Democrats need to pick up 23 seats to flip the Republican-controlled House.

Voter enthusiasm is high on both sides, and Trump’s approval rating, though still under water, is enjoying a well-timed uptick.

Sanders appeared on CNN’s “State of the Union” with Jake Tapper.

After being asked about Hillary Clinton saying Democrats cannot be civil while Republicans are in power, Bernie flew off into a tangent in order to attack “pathological liar” President Trump.

“Joining me now is independent Senator Bernie Sanders of Vermont, who caucuses with the Democrats. Senator, you just heard those comments from Holder, Clinton, and Michelle Obama,” Tapper said. “What do you think? Do you think Democrats have been too weak responding to Republicans in the past or do you subscribe to Michelle Obama’s mantra, ‘when they go low, we go high?’”

“You have a Republican leadership in the House and the Senate that tried, came within one vote of throwing 32 million people off of the health insurance they currently have,” he continued. “You have leadership there in the House and the Senate that wants to do away with pre-existing protections that people have in this country so they can get health insurance when you have cancer or heart disease.”

Sanders is calling on McDonald’s to follow in Amazon’s footsteps after they raised their minimum wage to $15 per hour:

I want to congratulate Jeff Bezos for doing exactly the right thing by raising the minimum wage at Amazon and Whole Foods to $15 an hour.

Let me thank the hundreds of Amazon workers who contacted my office and the Fight for $15 movement, which has been leading this effort.

McDonald's made $5.1 billion in profits last year and rewarded wealthy shareholders with over $7.7 billion.

That is unacceptable. McDonald's workers need $15 and a union. pic.twitter.com/oPj3nO3UPr

There’s just one shocking detail that is flying under the radar.

It’s apparently not important for the media to note that hourly workers are losing their monthly bonuses and stock awards.

Amazon, with centi-billionaire CEO Jeff Bezos at its helm, has increased its minimum wage for hourly workers to $15 per hour.

CNBC reported that the company confirmed via email that they are getting rid of incentive pay and stock option awards in order to afford the hike.

Amazon believes that their new plan “more than compensates” for the loss in benefits, CNBC reported.

“The significant increase in hourly cash wages more than compensates for the phase out of incentive pay and [restrictive stock units],” Amazon’s spokesperson said in a statement emailed to CNBC.

“We can confirm that all hourly Operations and Customer Service employees will see an increase in their total compensation as a result of this announcement. In addition, because it’s no longer incentive-based, the compensation will be more immediate and predictable.”

More from The Guardian:

Tim Roache, the GMB’s general secretary, said Amazon had not said “a dicky bird about cutting staff benefits” when the new hourly pay rates were announced.

Roache added: “This is a basically a stealth tax by the employer on its own wage increase – a clear case of robbing Peter to pay Paul.

“If Jeff Bezos – the richest man in the world – really wants to give hardworking staff a pay rise, he should let them keep their share options as well as increasing their hourly rate.”

Amazon confirmed the incentives were being withdrawn, and on a blog post explaining the changes to staff, the company said it had made the changes because “hourly fulfilment and customer service employees [said] that they prefer the predictability and immediacy of cash [to share bonuses]”.

It said it would be phasing out share bonuses and would replace them with a sharesave scheme, which allows employees to buy shares at a discount over three or five years.

Ben Stein on GOP Hecklers: ‘Exactly How the Nazis Started Out’ [WATCH]