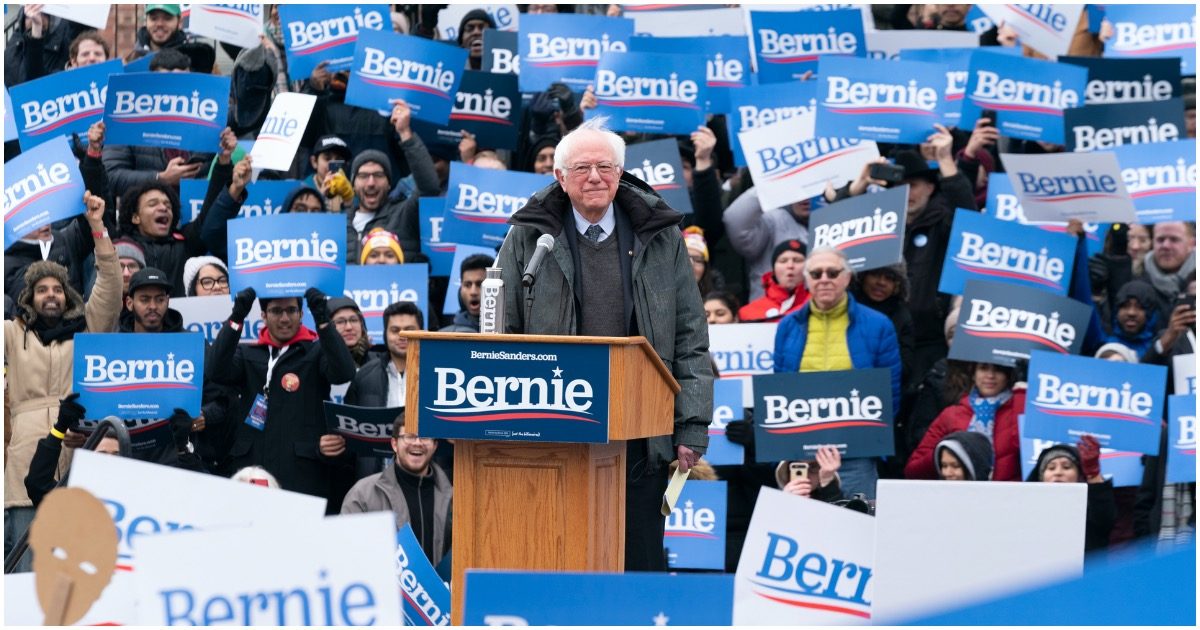 Supporters of Bernie Sanders are pretty ticked off that it’s looking more and more likely he won’t be the Democrat nominee for president. Some people, unfortunately, want socialism to come to America in full force and by any means necessary.

Now, “Bernie Bros” are warning the Democrat National Committee they could be in trouble if Biden takes on President Trump in November instead of Sanders.

As the presidential campaign of Sen. Bernie Sanders continues to crash and burn, the socialist’s most hard-core supporters are vowing they will never vote for Joe Biden at the ballot box — even if that means handing Trump a second term.

“We will never – NEVER boost or support Joe Biden or defend his abysmal record and terrible policy positions,” Henry Williams, executive director of The Gravel Institute, told The Post. “We will tell people, as we always have, to vote their conscience and to make decisions based on the interests of all the world’s oppressed people … I do expect a massive exodus from the Democratic Party.”

An untold number of additional Sanders fans almost certainly stayed home or voted third party in 2016 in an election plagued by low turnout on both sides. Green Party candidate Jill Stein earned more votes in each rust-belt battleground than the margin separating Trump from Hillary Clinton. One of those Jill Stein voters was Briahna Joy Gray — Sanders’ current campaign spokesperson.

Sanders once said, “It’s funny sometimes American journalists talk about how bad a country is because people are lining up for food. That’s a good thing. In other countries people don’t line up for food the rich get the food and the poor starve to death.”

There’s no room for debate. Democrats have tried to hide it from the American people, but the vast majority are not ignoramuses.

Bernie is absolutely, beyond any reasonable doubt, a full blown socialist.

For America to keep on winning, Trump must remain in office. If implemented, Bernie’s policies would wreak havoc on the United States in what would most likely be an unprecedented fashion.

Based on a new poll from Rasmussen, conservatives’ fears can subside for now. Trump beats Bernie head-to-head.

President Trump beats Democrat-Socialist Bernie Sanders by 50 percent to 43 percent, according to a poll released Wednesday by Rasmussen Reports.

Trump will need every single vote he can get next November. That goes without saying, obviously.

But it’s even more true when Hollywood and the mainstream media continues to campaign hard against him.

Two major polls from November 2019 have released some stats that will have Democrats retreating to their safe spaces like nobody’s business.

This quick example should show every Democrat why it’s not okay to support Sanders in 2020.

If Bernie somehow magically becomes president, he plans to categorically destroy the greatest nation that ever existed.

Flashback: Ocasio-Cortez Believes the ‘World Is Going to End In 12 Years’ [Watch]