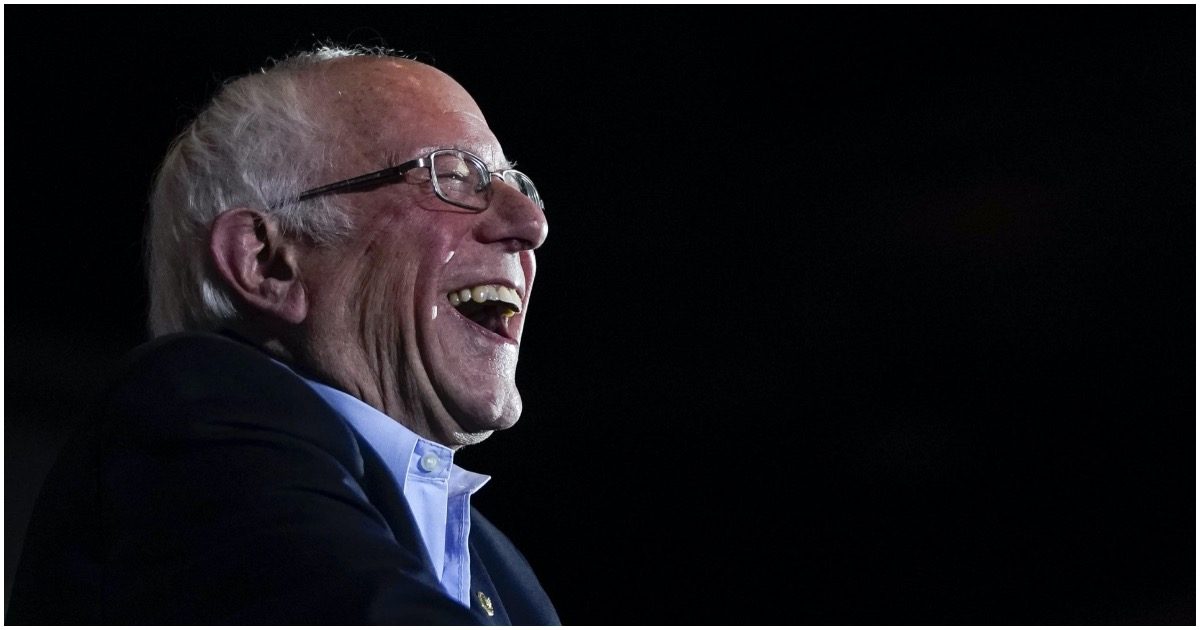 Not only can you be a liberal and a hypocrite simultaneously, but it’s pretty much preferred. Take Bernie Sanders (VT) and Elizabeth Warren (MA), for example. Two far-left presidential candidates who won’t shut up about “climate change,” yet don’t mind flying private from state to state to state. Say one thing, do another.

The Democratic front-runner was spotted Saturday making his way off of a private Gulfstream between campaign stops in South Carolina and Massachusetts — the latter being where he held a rally at Boston Common ahead of Super Tuesday.

Trending: Trump to Say He Is ‘Leader’ of GOP & Presumptive 2024 Frontrunner In CPAC Speech

Oh, and then there’s this…

So long (for now). @BernieSanders and @ewarren are both on their way back to DC. Here they each are boarding flights from the same general aviation area at DSM just 36 minutes apart. pic.twitter.com/iWLYh3cGKb

Instead of Jet-pooling? What kind of "carbon footprint" are they trying to make?

In defense of The Bernster, I also mistake Gulf Streams all the time.

TWO separate private jets going to dc & they can’t at least share?? and they want my family to not use a car or A/C & take public transportation to save the planet? 😂😂😂 #ClimateFrauds #ClimateProfiteers @tan123

Going green is for the peasants.

Hey, what's ours and theirs is his, right?
Isn't that what's in the manifesto he carries around with him?

So much for their Green New Deal. Hypocrites.

You’d think Democrats would have run out of silly things to say. After all, it’s non-stop nonsense, day and night.

And then, as if by magic, another Democrat pulls something even sillier than ever imagined out of their bag.

It’s also a talent. A gift, even – to be so silly. And each Democrat continually tries to out-silly the other.

“Silly” is probably putting it nicely.

Sen. Bernie Sanders (I-VT) participated in a criminal justice forum at Benedict College on Saturday and told a black male student — who asked for advice on how to handle an interaction with a police officer — to “respect what they [police officers] are doing so that you don’t get shot in the back of the head.”

.@BernieSanders to black student on how to handle getting pulled over by the police: “Identify who the police officer is – respect what they are doing so that you don’t get shot in the back of the head.”

Biden also dropped some pandering nonsense at the event, too…

Institutional racism should no longer exist. As president, I'll put forward change to help put an end to it. pic.twitter.com/DQtPzGIfNq

Federal Judge Scoffs at Proud Boys’ ‘Trump Made Me Do It’ Defense in Kansas Courtroom
February 24th, 2021 Liberty Hub

China Threatens To Leverage Key Resources To Force Its Will On Others (Like Us)
February 24th, 2021 The Lid