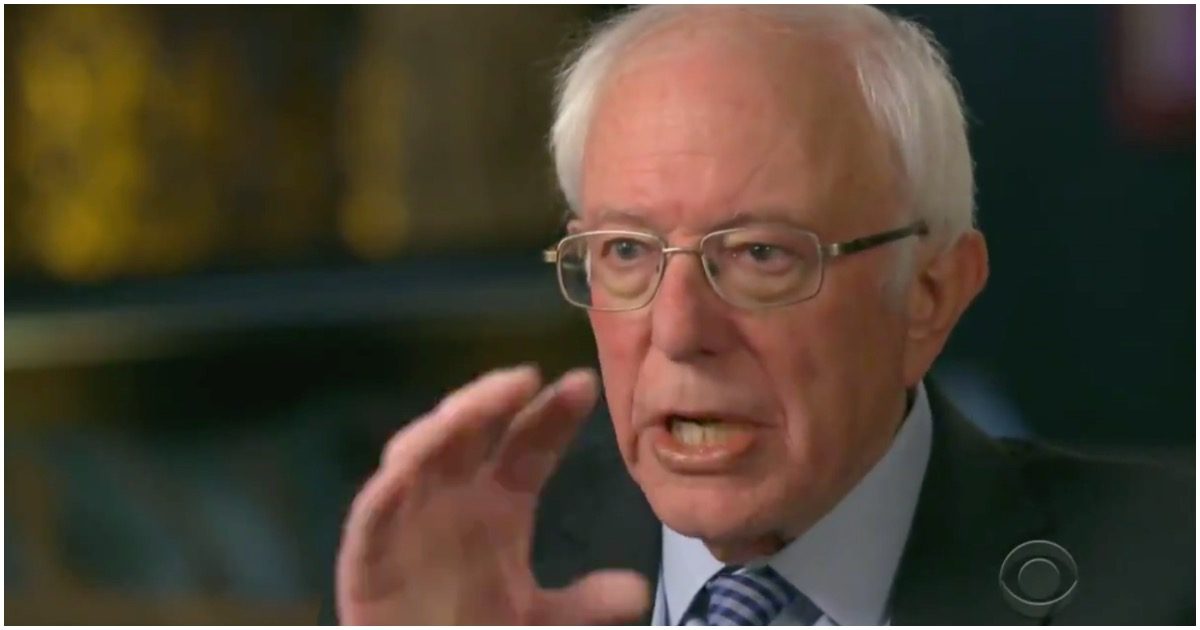 2020 presidential hopeful Bernie Sanders continues to make the case for why he definitely should not be allowed within 500 feet of the White House. On Sunday, he and Anderson Cooper started talking about health care. It only went downhill from there. From Daily Wire:

Socialist Bernie Sanders, the current front runner in the Democratic nomination race, told CBS News on Sunday night that his government-run health care system would not be “run by the government,” and that it just gets “rid of the private insurance companies.”

Sanders, whose proposal would force all Americans off of their private insurance plans and onto a government-run system, made the contradictory remarks during an interview with Anderson Cooper on “60 Minutes.”

If duh had a baby with LOL, their offspring would result in the birth of New York freshman Democrat Socialist Alexandria Ocasio-Cortez. Well, that’s assuming duh and LOL didn’t have an abortion, obviously.

AOC recently failed to make her point while arguing in favor of the conservative view. She does this often. That’s the problem with liberals. They are stubborn.

Socialist Rep. Alexandria Ocasio-Cortez (D-NY) complained about being on government healthcare on Sunday, saying that there were too many options available for her to deal with the “complex financial products.”

Members of Congress also have to buy their plans off the exchange. They are Gold plans that are partially subsidized.

That means I get to “choose” btwn 66 complex financial products.

This is absurd. No person should go without healthcare, &no one should go through this, either. pic.twitter.com/bIeD71CD5g

While I am VERY thankful to finally have health insurance, it is a moral outrage that it took me *getting elected to Congress* for that to happen.

The US needs to become an advanced society. That includes establishing healthcare as a right to all people.

And as someone who has now experienced many parts of the insurance spectrum (being uninsured, underinsured, and adequately insured) I don’t see how anyone can think our current healthcare system only needs a 10% improvement or a just few tweaks.

And once again, make sure to get insured if you can at https://t.co/oM59nhveTV

I know some folks are bristling at the fact that I am pointing that out, but we have to acknowledge the reality so we can move forward together.

During a speech in New Hampshire, Bernie, who is backed by AOC, told his fans how he plans to not only ruin their lives but the lives of every single person in America – legal or illegal.