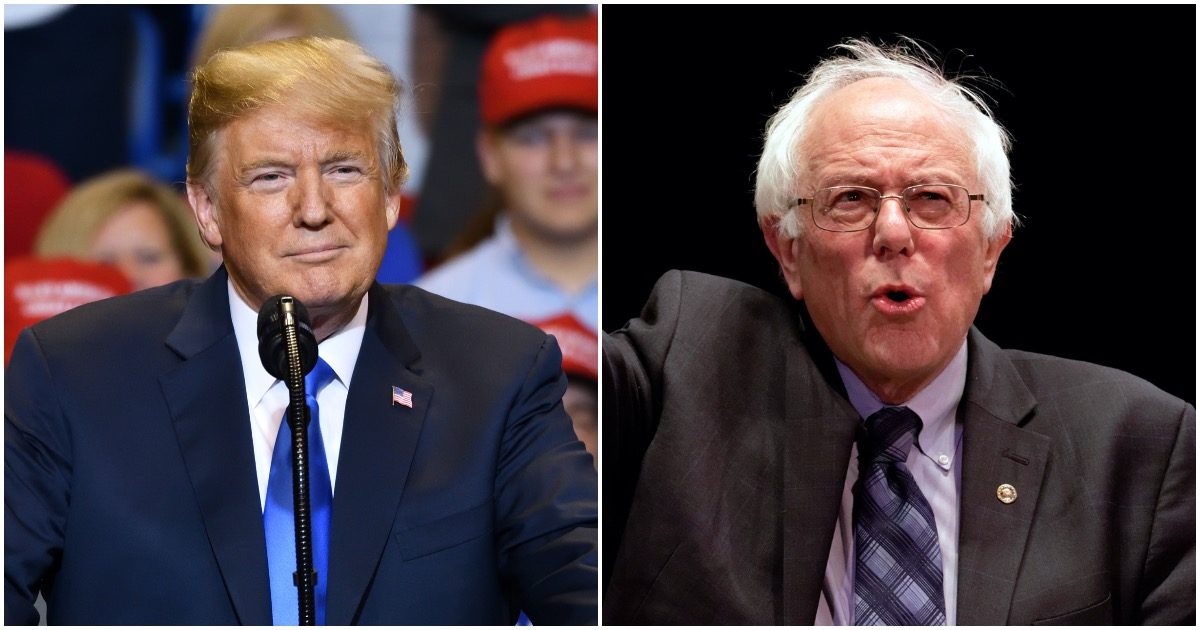 Deceased Iranian terrorist Qasem Soleimani might not be the only person in the world to have a bomb dropped on his head in the first month of the new decade. It looks like 2020 Democrat Socialist presidential candidate Bernie Sanders might feel the heat himself, soon enough. Both President Trump and Project Veritas’s James O’Keefe sent Twitter zingers on Sunday evening, and they have the Vermont senator directly in their crosshairs. From Daily Wire:

President Donald Trump and journalist James O’Keefe hinted on Sunday that something big is about to drop on Democratic presidential candidate Bernie Sanders as the 78-year-old socialist has surged in recent polls.

Wow! Crazy Bernie Sanders is surging in the polls, looking very good against his opponents in the Do Nothing Party. So what does this all mean? Stay tuned!

Stay tuned everyone. Something very big is going to happen.

In a recent interview with Politico, Jim Messina, Barack Obama’s 2012 campaign manager, warned Democrats that if Sanders is the Democratic nominee that Democrats will struggle across the board in national elections.

During a speech in New Hampshire, Sanders told his fans how he plans to not only ruin their lives but the lives of every single person in America – legal or illegal.

During a recent interview with a left-wing outlet, the embattled Democrat Socialist made it clear to those who weren’t yet aware: he is not a capitalist.

Sanders said, “I am, I believe, the only candidate who’s going to say to the ruling class of this country, the corporate elite, ‘enough, enough with your greed and with your corruption.'” We need real change in this country.”

It physically hurts to read this tweet from Bernie Sanders.

But you have to see it.