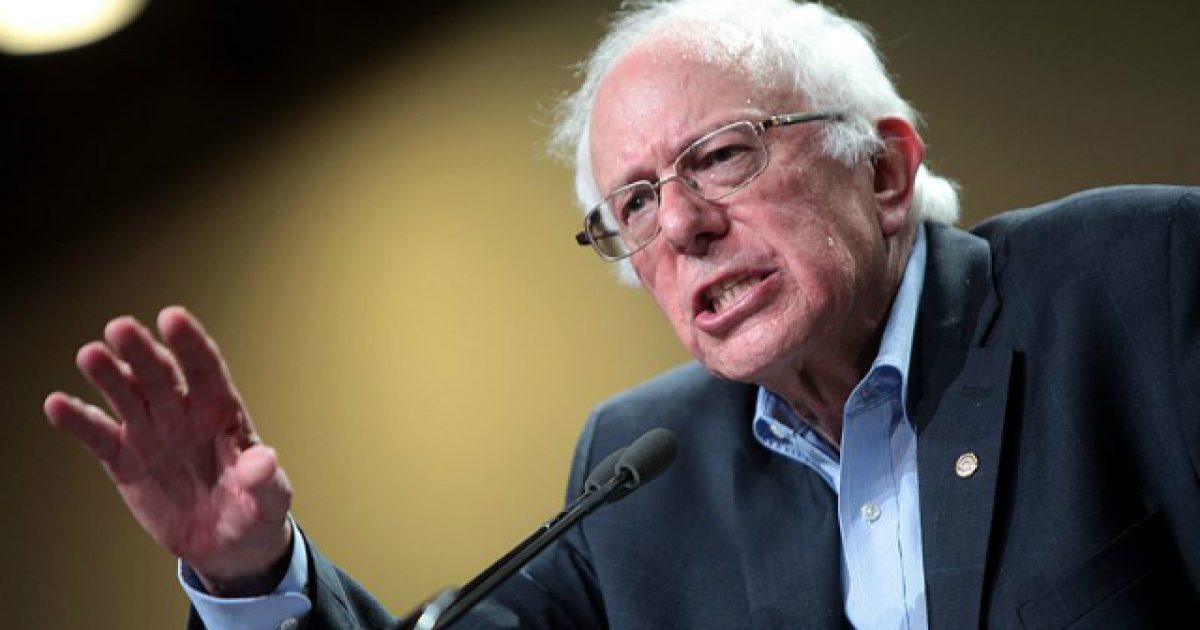 Sen. Bernie Sanders, a raging Democratic Socialist, took a few shots at fellow Democratic leaders for getting behind a smaller coronavirus relief package after rejecting the one offered by President Trump.

The original package offered by the president was for $1.8 trillion. The new proposal is smaller at $908 billion. Why would they do that?

Apparently because they hate President Trump that much.

In fact, Sanders goes on to admit that they held up negotiations on a relief package on purpose because the despise the commander-in-chief so much.

CNN host Jake Tapper asked the senator whether it was a mistake for Democrats to walk away from the White House’s $1.8 trillion bill, which likely would have included $1,200 direct payments to all Americans, when House Speaker Nancy Pelosi was proposing a $2.2 trillion bill at the time.

“What we need is a compromise. I know I can’t get everything that I want. But this bill really is not a compromise,” Sanders said of a $908 billion stimulus package that a bipartisan group of senators introduced last week. “It gives the Republicans almost everything that they wanted.”

So there you have it, folks. Bernie Sanders and Speaker of the House Nancy Pelosi have both admitted to playing politics with the suffering of American citizens. And yet, people are still voting to keep them in office. Over and over again.

These people are career politicians. All they want is to keep you down and suck as much tax money as possible from you bank account so they can get wealthy off your hard earned paycheck. It’s disgusting.