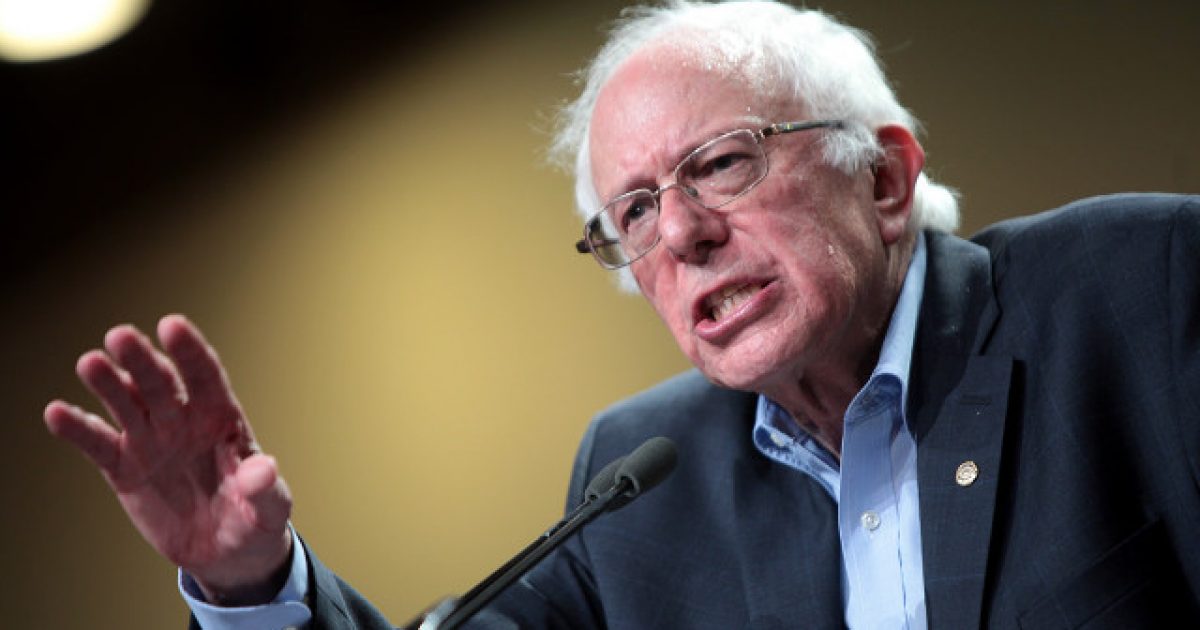 Sen. Bernie Sanders has decided that actually attempting to tackle the important issues of the day is a strategy that’s just not working out for him, so he’s going to adopted the more time tested, Democrat approved tactic of name calling.

You can never go wrong with abandoning sound reason and calm discourse for tossing out empty labels like “racist,” “homophobe,” and “sexist.” Those are fan favorites after all.

Speaking with SiriusXM Progress on Monday, the socialist Bernie said that Tuesday’s midterm “is the most important midterm election in the modern history of this country.”

“We have a president of the United States who is a pathological liar, who really does not understand the difference between truth-telling and lying,” said Sanders. “He lies every day.”

But President Trump is not only a liar, according to Sanders, which is bad enough; he’s everything else in the lexicon of vice.

“In addition,” Sanders said, “he is a sexist, a racist, a homophobe, a xenophobe and a religious bigot. He is trying to do what we have never seen in the modern history of this country to do what he is doing right now, to gain votes by trying to divide the American people up based on where we came from.”

The socialist went on to say that President Trump’s closed border stance against the caravan from Honduras means he hates Latinos.

Appealing to fear, Sanders stated that if Democrats don’t get out and vote, this will lead to an increase in racism, homophobia, and sexism.

“If people don’t want to see millions of their fellow Americans thrown off of health care through the repeal of the Affordable Care Act, if people want to raise the minimum wage to a living wage, if you want to lower the cost of prescription drugs, if you want to deal with climate change, if you want to combat racism and sexism and homophobia, you better be coming out tomorrow, because Wednesday is too late,” he said.

There’s no doubt that there’s some folks in the Republican Party who are indeed racists, homophobes, and sexists. It’s not rational to dispute that reality. However, the left needs to stop acting as if this isn’t a problem among their own ranks, because it is.

We know this is true because human beings are born into this world fallen, sinful, wicked human beings. The above mentioned labels are but a few outward expressions of that inward corruption. The only hope any of us have of overcoming our sin is through faith in Christ.

However, a person’s political ideology does not automatically make them racist or sexist. Being a conservative or liberal should never get an entire group of people slapped with such labels. That sort of generalizing is just plain morally wrong.