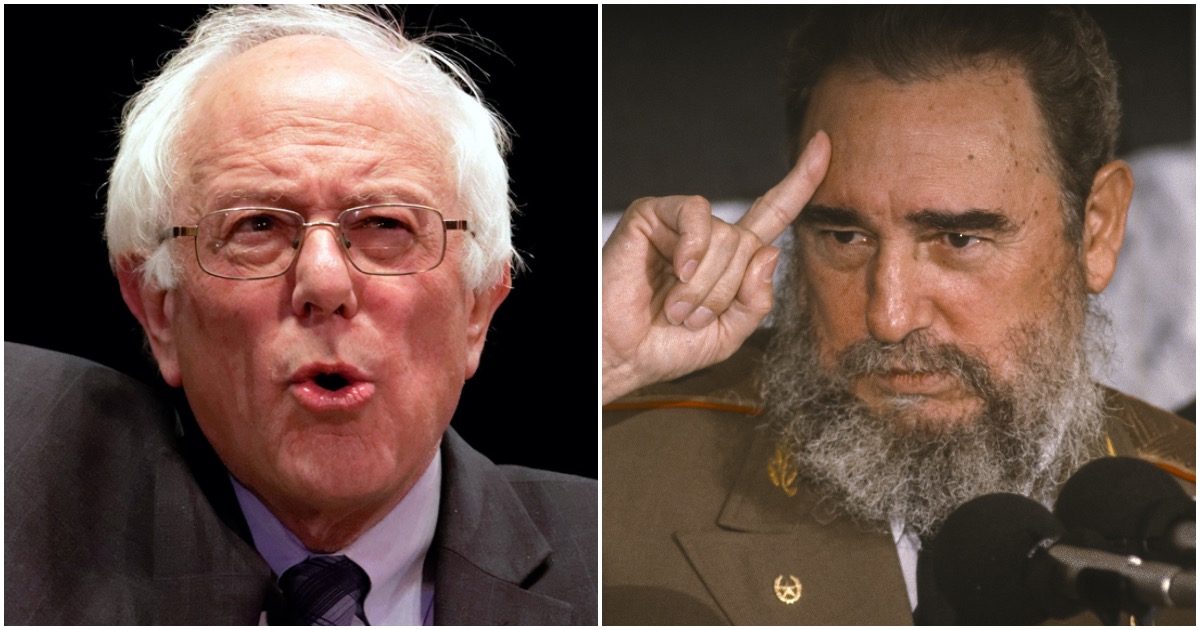 The more Bernie Sanders speaks about how far left he truly is, the bigger the smile on President Trump’s face becomes. Likewise, Democrats are in full-blown panic mode because they know there’s not another candidate who can slow his momentum.

During his “60 Minutes” interview on Sunday, the 2020 socialist presidential candidate praised the regime of murderous dictator, Fidel Castro. You can’t make this stuff up.

In “60 Minutes” interview, Sanders goes out of his way praise elements of Castro’s reign of Cuba.

“We’re very opposed to the authoritarian nature of Cuba but it’s unfair to say everything’s bad. When Castro came into office you know what he did? He had a literacy program.”

Bernie Sanders defends his 1980s comments about Fidel Castro in an interview on 60 Minutes. https://t.co/ySqvQKoiBU pic.twitter.com/lTwuXWp9sA

Every dictator has done good things. I’m sure the thousands of political prisoners and executed rivals were grateful for the uptick in literacy. https://t.co/1z5QOVzlhS

Literacy is always a good thing in a totalitarian dictatorship.

You want to be able to read those 50 year old books donated to the prison library as you do your 15 year stint for being critical of the state. https://t.co/3Q9NBDHCwO

Leave aside the Florida political angle, that's just politics. @BernieSanders keeps telling you who he is. Believe him. https://t.co/hRJPA69tMh

Bernie: My Health Plan Not Government-Run, Just Gets ‘Rid of Private Insurance Companies’