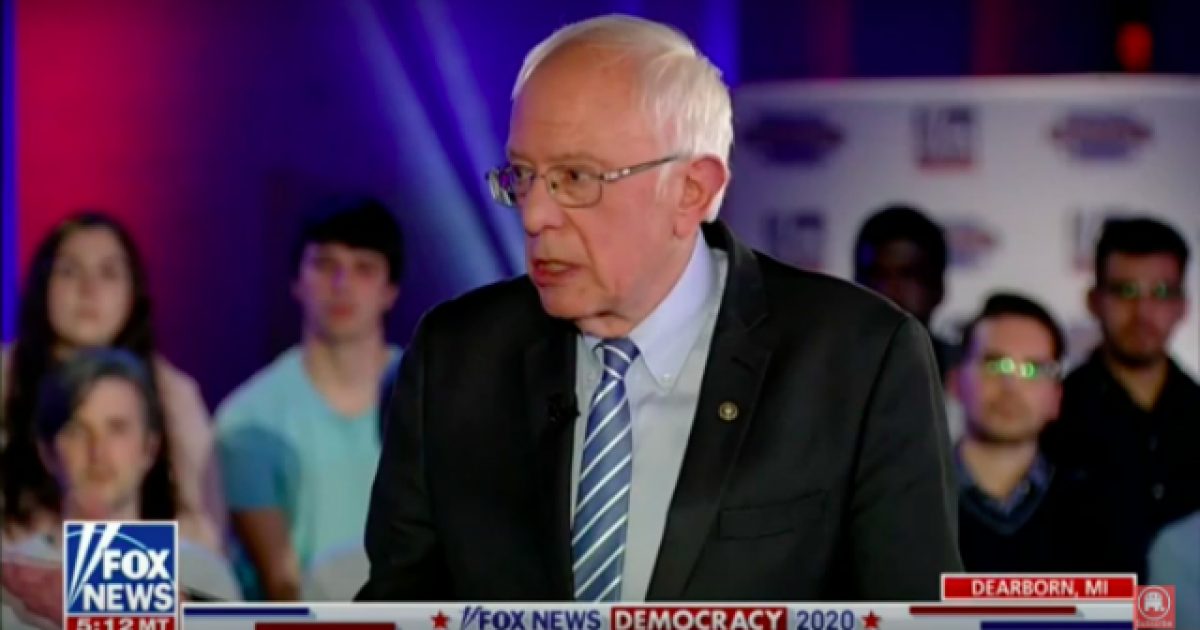 Sen. Bernie Sanders stated on Monday during a Fox News town hall event that he has absolutely no regrets about expressing praise and admiration from vile Cuban dictator Fidel Castro, despite all of the pushback he’s receiving from both Democrats and Republicans

Fox News anchor Bret Baier asked Sanders about the comments he made praising the literacy program in Castro’s Cuba during an interview on 60 Minutes.

Check out more from The Free Beacon:

Sanders, who has fallen behind former vice president Joe Biden in the race for the Democratic presidential nomination, attempted to blame the media for the backlash he received for praising Castro.

“I know it’s hard given ‘gotcha’ questions,” Sanders said. “Given the media that we deal with and everything else, you say something and people can beat up on you. I think you’ve got to tell the truth. So, if in China they’ve reduced extreme poverty, does that make me a communist who supports China? No, I’m just telling you a simple fact.”

Baier later brought up the criticism that Sanders was catching from Rep. Stephanie Murphy from Florida, prompting the Democratic Socialist to respond with, “Of course they did.”

“So what? I’ve got a lot of Democrats who are attacking me as well. You know that. Nothing new there,” Sanders replied.

When Murphy spoke on the subject she said, “Whether the subject is Cuba, Venezuela, Nicaragua, Israel or other foreign policy challenges, [Sanders] has consistently taken positions that are wrong on the merits and will alienate many Florida voters now and in the general election if he is nominated.”

Praising a murderous dictator is never, ever a good look, especially for someone who is running for president. Sanders made a huge misstep by giving props to an oppressive regime that is most famously known for attempting to silence people by threat of death or imprisonment.

Even liberals here in America aren’t too crazy about all of that junk. This could become a big deal breaker for a lot of voters and could negatively impact Sanders’ campaign.

ICYMI: Hillary Clinton Says I Am ‘The Most Investigated Innocent Person In America’