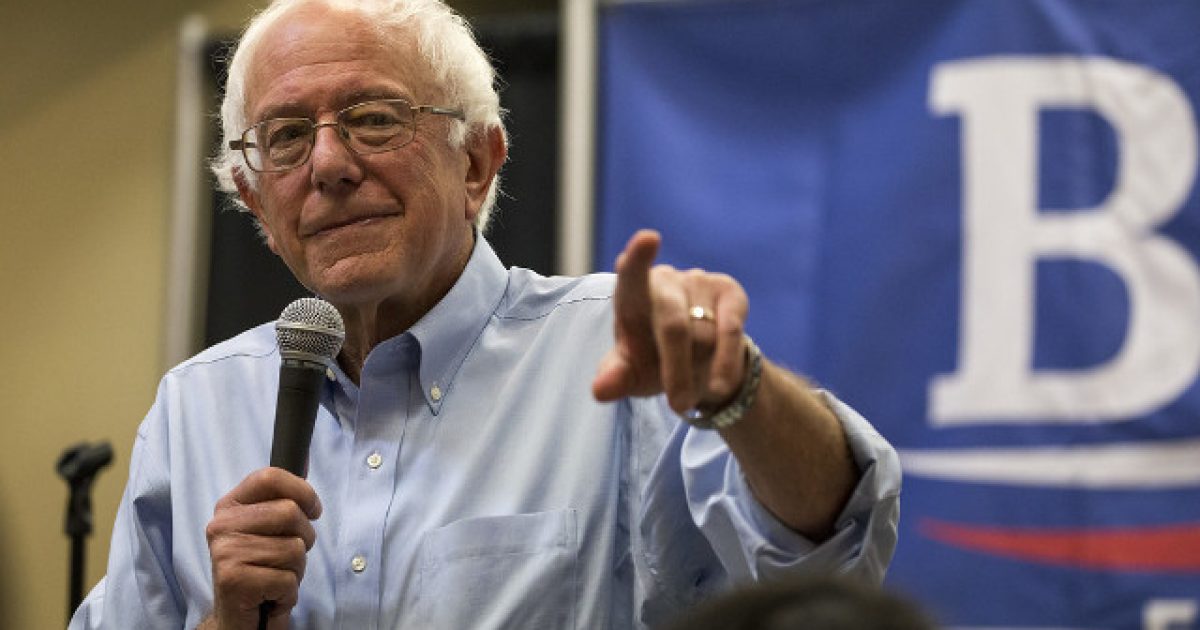 Sen. Bernie Sanders is in full campaign mode, and given his extreme, socialist bent, he’s doing what any good Democratic candidate would do in his position, which pander his pants off.

Who is Sanders dedicating his time to sucking up to? The illegal immigrant vote of course. The socialist has stated that if he should win the White House, he fully plans on imposing a moratorium on all deportations, which is sure to win him major points with Democrat voters and those residing in the country illegally.

Sanders was speaking at an event hosted by the progressive Latino group Mijente in Las Vegas when he unveiled this new immigration proposal.

“We are going to end the ICE raids that are terrorizing communities all across this country,” Sanders said. “We are going to impose a moratorium on deportations. And we are going to, as I mentioned — and there are some things that a president can do with executive orders and some things you can’t.”

We must treat undocumented people with dignity. When we are in the White House, we will end the ICE raids which are terrorizing communities all across this country and impose a moratorium on deportations.

The proposal presents a clear trajectory of where illegal immigration policy would go under a Sanders administration. If you choose to stop deporting illegal immigrants, the next step down would be to detain them when they are found living in the U.S. illegally.

But since detention facilities are already overwhelmed, resulting in poor conditions at some locations, indefinite detention during this deportation moratorium would not be a viable option. So, the only other choice would be to release them — or not seek to find and arrest illegal immigrants at all.

Folks just do not seem to understand the threat that illegal immigrants pose to our nation, both in regards to physical safety and economic security.

The vast majority of individuals who cross the border illegally end up on welfare programs like food stamps and Medicaid. The money necessary to support the folks who would just walk into our nation if Sanders were in power would wreck our current system and threaten to potentially collapse it.

Then again, maybe that’s exactly the point. Maybe they want to collapse things and rebuild a socialist nation from top to bottom. Or it’s possible they’re just ignorant and foolish people.

Regardless, this kind of immigration policy is bad news for our country, so we must work tirelessly to ensure Sanders doesn’t get into office anytime soon.