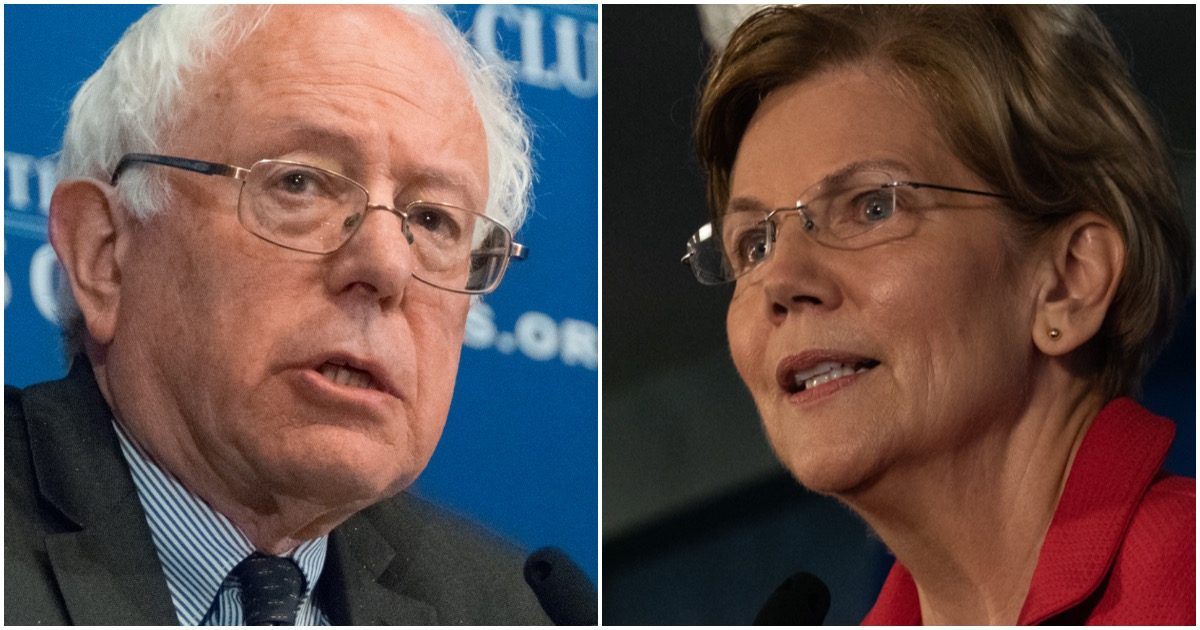 Yeah, go figure. Two of the top 2020 Democrat presidential candidates are set to do something silly for a group that advocates on behalf of a nation that hates America just days after that nation nearly set off WWIII.

Democrats gonna Democrat, no matter what day of the week. It’s as if Bernie Sanders (VT) and Elizabeth Warren (MA) have no clue what’s going on whatsoever, so long as the uninformed continue to support them in random polls.

Democratic presidential contenders Sens. Elizabeth Warren (D., Mass.) and Bernie Sanders (I., Vt.) are slated to host a conference call with an Iranian-American advocacy group that has been accused of lobbying on Tehran’s behalf.

Sen. Bernie Sanders: “If I can’t win an election on my ideas, then I should get the hell out of politics.”

He's already collecting social security. He will get a pension from his time in the Senate. He can downsize and sell one or more of his houses. Jane can get a job.