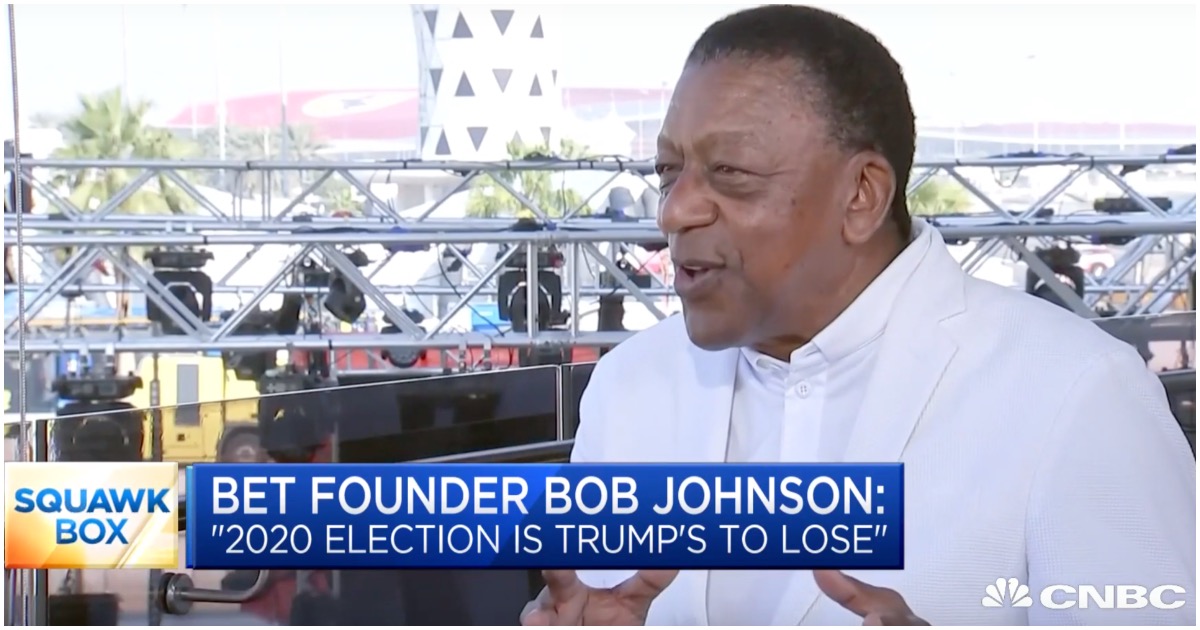 Robert Johnson didn’t become a billionaire by being an ignorant man. That being said, the founder of BET probably just ticked off the vast majority of the people who tune into his channel. Naturally, the reason involves defending President Trump. From CNBC:

He explained that Trump “brings his style” to the way he handles issues such as in foreign policy or immigration. That’s something that the president’s supporters like and the reason why they voted for him and will do so again next year, added Johnson.

Trump’s ability to “dominate the news cycle” also puts him above his challengers, according to Johnson. He explained that Democrats often gets caught up and agitated over what Trump says, and then lose focus on substance. In addition, he said none of the Democratic presidential candidates appear to be “enough in the center” where most voters are, particularly African-American voters.

Johnson noted, “I think the president has always been in a position where it’s his to lose based on his bringing a sort of disruptive force into what would be called political norms.”

Then again, Hillary Clinton most likely will run for president once again.

Confusing, sure. But these are the times in which we live.

Which is worse? Both.

They are both worse.