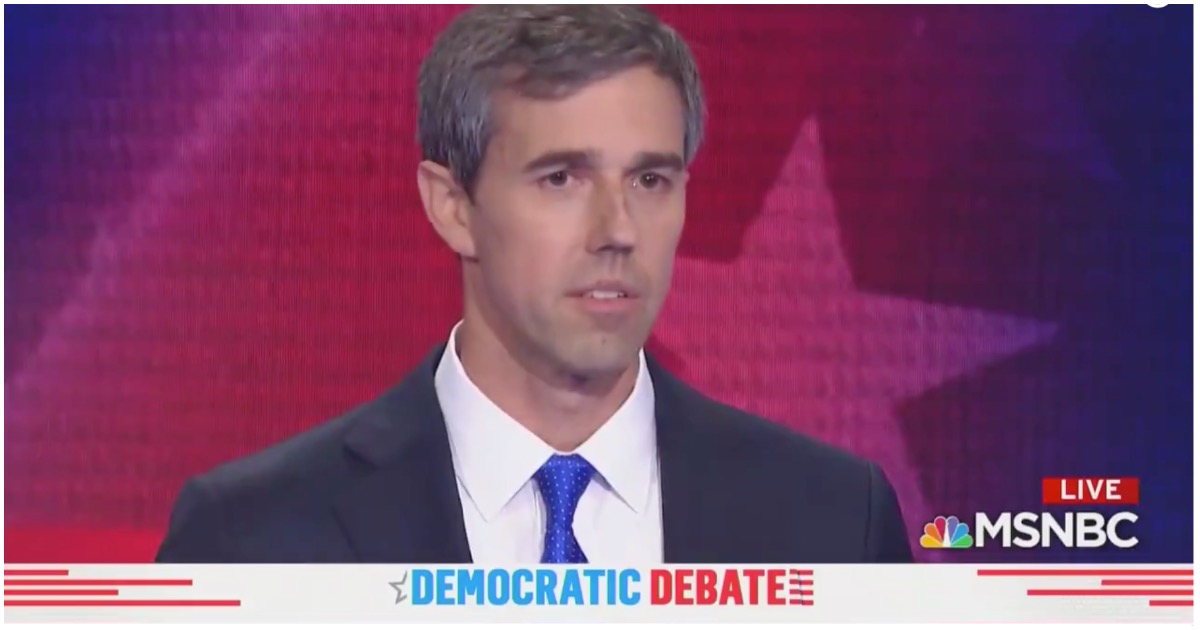 Doing his best to pander to the uninformed, white Irishman Robert Francis “Beto” O’Rourke busted out some Spanish at the Democrat debates.

In doing so, he completely dodged the question at hand.

During the first primary Democratic debate on Wednesday night, failed senate candidate Robert ‘Beto’ O’Rourke dodged his first question of the night, which concerned his potential support of a 70% margin tax rate.

Moderator Savannah Guthrie asked, “Some Democrats want marginal, individual tax rate of 70% of the very highest earners, those making more than $10 million a year. Would you support that, and if not, what would be your top individual rate be?”

O'Rourke refuses to answer the question and starts speaking Spanish

Moderator: “Mr. O’Rourke, what do you think about this specific tax plan?”

Moderator: “Yeah but the tax plan…”

Moderator: “Mr. O’Rourke, what do you think about this specific tax plan?”

Moderator: “Yeah but the tax plan…”

Top tax rate question. Beto: If I answer in Spanish, it won’t be used in ads against me.

Top tax rate question. Beto: If I answer in Spanish, it won't be used in ads against me.

“Beto” was asked if he’d prosecute President Trump if he became POTUS.

The failed Senate candidate replied, “yes,” he would.

STEPHANOPOULOS: “Even if the House impeaches, the Senate isn’t going to convict the president. If you win in 2020, would you the Justice Department to pursue charges against President Trump?”

O’ROURKE: “I would want my Justice Department, any future administration’s Justice Department to follow the facts and the truth and to make sure at the end of the day there’s accountability and justice, without this, without that, this idea, this experiment of American democracy comes to a close. We were attacked unlike any other time in our 243-year history and we have a president who yet to acknowledge it and a president who has yet to be brought to justice. Yes, no matter who that is.”

"He did," Beto O'Rourke says when asked if Pres. Trump committed crimes that can be prosecuted.

WATCH: Ilhan Omar Stunned Speechless When Confronted About Her Brother/Husband

Cuomo Says ‘You Know Who’ is Responsible for ‘Every’ COVID Death in America
October 29th, 2020 Liberty Hub