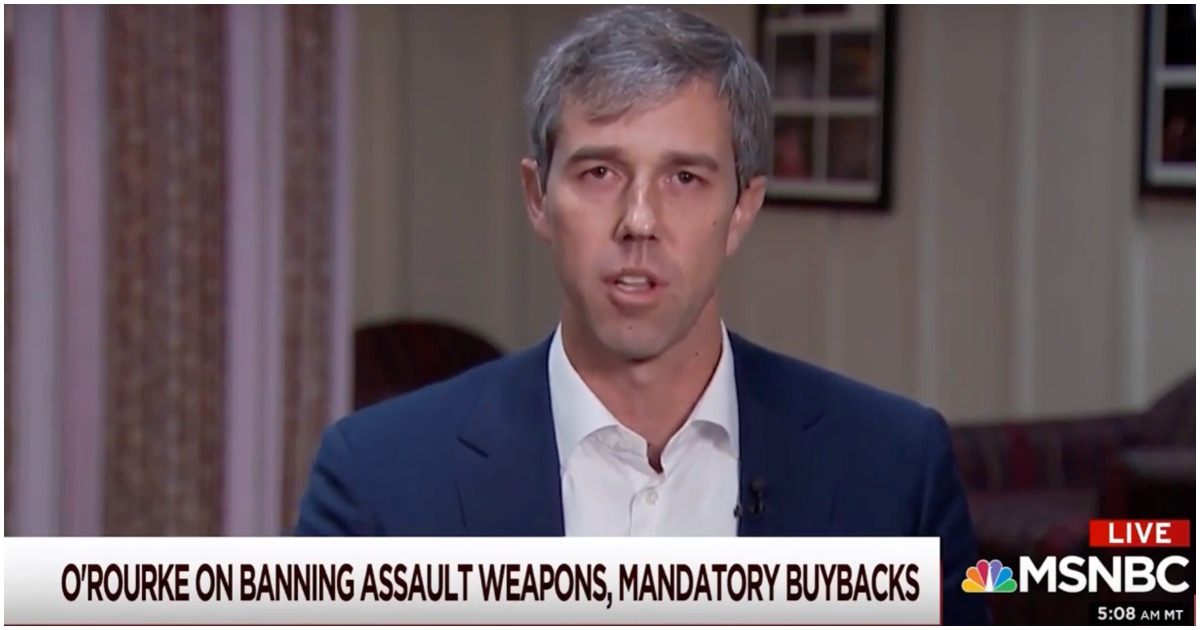 Beto O’Rouke loves America so much that he wants to completely tear her down and start all over. Forget the 1st Amendment and, well, every Amendment! Who needs ’em? In Beto’s America, everything will be just dandy.

But don’t forget…in Betoville, there are no guns for law-abiding citizens. Are we all good with that? You want to protect your family against a home invader? Use a fork. For now. Until those are banned, too.

You want to go hunting? Better bring your sling-shot! Democrats, I tell ya. It’s as if they are working overtime to get President Trump re-elected. Conservatives really don’t have much to worry about.

Beto said, “I think just as any law is not followed or flagrantly abused, there have to be consequences or else there is no respect for the law. So in that case I think there would be a visit by law enforcement to recover that firearm and make sure that it is purchased back so that it cannot be potentially used against somebody else.”

O’Rourke had previously stated that he believes “Americans will follow the law” but that there would be “consequences from law enforcement” if they don’t. However, he did not clarify until Wednesday that police officers would “visit” people to take their guns away.

During last month’s debate, O’Rourke said, “Hell yes, we’re going to take your AR-15, your AK-47.” The comment was met with swift condemnation by Republicans and many Democrats who said it was tantamount to confiscation.

Check him out. He’s standing in the forest, alone, gesturing wildly like he just shotgunned a Red Bull.